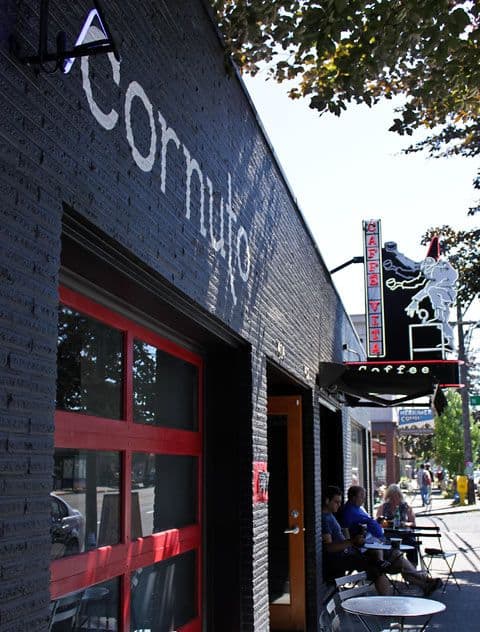 Look out, Ballard: Phinney Ridge is giving you a run for your money! At least when it comes to new restaurants. A year ago it was all Ballard all the time (Walrus, Staple), but this summer it’s all about the Ridge.

I mean that literally: The Ridge Restaurant, from the owners of Prost! and Nickerson Street Saloon, will be supremely kid-friendly, from the pizza and sandwich menu to the large tables and shuffleboard table in back. The opening is set for early September, and they’ll serve both lunch and dinner.

Cornuto Pizzeria (owned by and next to a new location of Caffe Vita) opened in June on 74th and Greenwood Avenue with an expansive back patio. And in an attached space an outpost of Capitol Hill’s Bluebird Ice Cream will be opening (Bluebird also has a new location in the works in Fremont!).

But even better than Bluebird’s amazing ice cream: they’ll be brewing beer, too, so bring your growlers or just pop in for a beer float.

And last but hardly least, A La Mode Pie’s Chris Porter is opening his first shop in the hood in September, too. It’ll be in the old Dolly’s Dollhouse space on Phinney and 58th. Porter’s opening in September, but pie lovers can have his pies delivered now, as always. And after the shop opens? He promises that free (!) in-city pie delivery will continue. Phew.