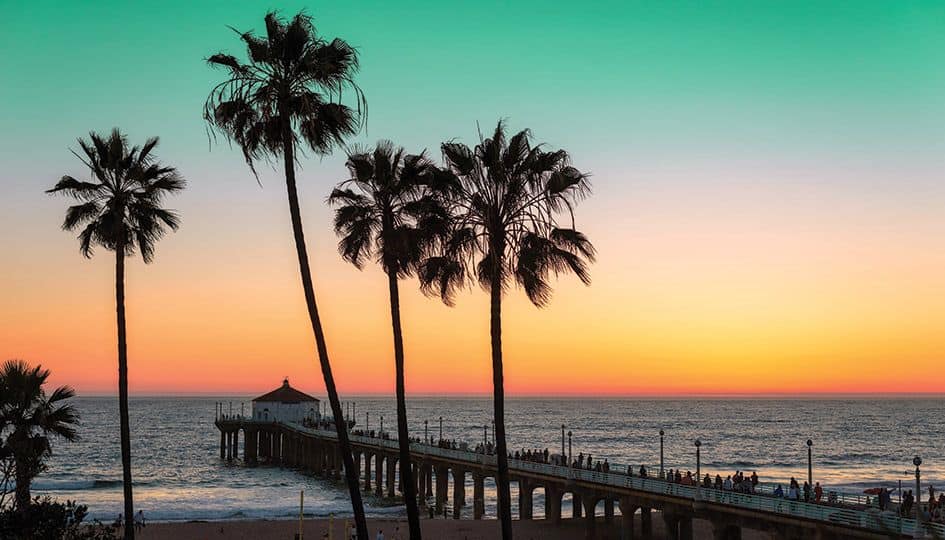 This article appears in print in the May 2020 issue, as part of our Getaways Guide. Click here to subscribe.

Editor’s note: Due to the COVID 19 health crisis, we recommend you save this trip for a time when it’s safe to leave your house. Many of these businesses are not fully operational, and some of the more rural areas we write about in our travel coverage don’t need an influx of Seattleites right now. But it’s fun to dream, isn’t it?

When the sun seems a distant memory in Seattle, a flight of less the three hours to Los Angeles is a small price to pay for some precious vitamin D. But even when summer here is booming, a long weekend in LA can be a welcome cultural shot in the arm—just make sure you’re not wasting more time fighting traffic in your rental car than absolutely necessary. Instead, pick a neighborhood home base (lodging options of all kinds are abundant in the big city) and go deep.

West Hollywood
This neighborhood (actually an independent city within Los Angeles County) crams a lot into its 1.9 quintessentially LA square miles. Catch up-and-coming and established comedians at The Comedy Store and Largo at the Coronet; see and be seen at famed celebrity hangout Chateau Marmont, or The Rooftop of the haute-cool Standard hotel. Hike in nearby Runyon Canyon or drive the serpentine Mulholland Drive through the Hollywood Hills. WeHo is home to approximately 1 zillion restaurants, among them classics like old-school Italian spot Dan Tana’s, new-school Peruvian at Rosaliné, most of Real Housewives’ Lisa Vanderpump’s restaurant empire (if that’s your scene), and new ventures like the Cannabis Cafe, the nation’s first weed-centric restaurant; for an additional charge, order menu items, from shakshuka to steak frites, infused with THC.

Downtown LA
Don’t let the crush of cultural options in downtown LA overwhelm you, but get ready, because there are a lot. Hear the Los Angeles Philharmonic (with luck, under the baton of music director Gustavo Dudamel) at the Frank Gehry–designed Walt Disney Concert Hall. If sports are a priority head to the Staples Center to cheer on the Lakers—or Sparks, or Clippers, or Kings. See world-class theater, music and dance at the Ahmanson Theatre. Like contemporary art? General admission to The Broad museum is free. Inside fancy-schmancy commercial area ROW DTLA, you’ll find Michelin-starred Japanese spot Hayato, and on Sundays, you can stuff yourself at the open-air food market Smorgasburg (an offshoot of the Williamsburg, Brooklyn original). Plan B: Stuff yourself any day of the week at nearby Grand Central Market.

Santa Monica
If enjoying sun without sand feels silly to you, stick close to the water’s edge. The most famous landmark in Santa Monica (other than the 3.5 miles of beautiful beach) is the Santa Monica Pier, home of the family-friendly Pacific Park amusement park and the official end point of Route 66. Shop your way through the Third Street Promenade toward a laid-back lunch at nouveau Californian-Mexican restaurant Onda. Or spend your swimbreak strolling south, past the displays of physique at Muscle Beach and on to Venice Beach, that strange mash-up of counterculture and capitalism, to track down food truck Teddy’s Red Tacos, named for the beefy, crimson consommé that gives many of the dishes their signature color.

Silver Lake
Eating your way through the hipster enclave of Silver Lake and environs is both a joy and privilege, from breakfast tacos at HomeState to dan dan noodles at fast-casual Taiwanese-Chinese spot Pine & Crane. Or maybe you prefer Night + Market Song’s mouthwatering, authentic Thai? Or Spoon & Pork’s Filipino comfort food? Walk it off with a circuit around the Silver Lake Reservoir, dance it out to a concert at The Satellite or make the quick drive up to Griffith Park and its famous observatory—from there, the nighttime view of city lights sweeping all the way to the ocean is breathtaking. Then, ditch your car and try your luck at the teeny-tiny, cash-only hut of wonders that is Tiki-Ti—you’ll be glad you’re not driving.

Down by the Bay: A Long Weekend in California Wine Country

Fly into San Francisco for a wine-centric experience blending of culture, cuisine and tasting rooms