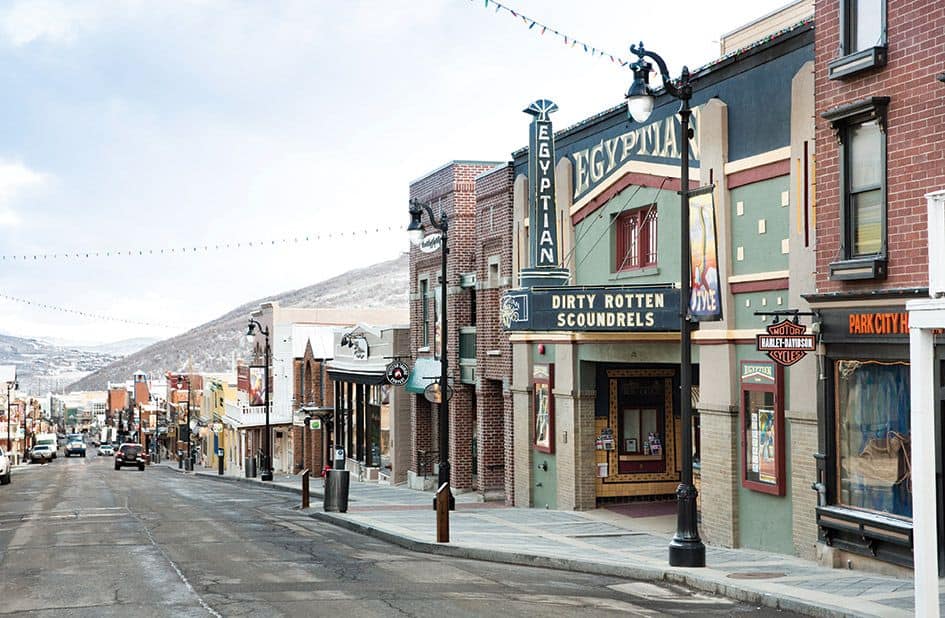 Which do you post first, your Banksy photo or your bear pic? I’m wandering down Park City’s steep, picturesque Main Street on one of those impossibly clear winter days in which mountain towns seem to specialize, all cerulean sky and dazzling sun. On one corner, a kneeling figure is spray-painted onto a shop’s pale yellow exterior wall; the heavy wooden frame surrounding it identifies its enigmatic street-artist creator: “BANKSY.” Just down the hill, a huge bronze bear named Franz, whose dangling feet and woeful face I find unendingly charming, sits on a bench, ready for snuggly photo ops.

Mountain resort towns often seem unapproachable to nonskiers, including myself, but Park City doesn’t take itself too seriously. After knife-and-forking a sloppy, delicious (if ski-town pricey) egg sandwich at Riverhorse Provisions, at the top of Main Street, I check out the snacks at this eclectic general store, which illustrate the city’s high-brow/low-brow, fancy/functional dichotomy nicely: How often do you see instant mac and cheese sharing shelf space with imported Italian truffles?

Located high in the Wasatch Mountains looming over the Salt Lake Valley, Park City was officially incorporated in 1884, 16 years after silver was discovered in the area. One hundred and thirty-six years later, Park City’s fame comes not from silver but from skiing and Sundance, the world-renowned film festival which takes over the town for nearly two weeks every winter. The 2020 Sundance Film Festival wrapped up on February 2, which gives film fans ample time to plan a visit for the 2021 fest. 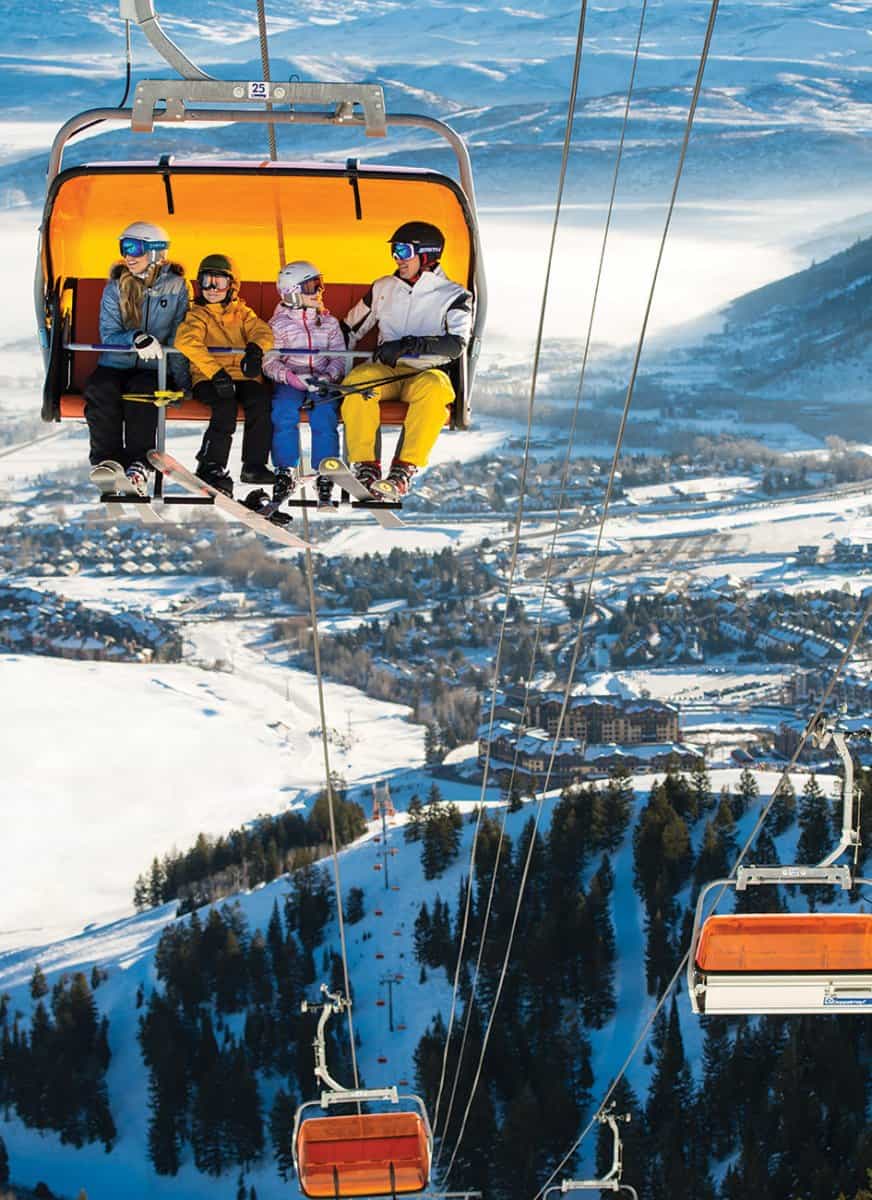 For the increasing number of Seattleites without cars, this Utah locale is an easy weekend trip: Salt Lake City is a two-hour flight from Seattle, and Park City proper is a 45-minute drive from the Salt Lake City airport. Rent a car or take one of the many shuttle services up the mountain; alternatively, ride a regional bus ($4.50) from central Salt Lake City to Park City. Once you arrive in Park City, all public transit is free, and most of it is electric. Park City is a national leader in carbon neutrality efforts, aiming to power city operations with 100% renewable energy by 2022, and the entire local community by 2030.

Ski season is in full swing this time of year, with slopes usually open until mid-April. Park City Mountain Resort is the largest ski area in the country, with more than 300 trails and 7,300 skiable acres, and a chairlift that whisks you directly from Main Street to the mountain. Deer Valley’s 103 runs (skiing only) are only a short shuttle ride away, and if you prefer to enjoy snow without hurtling down a mountain, check out the area’s many winter hiking, cross-country skiing or snowshoeing opportunities.