The backlog of untested rape kits goes back years, and it's hindering the justice process 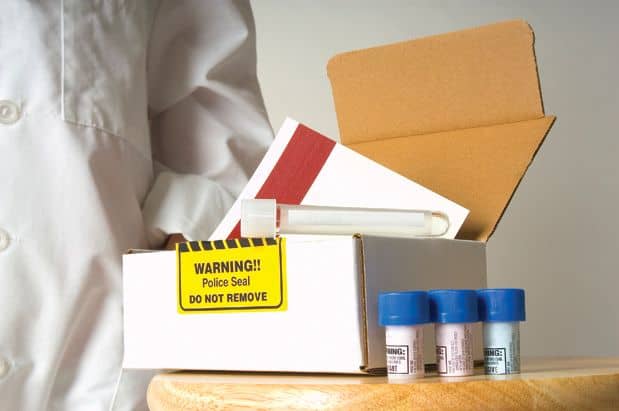 The night she was at a Seattle bar and left her seat to visit the restroom, Leah didn’t expect the man sitting next to her would spike her drink while she was away. Nor did she expect him to rape her later at his apartment. She has only flashes of memory about how she got there. She does remember telling him she didn’t want sex.

When Leah (who asked that only her first name be used) went to the nearest hospital, bleeding and traumatized, she didn’t expect emergency room personnel to inform her she needed to go to a hospital across the city to undergo a forensic examination for DNA evidence. And she hadn’t expected that the critical DNA, taken from her body would be left sitting untested on a shelf. Later, when she spoke with authorities, she was told that it wasn’t clear what happened; although the bartender was able to identify her alleged attacker, the man claimed the sex had been consensual. Charges were never filed.

That’s what happened two years ago. And Leah’s story is not unique. Both locally and across the country, hundreds of thousands of sexual assault cases have gone nowhere because the DNA evidence collected through a “rape kit”—a package of items used to collect forensic evidence, including blood, saliva and semen samples, following a reported sexual assault—has gone untested. It’s a big deal because nearly one in five women will be sexually assaulted during their lifetime. Women. Teens. Children. (Men and boys, of course, can also be sexually assaulted, although the percentage is much lower.)

And when the critical evidence in most cases goes untested, it means rape is an incredibly easy crime to get away with. Only three out of every 100 rapists will ever spend even a single day in prison, according to an analysis by the national group Rape, Abuse and Incest National Network that used U.S. Department of Justice data.

The issue has exploded nationwide in the past few years. Experts estimate that there are hundreds of thousands of untested kits gathering dust in police and crime lab storage facilities throughout the country, says Ilse Knecht, director of policy and advocacy for the Joyful Heart Foundation, a national nonprofit that works to fight sexual assault, domestic violence and child abuse. The estimate is only a guess—there is no comprehensive, national data on the scope of the backlog.

And that’s a crime, she says: “The most important part of this issue is that each one of these kits represents a survivor who has done everything society has asked them to do—preserved evidence, not showered, gotten to a place for testing and spent countless hours being interviewed. What happens to them matters. We solve crimes with this testing—we get criminals off the street and bring healing to survivors.” But that’s not happening because the kits aren’t being tested around the nation, Knecht says.

One of Joyful Heart’s projects, EndTheBacklog, pushes to get all rape kits tested, whether or not the statute of limitations has expired in a case. Doing so can reveal links between crimes in different states and patterns of serial assaults; give critical information to parole officers; and help judges craft more informed sentences.

In 2015, washington state lawmakers moved to change the dismal reality of rape kit testing by passing a law mandating all such kits be tested within 30 days of receipt. Lawmakers also established a task force to develop a plan to address the estimated backlog of more than 6,000 kits in this state, some dating back years and even decades. The Washington Association of Sheriffs and Police Chiefs is conducting a study on the more than 300 law enforcement agencies around the state to determine how many rape kits may still be untested.

This year, legislation spearheaded by state Representative Tina Orwall was passed that established a statewide rape kit tracking system that shows what has been tested and what hasn’t yet—a first in the nation. It also includes $2.75 million for the Washington State Patrol to address the backlog, but that amount is less than half of what the state patrol says is needed.

The Seattle Police Department announced in January 2015 that it would begin to test 1,276 backlogged rape kits. Captain Deanna Nollette, head of the SPD Special Victims Unit, says by June, they were down to 873 backlogged kits. “My goal would be to have all tests done by the end of the year,” Nollette says.

Thus far, testing of backlogged rape kits has resulted in two cases being referred to detectives for further investigation, she says. Previously, kits were only submitted for testing when prosecutors filed charges in a case, she says.

Mandatory testing of rape kits has multiple benefits, says Kirkland attorney Antoinette Bonsignore, who works with women’s and workers’ rights groups, and has been active in promoting the testing of rape kits. Those benefits include identifying previously unknown serial rapists and other criminals, exonerating the innocent and supporting the rights of crime victims.

She is thrilled not only with plans to test all backlogged kits, but that lawmakers also made Washington the first state in the nation to have a rape kit tracking system, which ensures accountability within law enforcement and our judicial system. “From when evidence is collected at a hospital all the way to the state crime lab, you will be able to track that kit. More importantly, a rape survivor will be able to go online and find the status of the kit. I think one of the saddest commentaries about the backlog was survivors were just clueless this [backlog] was happening.”

Representative Orwall says she first became aware of the issue in Washington after touring a police evidence room and seeing stacks of abandoned rape kits. “How could this have happened? I was beyond words,” she says. “Justice delayed is justice denied. Every one of these boxes [represents] someone whose life was shattered.”

One thing Orwall learned was that previously, there was tremendous discretion in our state’s law enforcement as well as around the nation regarding whether a rape kit should be tested. EndTheBacklog cites a study by Rebecca Campbell, a Michigan State University psychology professor. With funding from the U.S. Department of Justice, she studied why rape kits went untested in Detroit. Her results found that police reports on untested rape kits in that city contained “pervasive and rampant victim-blaming…they didn’t believe the victim, because the victim didn’t act ‘right,’ didn’t behave in a way they thought they should if this was a real sexual assault…the problem was, they didn’t believe the victim was credible the vast majority of the time.”

Leah’s experience was not that different.

Her first interview with Seattle police took place in the public lobby of a police precinct until she begged for a private office. Prosecutors declined to file charges, because it was her word against the rapist’s, she later heard, and they never asked to have her rape kit tested.

Leah has a full-time job as a teacher, holds a master’s degree and is married to a supportive husband. On the night of her assault, medical tests found a drug in her system she didn’t take—a drug often used to spike drinks for the purpose of sexual assault—and she had suffered a laceration in her vagina that needed to be stitched shut. But Leah says, she still wasn’t believed and her rape kit went untested. “It would be nice if rape was treated as the crime that it is. I think a lot about that,” she says. She compares that to a recent burglary of her apartment about which both police and her insurance company believed what she told them. “I didn’t have to prove anything. But when I was raped, no one believed me.”

Her experience has left Leah both a survivor and an activist. She’s now a member of the state task force attending to the backlog of rape kits in Washington. “I ended up being involved in the task force because I started calling people to advocate for rape kits in all hospitals,” she says. “When I was raped, Harborview was the only hospital that tested for sexual assault. Now, we’re up to eight or nine in Seattle. I am super proud of that.”

And Leah’s rape kit? It sat on a shelf, until last year, when a King 5 television station asked about it. It was tested, but charges were never filed, because of the “he said, she said” nature of the case, authorities said. Leah now has a temporary protection order against the alleged rapist.

The Cost of Testing
In Washington, rape kits are sent to the Washington State Patrol Crime Laboratory, which cross-references DNA samples with an FBI database of DNA profiles. Testing runs about $500–$1,500 per kit.

Legislation for Training
Last spring, Senator Patty Murray introduced Senate Bill 2948, the Survivors Access to Supportive Care Act (SACA) which has a goal of improving and expanding health care services for survivors of sexual assault throughout the United States. Currently, according to Leah, who helped lobby for this bill, some victims of sexual assault must travel hundreds of miles for testing.