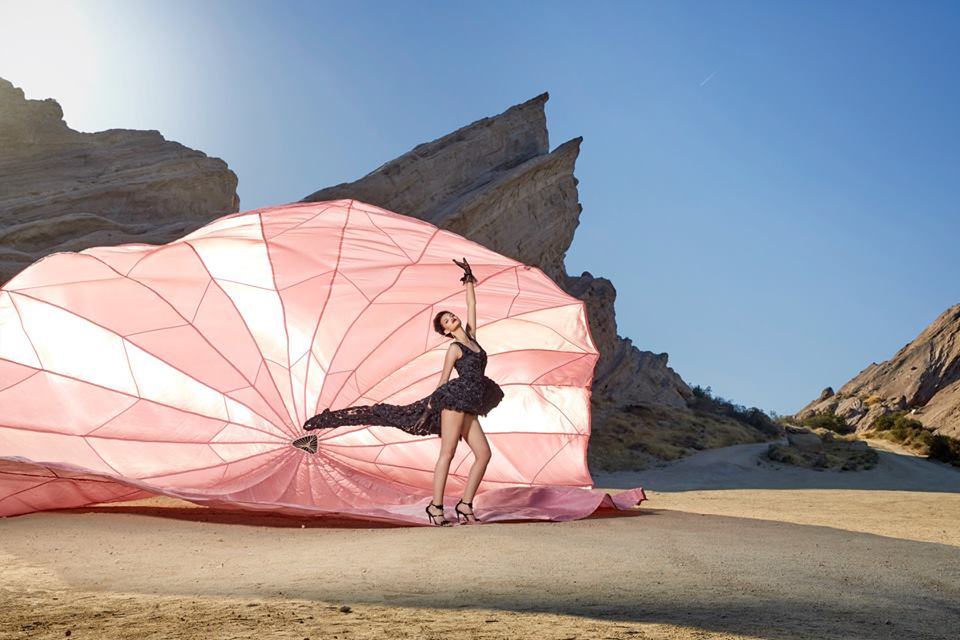 While Coleman is not the first winner of the show to hail from the Evergreen State (cycle 23’s winner, India Gants, is from Seattle), her nonchalant yet confident demeanor combined with her insatiable passion for helping others certainly may make her the most charming. That charm effortlessly manifests into her personal style; she arrived to her interview with Seattle magazine in a tomboy-meets-street style look consisting of a black tank top, ripped light blue denim cropped jeans and Adidas Superstar Metal Toe sneakers.

Coleman was born to a Caucasian mother and an African-American father and she’s been active and outspoken on issues related to race. The accomplished 21-year-old shares her experience on the show, what growing up in Washington taught her and how she plans on using her platform to advocate for others.

Seattle magazine: It’s great to meet you! Can you tell me a little about yourself and where you’re from?

Kyla Coleman: I grew up in Olympia with three brothers and played sports throughout high school. My parents raised us all the same way, meaning I was treated like one of the boys.

Tell me about your passions and interest in activism.

Towards the end of high school I had a head injury and stopped playing sports. Since I wasn’t able to continue, I had to find new passions to identify with and started to volunteer with the Gay-Straight Alliance and attend rallies against police brutality. I was never treated differently or discriminated against because of my race or sexuality, but I recently realized that it’s hard to appreciate the privilege that I have if I stay in my own bubble. At Highline College in Des Moines, I heard many stories from friends who were immigrants and refugees and since then, I’ve always wanted to find a way to help them too. For one of my classes, I was a peer tutor for children with special needs, which was one of the best experiences I’ve ever had. My awareness of my privilege started with my grandpa, who was born in 1928 in the south, who explained the bias he experienced as a person of color.

What was your first modeling experience?

I was never super passionate about modeling because I was focused on so many different things. I got started with (Seattle-based) Heffner Management when I was 17 after they scouted me at a Miley Cyrus concert. Why did you apply for this cycle of America’s Next Top Model (ANTM)?

I casually watched Tyra’s talk show when I was younger but never followed ANTM too closely. I do remember identifying with Naima Mora (winner of ANTM’s Cycle Four) because she was mixed race. Last year, I was just on my grind working 80 hours a week at Starbucks and a couple other jobs. An ANTM producer found me through Instagram and direct messaged me one afternoon, and I just happened to have the next day off. At first I thought it was fake, because I only had 800 followers, but within 10 minutes of submitting my headshots, they asked me to submit videos of my runway walk. They wanted a bikini walk and because the lighting was bad at my house, I had to shoot the video at Wonderwood Park the day after it had snowed. Shortly after I submitted the videos, the producer called me and said that Tyra like my video and I was headed to L.A.!

When you first get to L.A., the crew sets you up in a hotel room for three days, we didn’t have our phones and weren’t able to talk to anyone. Then we met the judges, and after a round of eliminations, we spent our first night in the house. The filming process is a total of six weeks and every episode is three days for us. Mentally, you have to be strong because you’re getting feedback that might be hard to hear every day. Luckily, I was raised with boys, so I have a thick skin.

What was the most difficult challenge?

For me it was about staying true to who I was. I pictured my family getting upset with me if I became too full of myself. I have a heart tattoo that reminds me to be kind and to always try my best to help others. Drew Elliott (Top Model judge and Chief Creative Officer at Paper Communications) helped me so much; he was there for us and pushed me to grow as a model and woman, on and off camera. At the end of the day, trying to find a balance between staying humble and bringing attitude to modeling, which the judges kept asking me to do, was my biggest challenge.

How was it to work with Tyra Banks?

She’s really sweet, and we even got to meet her son on set. She was our photographer for two photo shoots, which was very helpful because she’s such a pro and taught us small tricks we wouldn’t think of and how to navigate the modeling industry. There was one shoot where the sun was directly in my face and instead of blindly snapping photos hoping for a good shot, she coached me through timing on when to open my eyes.

Can you tell me about your passions outside of modeling?

I love music! There was even a time in high school that I wanted to be a DJ. My favorite artists are Tyler the Creator, Andre 3000, Drake and The Black Eyed Peas.

What are your style inspirations?

I love Bella Hadid – we even have the exact same birthday – but a lot of my style inspiration comes from men. Growing up I wore my brothers’ hand-me-downs and ended up shopping in the men’s section pretty frequently. I really like A$AP Rocky and Tyler the Creator’s personal styles.

What’s next for you?

I’m moving to L.A. and going to be roommates with Coura (a contestant from the show). One of my immediate goals would be to shoot the cover of Sports Illustrated. I have a couple projects that I’m working on right now, but honestly, I’m kind of a day-by-day kind of gal. But I do have goals for my life and before Top Model, I wanted to build a center for at-risk youth and hope to do that later in life. I really love kids, and I was so lucky to have support growing up. 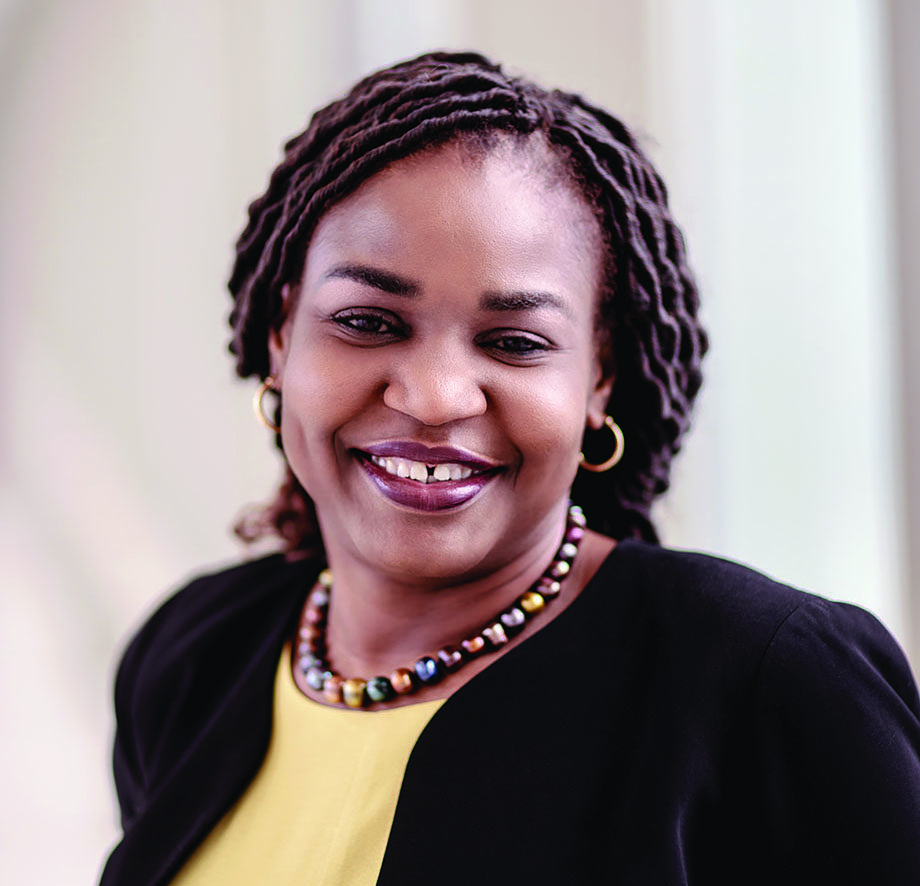 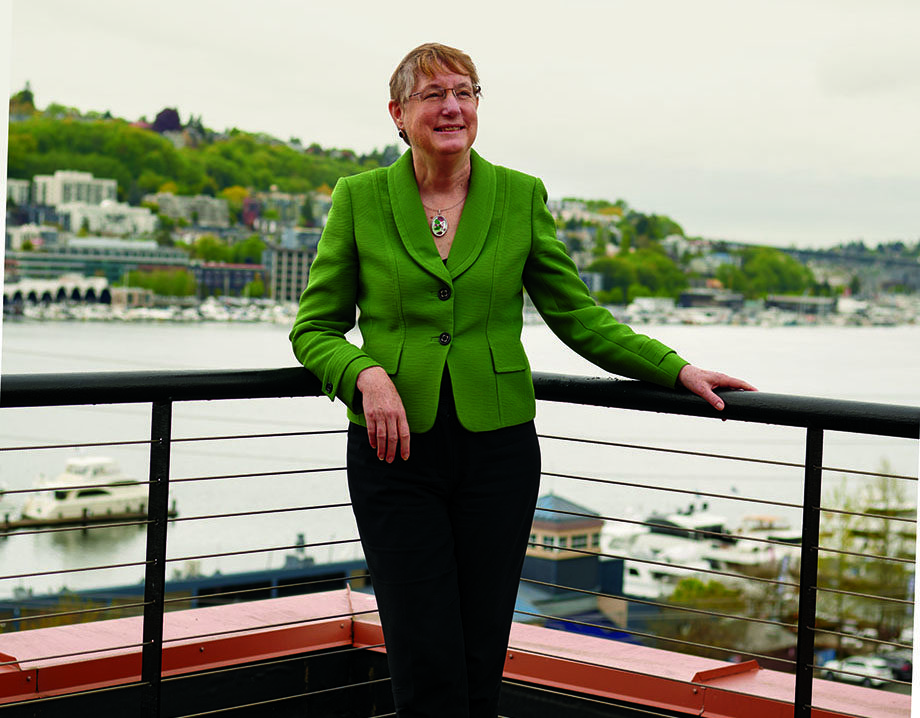