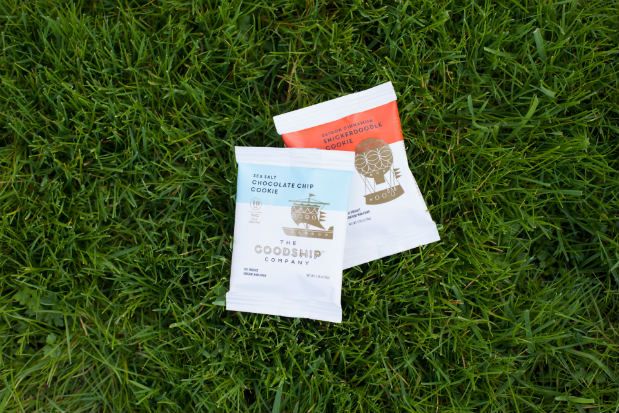 When you spot the sleek, modern, single-story building just off Ballard Avenue, it looks much like the craft breweries that dot the neighborhood. Inside, smiling staff members in black polo shirts stand behind the cherrywood-paneled bar in a bright, airy space with polished concrete floors, ready to help you find something to help you unwind after a long day. But this isn’t a craft brewery. Or a coffee shop. It’s Stash Pot Shop. And the mainstream feel of the place is indicative of Seattle’s evolving pot scene.

“It’s not about stoners, slackers or Cheech and Chong anymore,” says Jody Hall, owner of The Goodship Company (thegoodship.com), a line of cannabis-infused treats sold at Stash (stashpotshop.com) and other local recreational pot shops. Hall, who also owns Cupcake Royale, has plenty of experience creating high-end baked goods. Much as her cupcakes deliver a flavorful sugar rush, her Goodship products—such as Saigon cinnamon snickerdoodles and sea salt and chocolate chip cookies—deliver a delicious high.

“One of the things I wanted to do with Goodship is remove stigma,” says Hall. “To get people to think about this as a different way to imbibe and connect, something you could bring to a dinner party like you might bring a nice bottle of wine.”

She’s not the only one thinking this way. “Potpreneurs” all over Seattle are looking to redefine the way cannabis is regarded and consumed.

April Pride, a Madison Park fashion designer and mom of two, launched her Van der Pop line of products to offer a chic, safe way to store your stash. Italian leather “Happy Sack” with programmable lock and key, from $325, vanderpop.com

Former writer for The Stranger, David Schmader’s handbook for enjoying marijuana covers the history of the drug, and provides information on its varieties, effects, and safety and legal issues. Weed: The User’s Guide, $18.95, sasquatchbooks.com

This organic, all-natural cane sugar can be added to coffee or tea, or sprinkled on fruit or used in baked goods The manufacturer hopes to introduce a cannabis-infused salt soon, too. Ruby Cannabis Sugar, price TK, rubysweets.co.

Last fall, Jody Hall launched The Goodship Academy of Higher Learning, a series of lectures presented at King Street Station, think TED Talks, but the speaker and audience members are encouraged to arrive under the influence of marijuana. Hall believes the drug promotes being present and open to listening to and discussing new ideas. Speakers have included a Google exec who discussed machine intelligence and the future of work, a Fred Hutchinson Cancer Research Center scientist who talked about his work with suspended animation, and The Stranger columnist Dan Savage, who pondered monogamy’s place in contemporary society. The events aren’t about selling product, says Hall—for legal reasons, neither Goodship’s goodies nor any other form of cannabis can be sold or consumed on the premises—they’re simply “a progressive way to enjoy [cannabis] in a really fun, safe, engaging, trusted way.”

Today’s political climate means uncertainty for certain immigrants. But for many, America is still the country where dreams can be fulfilled and some local immigrant families are finding the pathway to achieve the dream is lined with rows of cannabis

This story originally appeared on The Fresh Toast. If you’re feeling lazy, or if you just want to order some recreational marijuana while you wait for your delivery pizza, and you live in Oregon, we have some great news: Now you can get weed brought directly to your home. KGW8 reports that 117 retailers across Oregon,…