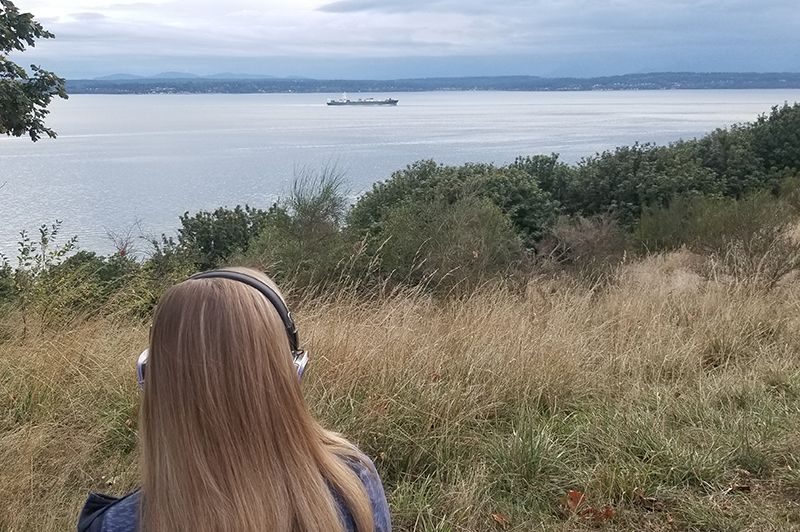 It’s called a SilentHike, but really it’s neither. Think of it more as a moving musical experience in nature with meditation. A mild workout but with stunning views and quiet reflection, with a new age piano soundtrack. A guided exploration of your psyche but with spoken word poetry and wireless headphones. And of course, since it’s Seattle, there is rain.

Murray Hidary is the founder of MindTravel, an immersive musical experience that takes place in nature or other beautiful outdoor spaces. Seattle was the 19th city on a 21 city tour this summer for one of his SilentHikes—a guided hike through Discovery Park on September 12, facilitated with wireless headphones which played his own curated original music and broadcasted his spoken word performance as participants trekked through the trails. “The music bridges the internal state and our external state,” explains Hidary.

MindTravel was born when Hidary fused his background as a composer and pianist, and his study of philosophy, meditation and Eastern thinking. The Silent Hikes are just one of the experiences he offers. Other experiences include underwater meditation, with waterproof speakers, and museum excursions. (One recent one at the Getty Museum in Los Angeles was popular). However, SilentHikes are unique. Hiking had profound benefits for Hidary in dealing with grief and the general stress and anxieties of life. “Nature is the greatest inspiration for my music. I would go hiking with friends, but often alone. With friends, there is often pressure to talk and interact. I had the idea to take a large group into nature so we’d have this immersive experience, this benefit of community.”

The hike began at the visitor center at Discovery Park. It was a group of 70 or 80, all ages and groupings—young couples holding hands, parents with children, older folks alone or in pairs. After a quick explanation of how the wireless headphones worked, we set off, a long rambling line of walkers, following our microphone-carrying meditation guide. The music Hidary chooses is curated to each location and its unique elements—he told me he’d been moved by the water and lighthouse on our particular walk—but it’s essentially a mix of original piano music with an electronic infusion. It’s soothing but more interesting than background tracks at your local spa. But the main element is Hidary’s voice, and his spoken word poetry and exhortations for inner peace.

We snaked our way through the park, and out to the stunning viewpoint overlooking Puget Sound. Hardly a hike, but a great way to appreciate the urban oasis that is Discovery Park. Hidary’s melodious voice encouraged us to let go of our daily stressors and annoyances, the emails and minutiae, and to open our minds to what’s possible. It was a perfect pairing with the sweeping vista from bluffs at Discovery Park. Over the dulcet tones of the piano, he asked us to draw the infinite from limitations, and his voice shared poetic prose with images of seeds and trees and hope and transcendence. We trudged on, our wireless headphones now glowing blue in the darkening sky. 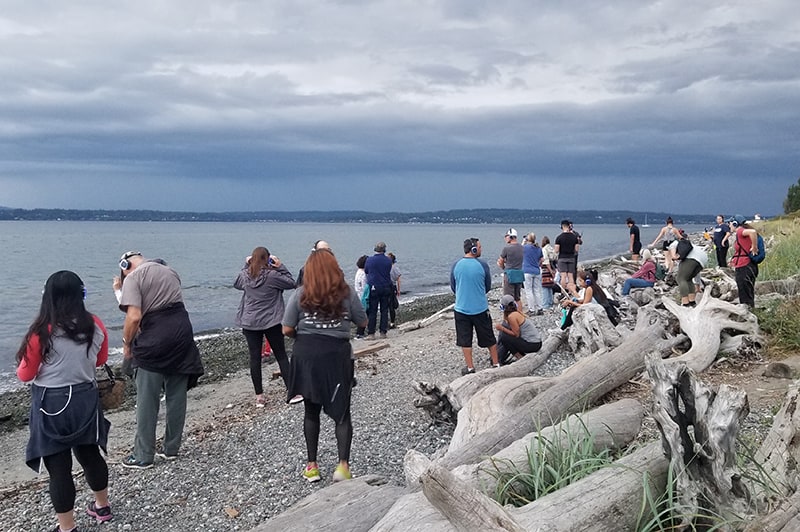 Hikers on Discovery Park beach during SilentHike excursion on September 12

When we finally descended to the beach near the lighthouse, it was clear a storm was imminent—literally, not spiritually. Yet he softly took us through a guided breathing exercise and meditation as the lightning began to fork across the water. I’ll admit, my inner calm was beginning to be shaken as the dark storm clouds rolled in, though it certainly added to the unique spiritual experience.

Alas, Seattle weather does not wait for inner peace to arrive. And while Hidary is clearly a talented musician and meditation guide, he is not an experienced outdoorsman. Some basic safety rules were ignored such as leaving the beach when lightning appeared. Headlamps should have been provided for all participants, as the hike took much longer than the two hours anticipated, and the remainder of the hike was in total darkness, as the rain poured down. I worried about some of my older fellow participants who were stumbling in the dark by the light of cellphones. Still, we forged on, following the voice in our ears as Hidary attempted to take us toward enlightenment, or at least back to our cars at the visitor’s center. His voice was now muffled and static-y in the headphones, due to the storm and the distance as our group now stretched out far behind the leader, but I could make out, “It’s only water!”

Before the hike, Hidary told me, “It’s incredible how connected you can feel with a group of people you haven’t spoken with in two hours. It transcends human social conventions. We think to get to know someone you have to talk, but we can have a deeper connection without it.” No doubt, this was a bonding experience. Several of my fellow participants and I walked back to our cars in the rain, and waved, no need for chatting. Mission accomplished. 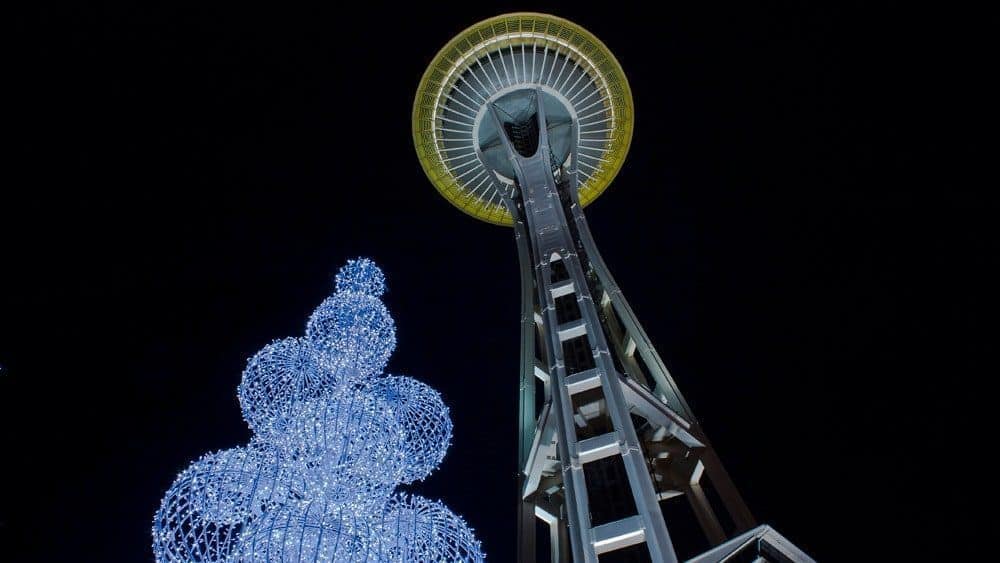 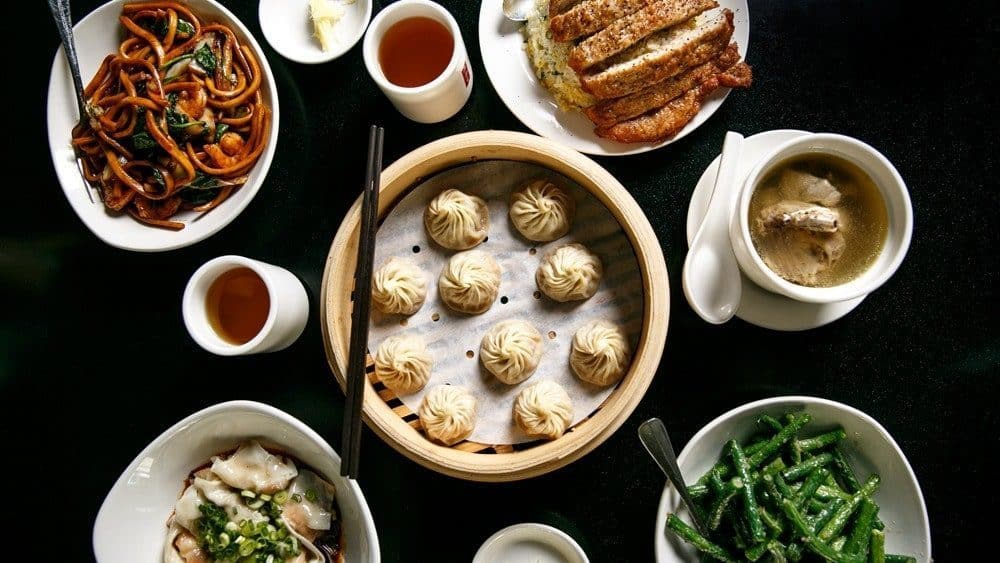 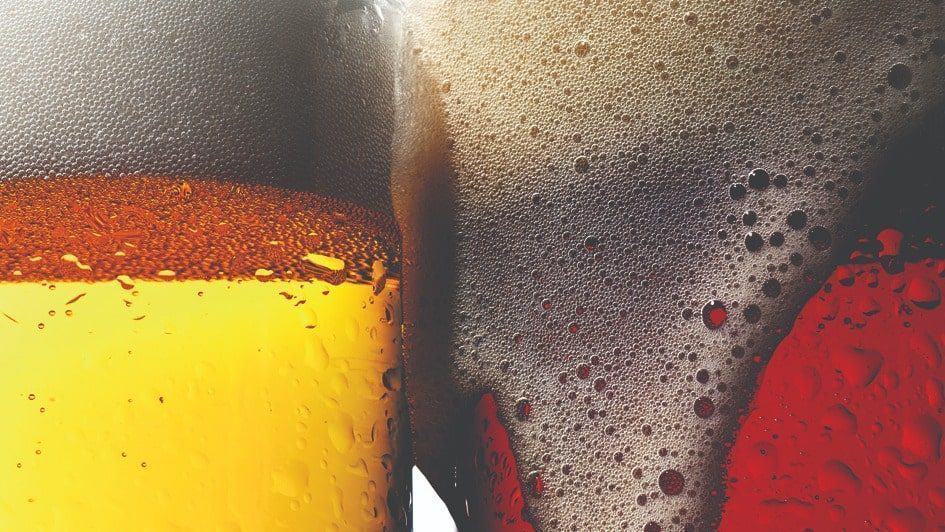