This Edmonds couple sought seamless flow from their main living space to the backyard pool and the water views and mountains beyond. 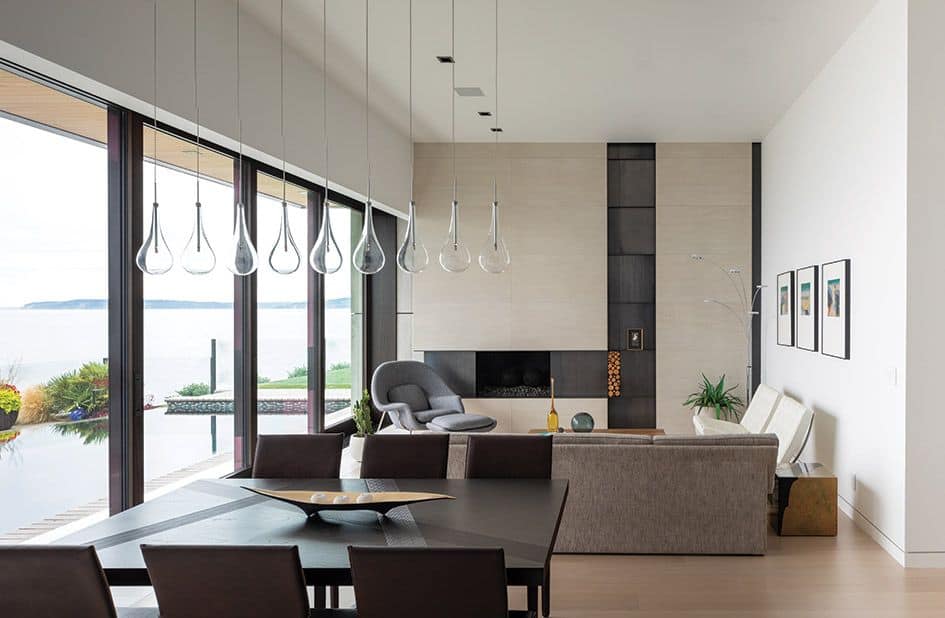 After three decades in their 1975 ranch-style home on the Edmonds waterfront, Tim and Laurie Murphy knew it was time to shake things up. Moving from their prime spot overlooking Puget Sound wasn’t on the table, but the couple (Laurie is a retired kindergarten teacher, and Tim owns a local commercial and industrial auction company) hoped refreshing the interior finishes—a new coat of paint to lighten and brighten the space, new flooring and perhaps some enhancements in the kitchen—would be just the thing. It was, however, just the beginning.

When the couple bought the house in 1986, it was a single-story home on a nearly half-acre lot. The home’s exterior, at the time, leaned contemporary, while the inside was, as Laurie puts it, 1970s country. The dueling styles didn’t work for the Murphys, so in 1989, they gutted it. During the remodel, they added 700 square feet to the east side of the home—enlarging the living room, entryway and bedrooms, relocating the laundry room and putting in a play space for their then young kids—as well as a 10-by-40-foot infinity-edge pool at the back of the property overlooking Puget Sound. In the early 2000s, they dove in again, opening up and updating the kitchen. By 2017, the homeowners were ready for yet another round of cosmetic updates to freshen up interiors that, again, were feeling tired and out of date. After asking around for recommendations for a firm to complete the remodel, a friend introduced them to architect Caela McKeever of Tacoma-based Ferguson Architecture.

“I was looking for small ways to make our home feel more elegant, and still contemporary, warm and welcoming,” Laurie says. “But Caela came to our initial meetings with some great questions that had us thinking more holistically about what we really love about our home and the memories that stick out to us. The project began to evolve from there.” 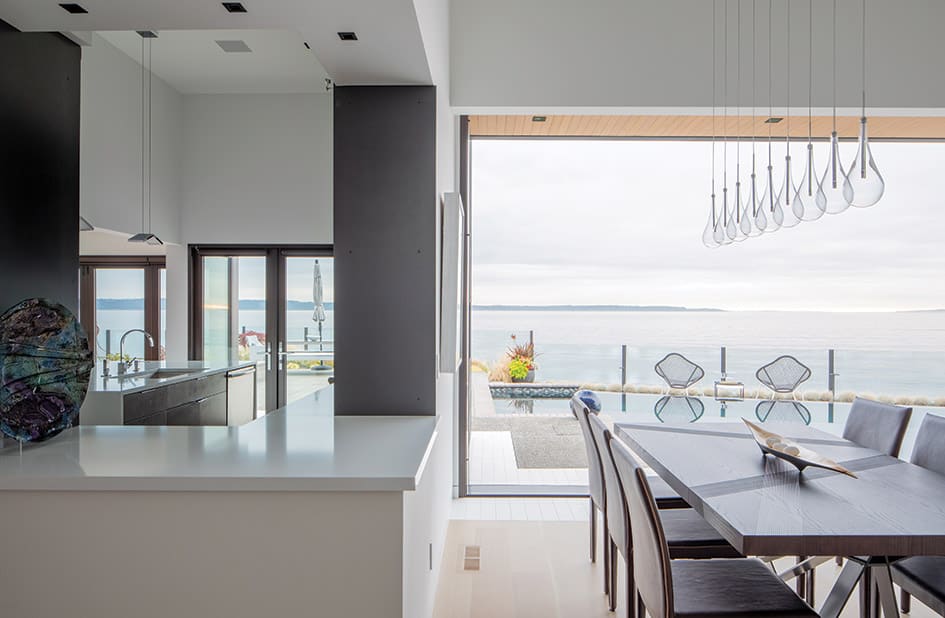 Glass windows and doors along the west-facing wall of the Murphys’ home let in light and create a seamless visual flow between inside and out.

What stuck out to the Murphys was time spent around the pool. The couple’s two grown children had spent summer months surrounded by childhood friends and pool floats; now their grandchildren enjoy the same, when the weather cooperates. Together, Ferguson’s architects and the Murphys decided that in addition to updating some of the home’s key living areas, the project would focus on creating a seamless flow from the main living space to the backyard pool and the panoramic views of the water and mountains beyond.

To create this connection between indoors and outdoors, McKeever and the Ferguson team replaced the entire existing west-facing wall, which included a dated greenhouse-style window in the living room, with a combination of sliding doors and windows. Among those doors is a five-panel lift-and-slide door that runs the length of the living room and dining area, and opens up to the pool, hot tub and patio area behind the home. 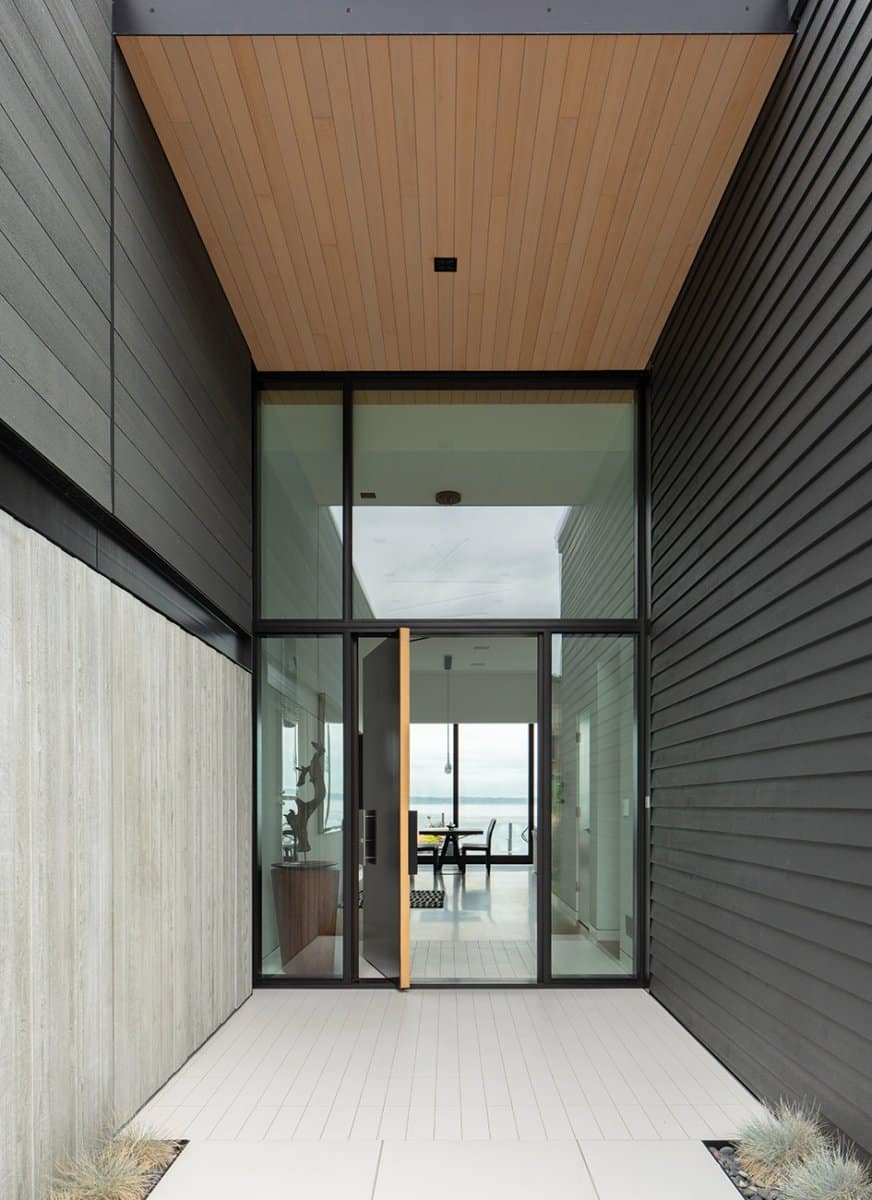 A simplified entry and windows around the custom door draw attention from the doorstep through to the panoramic views at the back of the property.