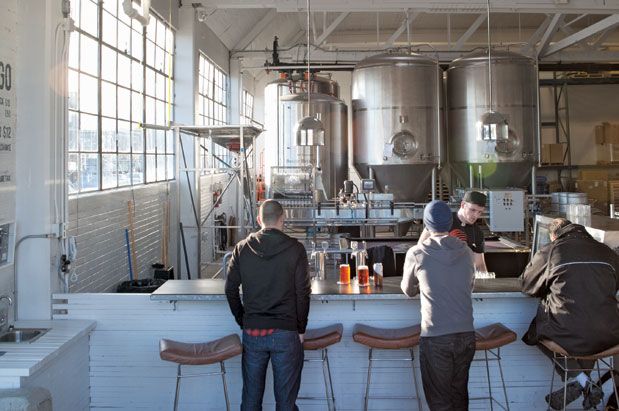 The more “come as you are” of Seattle’s two major super ’hoods (see also: Capitol Hill), this northwest Seattle area is a cool—but not too cool—burg where middle-aged parents can wear their Patagonia fleece and have their Ethan Stowell eateries, while singleton 20-somethings, with their chunky hipster glasses, cocktail-hop down Ballard Ave. With choice boutique shopping (Lucca; Curtis Steiner) alongside bigger shops for staples (Ballard Market, Trader Joe’s, Fred Meyer), a movie theater (Majestic Bay), decent public schools, parks and play spaces, the wealth of eating and entertainment options means there’s barely a reason to venture across the Ballard Bridge. And it’s all knit together with cozy residential blocks tinged with shades of Scandinavia.

Famous for: Transforming from an independent-minded Scandinavian fishing village to a hip, family-friendly foodie enclave. See: 1907 annexation, The New York Times’ love affair with The Walrus and The Carpenter, and Seattle mag’s shameless adoration since 1999.

Go-to for out-of-town guests: The year-round Ballard Farmers Market (Sundays, 10 a.m.–3 p.m.)—as much for people watching as for the locavore’s bonanza.

Hot micro ’hoods: Old Ballard Avenue—now (over?) saturated with boutiques, restaurants and bars—and Market Street anchor Ballard at large, but pocket neighborhoods from Crown Hill to Old Town have plenty of their own personality. The micro-center of my corner of Ballard, Whittier Heights at 70th and Alonzo streets, includes foodie favorites Delancey, Essex, The Fat Hen, Honoré Artisan Bakery and The Pantry (for cooking classes; thepantryatdelancey.com). The aptly named “Stumbletown” (the strip of 65th Street between Eighth Avenue NW and Third Avenue NW on the easternmost border between Ballard and Phinney Ridge) takes over after hours with its street full of bars and taverns, and a tight cup of Cafe Bambino coffee, come morning.