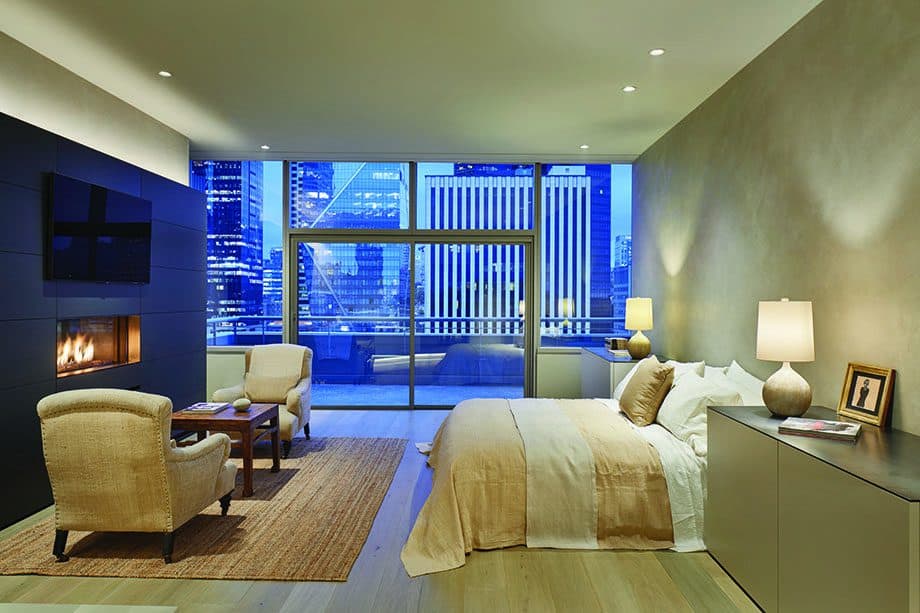 Rochon was laser-focused on earning a fast-tracked architecture degree at the University of Washington, doubling up his class load, when his uncle, a prominent architect, suggested interior design might better fuel his voracious creative appetite.

Rochon, raised comfortably in the Everett–Marysville area in an unremarkable 1960s-style rambler, enjoyed painting as a child, although he didn’t inherit his father’s penchant for drawing on walls. According to family legend, he was more interested in chewing gravel, hence the nickname “Rocky.”

But he took the advice and switched to an interior design curriculum, serving on the side as the lone assistant to a top local designer. Soon after graduation in the early 1980s, he found himself at a design firm that was handling some of San Francisco’s poshest accounts, including an office remodel for real estate behemoth Marcus & Millichap. In sharp contrast to his buttoned-down coworkers, Rochon wore a bright red sport coat to a crucial meeting with company founder George Marcus.

“I was rocking a Fabio hairdo,” Rochon recalls. “He looked me up and down, looked at the rest of the team, looked back at me and said, ‘I want to hear what you think.’”

Later in the design process, when asked for his opinion on a proposed color — an unappealing flesh tone — he froze in the headlights. It still rankles Rochon as the greatest mistake of his career.

“I didn’t tell the client the truth,” he says. “It gave me nightmares for years.”

It was a rare haymaker and miss for Rochon, who eventually lost his hair but quickly recaptured his voice, rising rapidly up the Bay Area food chain.

He led the interior design team that swept local American Institute of Architect awards and won a national award for its work on Apple’s new Company Store, library and executive offices, a project that encompassed 250,000 square feet, including 100,000 square feet on a single floor.
“You’re basically building an interior city, right?” Rochon says.

The project included an Alice in Wonderland entrance tunnel. At the ribbon-cutting ceremony, Jobs called it “the most innovative use of materials he’d ever seen,” Rochon recalls. 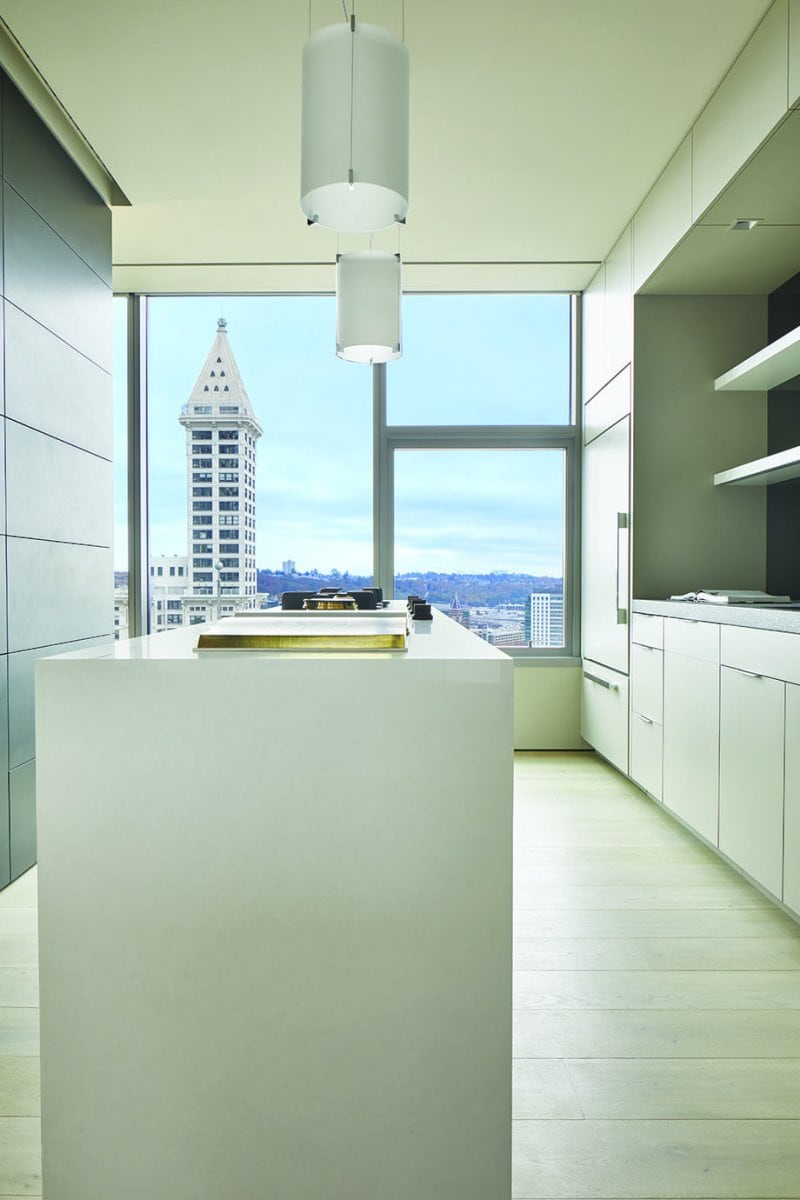 Jobs went into “deep radio silence” soon after, as John Scully took over the CEO position at Apple, torpedoing Rochon’s hopes to remodel a mountain retreat for Jobs. “That’s probably the biggest disappointment of my career,” Rochon says.

Mike Hilton, a Seattle high-tech executive, and his wife, Liz, have worked with Rochon for more than a decade on projects ranging from construction of an island family compound to a down-to-the-studs Seattle condo build-out.

“I love Rocky’s approach to design. It’s a very creative profession, and sometimes creative people can be intimidating and opinionated. He’s incredibly talented and creative, but he’s also a great listener,” Hilton says. “It can be especially challenging when working with couples to bring both sides together. Rocky works with each party, finding out what they want and what they desire, and blends that with his own creative abilities to produce a final design that makes everyone happy. In my experience, that’s pretty rare.”

Other projects include work for billionaire Gabe Newell, a former Microsoft executive who helped create the first Windows operating system and later cofounded video game developer Valve. Rochon was also involved with a 9,500-square-foot remodel for the Svenson family in Seattle’s Medina neighborhood, intended as a cross between an English men’s club and a Seattle farmhouse. He emphasized practicality, comfort and romance.

“I consider myself an interior architect, even though I don’t have an architectural degree, because a lot of the time we’re tearing things down to the studs,” Rochon says. 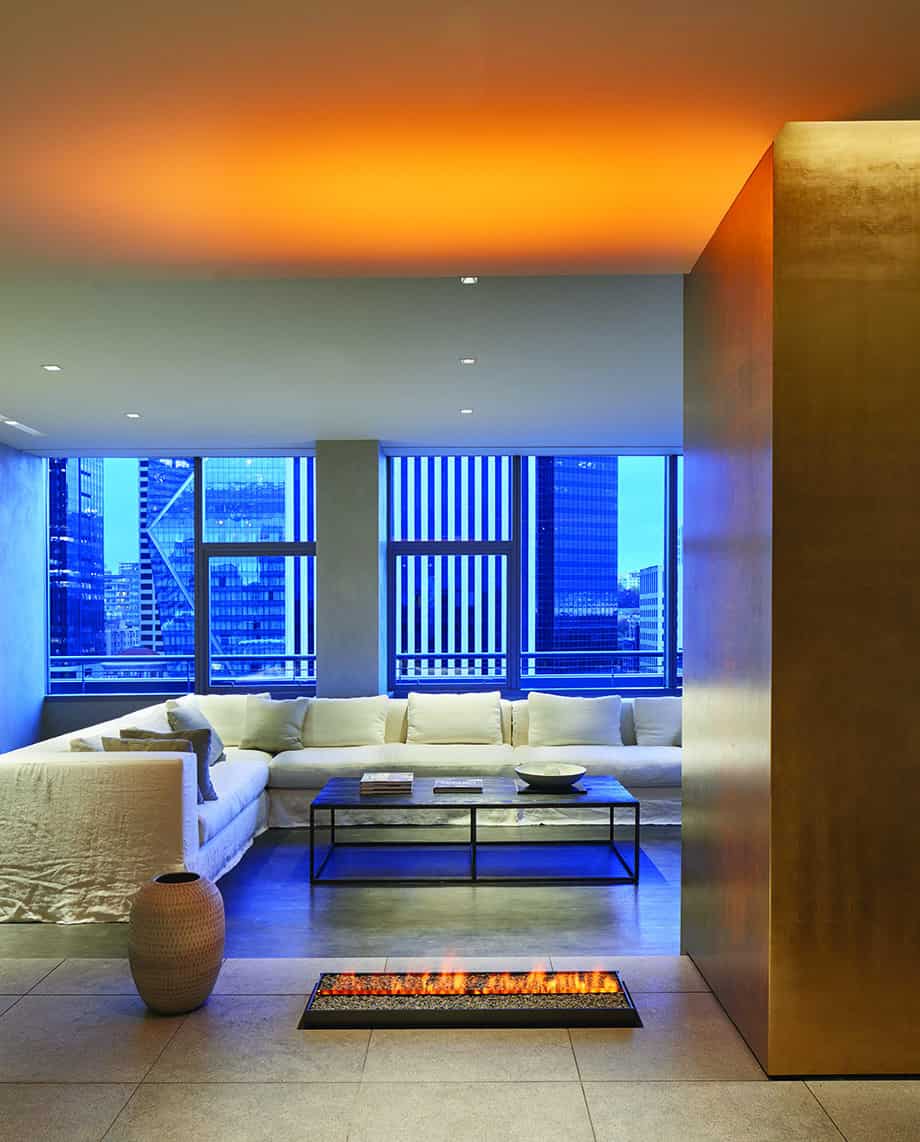 Seattle resident Patty Callaghan has engaged Rochon for projects ranging from a new country home in Canada to a complete remodel of a Capitol Hill single-family residence, which he transformed to resemble a London townhome.

“He’s got a great spatial vision, and he works hard from the beginning to understand what you and your family want,” she says. “I think he’s probably one of the best designers in Seattle.”

He’s also done work for about a dozen Microsoft executives. Rochon has noticed over the years that he seems to connect better with Microsoft employees versus executives at Amazon, perhaps in part because of his own prejudices against Amazon’s design motif. “It’s not attractive to me,” he says. “It’s kind of a shopping mall.” He calls Microsoft leaders “creative, concept-oriented problem solvers, which is not a lot different from the interior design process.”

His toughest design challenge was a penthouse in downtown Seattle’s Millennium Tower for a high-profile former client who wishes to remain anonymous. The penthouse languished unfinished for a decade before being put on the market in 2017. Rochon spent five years perfecting the 20th-floor space.

He made full use of his Zeusian palate on the project, blending organic elements including sky, water, fire, wood, stone, metal and natural light. Simple geometry, calmness and neutral colors are the benchmarks of Rochon, who wins on points, not TKOs. One reviewer described his style as “a study in purity and restraint.” 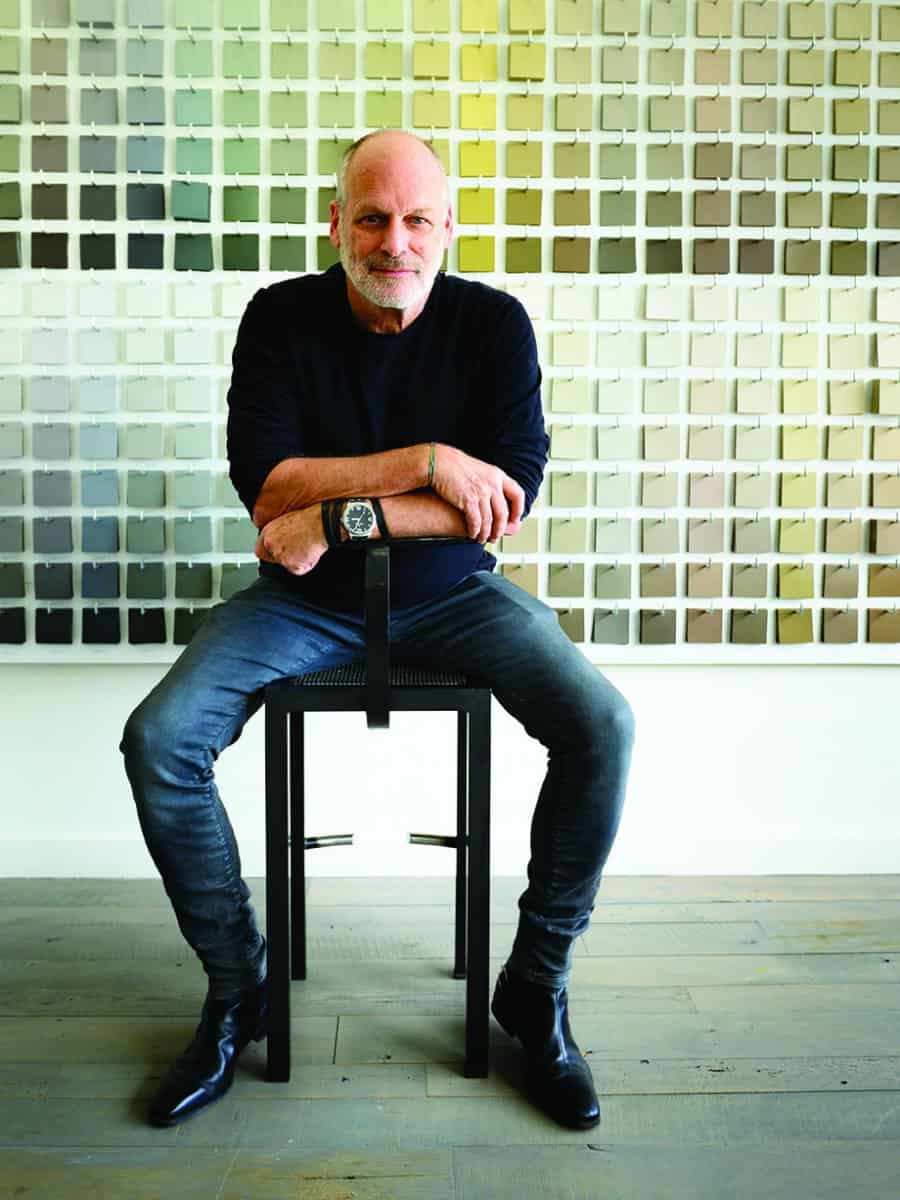 At 67, Rochon is charging up the steps to take his brand national. He was recently invited to be a participating designer amongst all the East Coast designers in the ultra-exclusive Galerie House of Art and Design in Sag Harbor, N.Y., located in the Hamptons. Rochon was one of more than a dozen artists chosen by the “Galerie” magazine editorial team to participate.

His future revolves around The Paint Laboratory, an endeavor he launched a decade ago when his go-to paint supplier retired. Featuring 500 rich hues developed by Rochon, The Paint Laboratory is doing gangbuster business from its Capitol Hill storefront and is gaining traction in the luxury niche despite heavyweight competition from Ralph Lauren and others.

The Paint Laboratory is skull deep into the science of paint, but also employs some Old World strategies such as keeping customers’ actual paint samples on file, versus digital swatches. The difference is critical in attaining high-end results under artificial light.

He’s expanded his footprint to include a presence in Los Angeles, Palm Springs and New York. Seattle, though, distinguishes itself with its “really independent, almost anti-trend, Bohemian” style, he says.

He opened a Seattle showroom a few years ago to highlight another long-term enterprise, Rocky Rochon Furniture, which specializes in high-end contemporary furniture, globally sourced antiques, art, accessories, and leather and other textiles. His Body Parts Collection features furniture with interchangeable parts.

“My No. 1 goal is to make people happy,” he says, “and the only way I can is to reflect their souls.”

He accomplishes this in part through design flash cards, where the client registers a “like” or “hate” response in a free-flowing psychological dialogue. Former Microsoft executive and RealNetworks founder Rob Glaser, for example, registered a strong positive reaction to The Hershey Co. logo. “A lot of wealthy people don’t care about material things,” Rochon says.