Creating a Backyard Sanctuary in the Suburbs 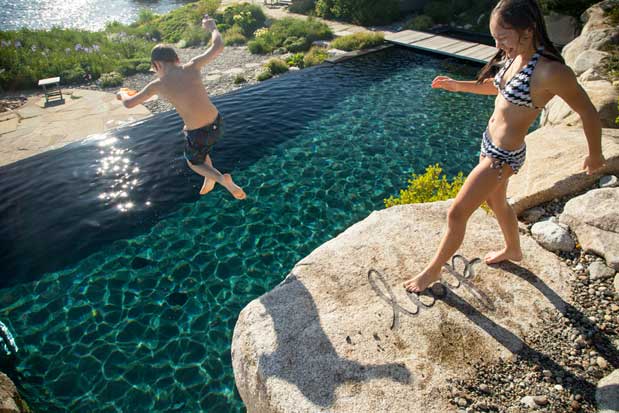 Landscape designer Paul Broadhurst approaches the outdoors with the poetic eye of an artist and the exacting zeal of a botanist.

One of the British native’s most ambitious undertakings to date has been transforming a conventional lawn-dominated suburban property along the shores of Lake Washington in Kirkland into a naturalistic, native-plant-dominated haven. He was given a great deal of free rein on the design, and he and the homeowners took their inspiration from Seattle’s downtown sculpture park. “Here, one can take a walk towards the water that is both artful and also becomes progressively more natural, culminating in a reclaimed beach,” he says.

Read Broadhurst’s tips for using native plants in your own yard.

And over the past three years, Broadhurst has carefully cultivated a paradise of primarily Northwest native plants, including a signature drought-tolerant Roemer’s fescue meadow, an intriguing hardscape of wending stone walkways, a druid-worthy circular fire pit, a lagoon-like pool and a comely guesthouse. 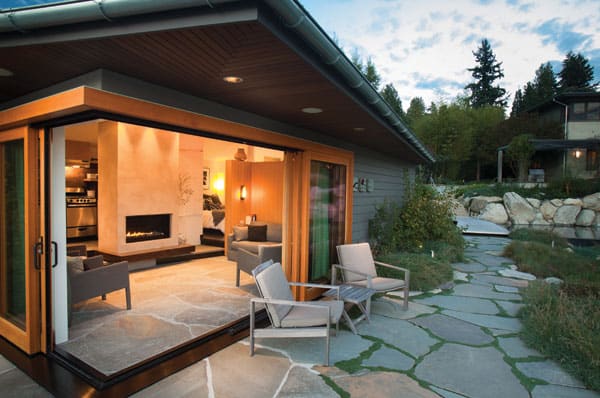 The new beach house boasts the same Pennsylvania Bluestone in the patio and walkways, as well as push-aside glass walls that let light inside

The project, which is still ongoing, is a living illustration of a landscape architect’s primary design drive: to better balance the natural and manmade worlds. So a formally frumpy beach shack was slightly relocated and completely remade to better blend in with its surroundings. (Broadhurst tapped a local architect friend, Jeff Philips, to execute his vision.) “I thought, let’s see if we can reimagine this guesthouse to have a better relationship to the shoreline, so it actually feels like it’s a bit on a rocky bluff,” Broadhurst says. In addition to having a harmonious form and color palette, even sharing the walkways’ Pennsylvania Bluestone for its flooring, the sleek new guest dwelling—outfitted with a full kitchen, bath and bedroom—has slide-away glass walls that invite the outdoors inside. 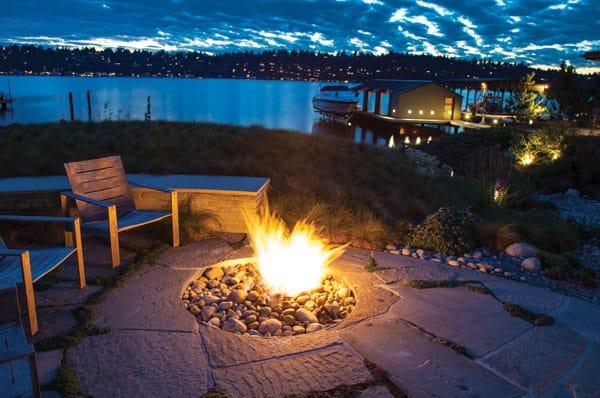 After the sun sets and the fire pit is aglow, this suburban waterfront takes on a mysterious, wilder aspect.

Broadhurst’s balancing act went beyond even the backyard’s original dropping-off point; he also created a beach from scratch. By removing a large artificial bulkhead, and laying down a foundation of size-specific pebbles (calipers were employed to re-create the way pebbles would sort out on a beach naturally) and driftwood, reeds and boulders several yards into the water to slow the velocity of waves and mitigate erosion, a new habitat was born. “I was in the water planting the reeds and I disturbed this freshwater crayfish. I didn’t even know there was such a thing as a freshwater crayfish, and it was beautiful,” Broadhurst says. “It’s here because it can live here. Until this beach was here, they didn’t exist [here].” Proof of other new inhabitants is strewn across the shore in the form of freshwater mussel shells and a predator that is shucking those shells. (The Green Shores for Homes restoration program recently selected this home to serve as its pilot project.) The designer sums up his comprehensive creation in very British fashion, “I didn’t want to be kind of wishy-washy about it. I said, ‘If we’re going to do it, let’s do it properly.’” 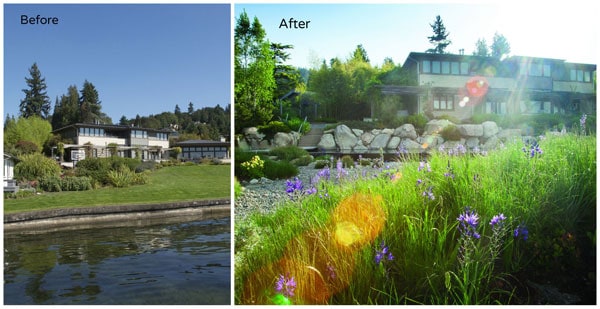 Where there once was just a blank canvas of green grass leading to the lake, the main house now overlooks a variegated landscape of stone, water and flora 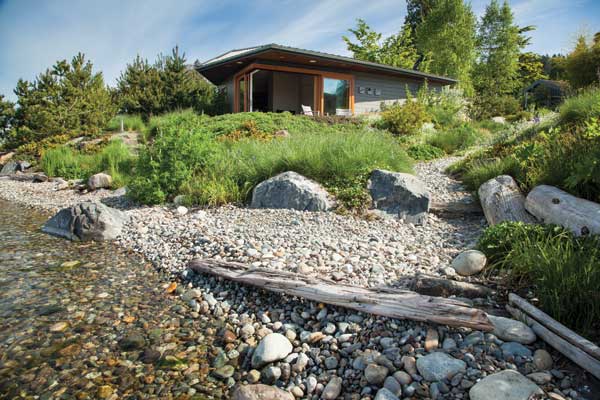 As well as slightly relocating the guesthouse, Broadhurst created a brand-new stretch of shoreline, complete with stones and driftwood