A pair of neighborly websites help build community at the micro level. 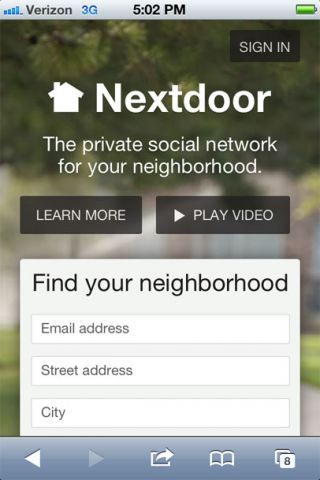 Forget leaning over the hedge, that’s so Home Improvement. Seattleites who want to borrow a rake, report a loose dog or just meet the family next door are turning to the Web as a substitute for—or a spur to—old-fashioned front-stoop chitchat.

San Francisco–based Nextdoor.com, launched in 2011, connects neighbors through a sort of geographically restricted version of Facebook. Not surprisingly, the posts tend to be immediate and utilitarian: nanny recommendations, block-watch updates, lost-and-found reports. According to a company spokesperson, 75 percent of Seattle neighborhoods were on the site as of January 2013.

Launched in the Queen Anne neighborhood in early 2012, Fremont-based Knoq.com harnesses the neighbors-as-resource idea for the practical mission of “making it easier to get things done around the house.” The central philosophy being that a recommendation for a handyman for example, from someone you sort of know is better than the Yelp of a complete stranger. Scheduled to be available to all Seattle neighborhoods this month, Knoq.com also offers deals and discounts on some prescreened local businesses.