Native and non-native, Seattle has some amazing trees

By Jim Demetre and Lara Hale 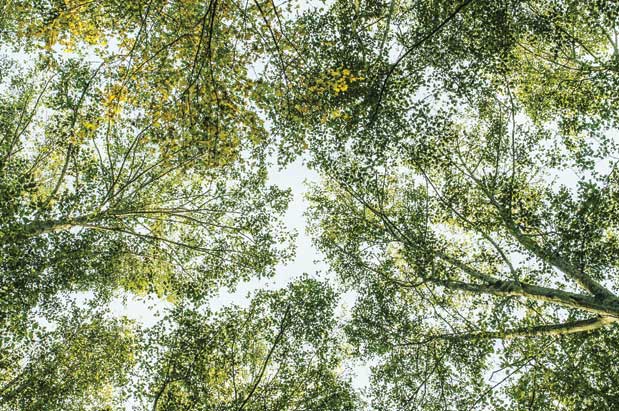 Those towering evergreens that surround the city sparked the lumber boom of the late 19th century and continue to draw lovers of the great outdoors today.

But while the pines, spruces and firs that earned the Emerald City its nickname, the diversity of Seattle’s trees—both native and non-native species—add more than verdancy to the palette of our local landscape. Think of the delicate pink of the cherry trees’ blooms, the warm ocher of peeling madrone bark, and the blazing crimson of Japanese maple leaves.

Twenty years ago, the City of Seattle, in cooperation with nonprofit Plant Amnesty, established the Heritage Tree Program, with a mission to recognize and protect trees notable for their size, age or association with a community or historic event.

In celebration of that program’s anniversary and Washington state’s Arbor Day on April 13 and Earth Day on April 22, we’re sharing some of our favorites among the city’s most celebrated trees. There are many Japanese flowering cherry species and varieties planted throughout Seattle, but the Yoshino cherry trees (Prunus x yedoensis) on the University of Washington Quad are without a doubt the most spectacular specimens. The same variety grows on the National Mall in Washington, D.C. The Japanese maple (Acer palmatum dissectum), notable for its twisted trunk and stunning autumnal color display, has more than 300 variations. Seen all over the city, this one is located at the beautiful Kubota Garden in south Seattle. This specimen of Japanese white pine (Pinus parviflora), likely one of the oldest in the Seattle area, is in the Kubota Garden. A slow growing tree, it may also be one of the largest. Its blue-gray hue comes from the white lines or stomata on the underside of the needles. southern magnolia
The evergreen southern magnolia (Magnolia grandiflora), as its name implies, is characteristic of the Deep South. However, its dark, glossy leaves and fragrant white blooms make it one of the more popular ornamental landscape trees in Seattle, too.

The evergreen southern magnolia (Magnolia grandiflora), as its name implies, is characteristic of the Deep South. However, its dark, glossy leaves and fragrant white blooms make it one of the more popular ornamental landscape trees in Seattle, too. The Western red cedar (Thuja plicata) was extremely important to the area’s native tribes, who used the trunks for their canoes and the fibrous bark for their clothing. Today, its bright green sprays and reddish bark are signatures of our landscape. These trees are found all over Seattle, with some fine examples in Seward Park. Its large, shiny leaves, twisting habit, red berries and peeling, rust-colored bark make the madrona (Arbutus menziesii) perhaps the most visible of Seattle’s native trees; see them in Seward and Frink parks. There is no other large, broadleaf evergreen tree that grows this far north in the entire world.