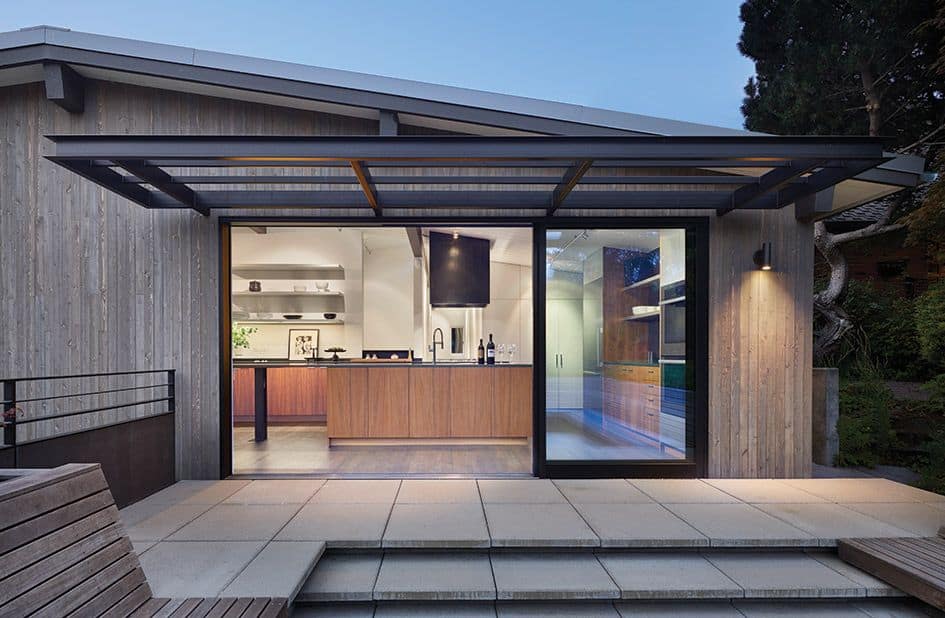 Basking in the fresh air and light flooding the open-plan main floor of this Laurelhurst home, it’s easy to see why the current owner (who prefers to remain anonymous) bought this property on sight. In the summer of 2018, in his then-home, a Lake Union houseboat, this young tech company founder was swiping through Zillow listings for fun when a unique listing caught his eye: sleek yet classic, not a Craftsman and not the boring contemporary box that characterizes so much modern construction. He was smitten.

“We’re buying a house today,” he remembers casually shouting to his girlfriend, who was in the next room. And they did.

The original house was designed in the 1950s by Perry Johanson, a founding partner of Seattle-based global architecture firm NBBJ. Its current iteration was a labor of love, meticulously updated over many years by the home’s previous owner in close collaboration with designer Jill Rerucha of architecture and design firm Rerucha Studio and remodeling contractor Josh Caspers of Caspers Built. Preserving the original roof and classic mid-century details—exposed car decking ceilings, heavy timber beams—Rerucha and the previous owner, a fan of mid-century modern design, opened up the home’s interior spaces to create a sense of continuous flow within, as well as between the indoor and outdoor areas. 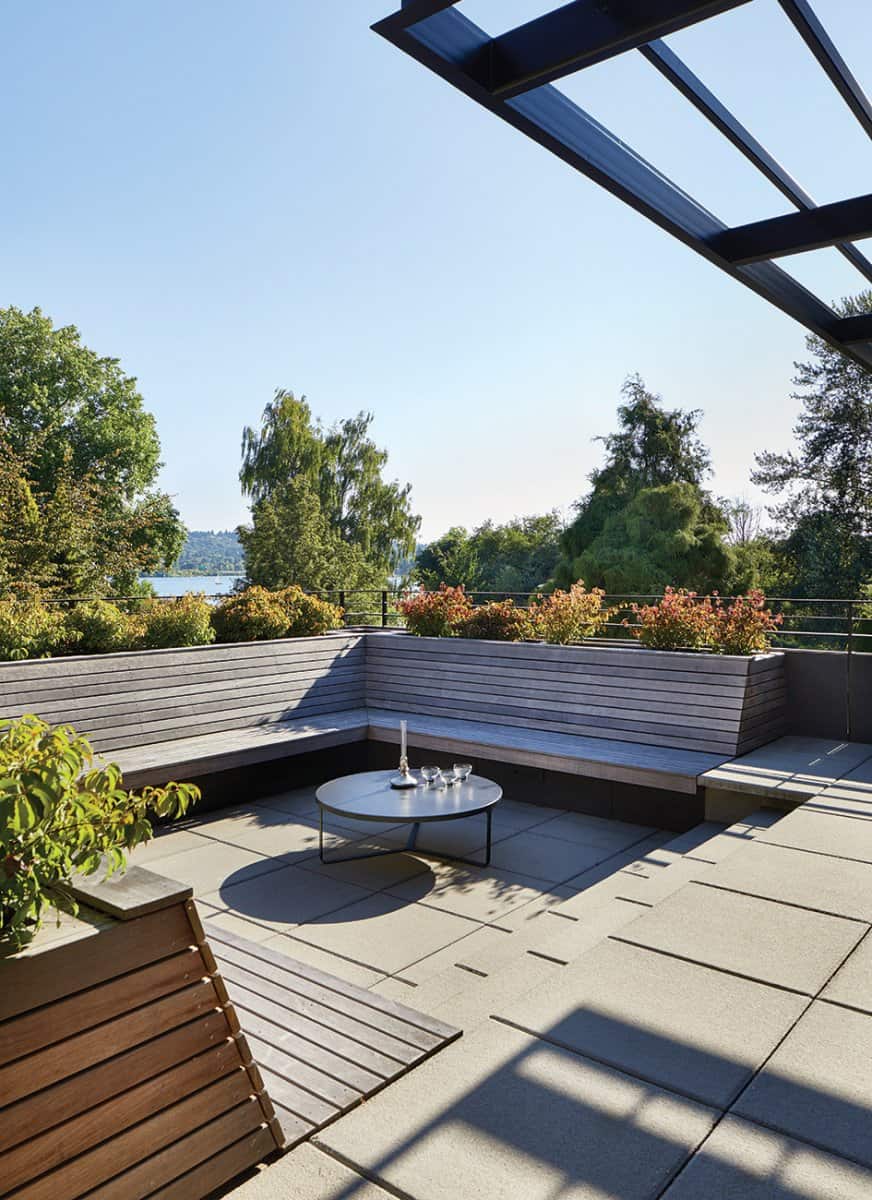 Freshen Up: Open the glass doors off the kitchen and this conversation pit becomes a second living room.

“That was the real draw here, the indoor-outdoor connection, how you can always feel outside,” the new owner says. Of the modern additions Rerucha manifested, an outdoor conversation pit perched right off the kitchen was particularly alluring to him. In front of the long kitchen island, Lake Washington glittering in the distance, a wide bank of glass doors opens onto the sunken patio perched atop the garage, effectively extending the main floor out into the surrounding greenery and sunlight. (The home’s first floor currently serves primarily as a self-contained, secondary space for guests.) Conversation pits were a popular mid-century design feature; Rerucha’s contemporary riff combines wood seating with cement-clad planters and pavers together with steel elements for a look that’s organic rather than industrial, light rather than heavy. 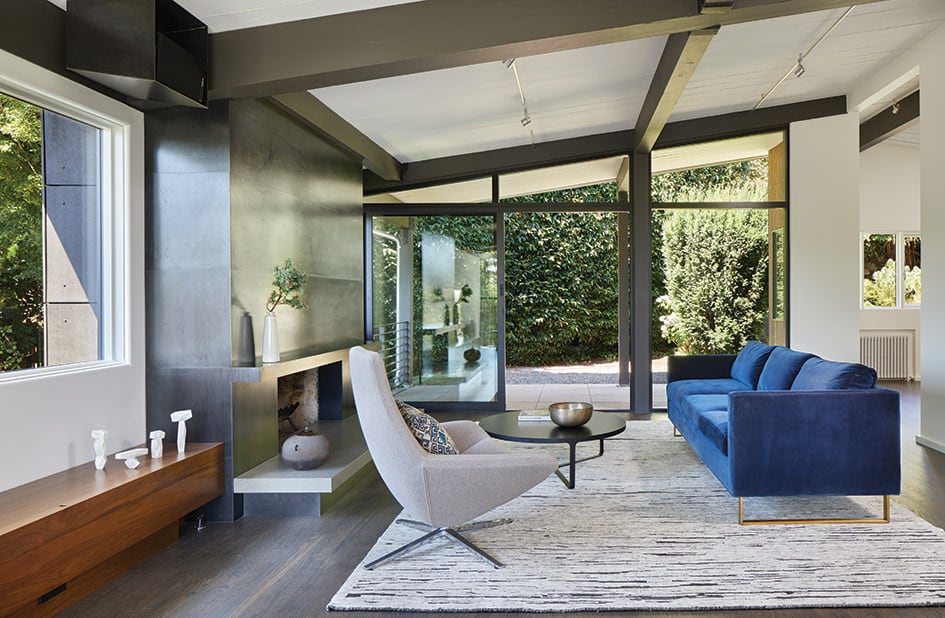 Another neat trick: combining lavish natural light with a walk-around-naked level of privacy.

On their first night in the home, the couple took full advantage of the spacious digs, hosting some 50 adults and plenty of kids for a birthday party, complete with a champagne sabering in the conversation pit.

While the airiness and open, loft-like quality drew the active pair to this space, it’s since become integral to their well-being. “We spent a lot of [last summer] out there on the patio,” the owner says. “For someone who is always on the go and always feels like being outside, the way that this space brought [the outside] to me when I needed it was just amazing.” 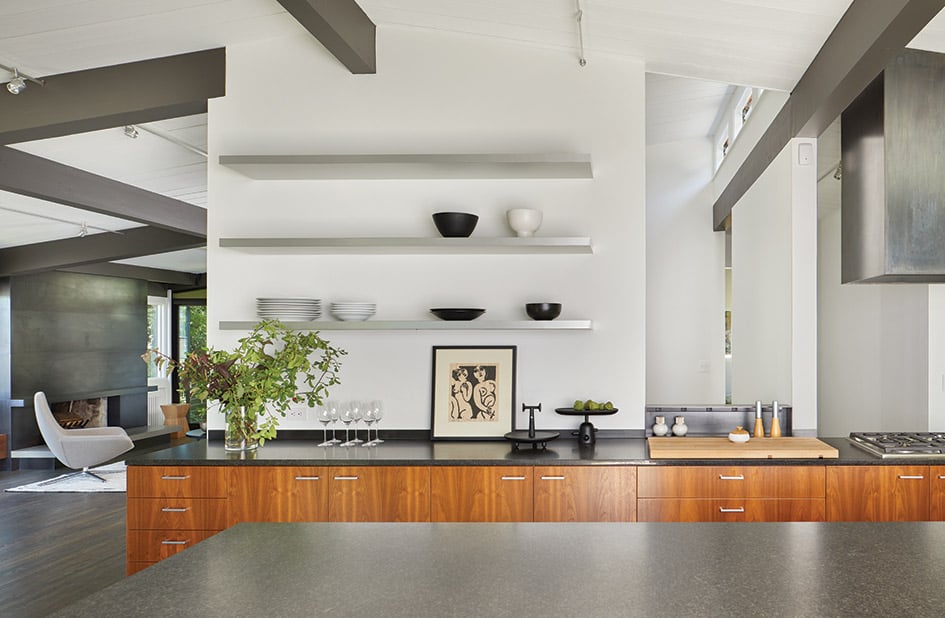