There’s a reason that Queen Anne is often at the top of Seattle’s best neighborhoods lists. 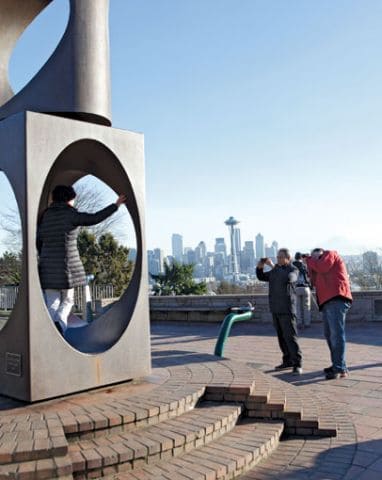 Queen Anne is much more than a 2.8-square-mile oasis of stately homes and century-old trees, good food and culture (especially when you count in Lower Queen Anne’s wealth of theaters, opera, ballet and Seattle International Film Festival’s year-round events)—all within walking distance of downtown. It’s a community of highly educated and engaged inhabitants who band together to do things like successfully fight the demise of a beloved small grocery store, create the thriving Queen Anne Farmers’ Market (now entering its seventh year), support a neighborhood newspaper, blog and social service agency (Queen Anne Helpline, which raised $180,000 last year to serve 1,200 people), as well as field brainy ladies for the intellectual confabs of the century-old Queen Anne Fortnightly Club.

Don’t miss: The pan-roasted chicken at Betty, plus the delectable offerings at Grub (letsgogrub.com), Le Rêve and How to Cook a Wolf, which is going into its sixth year of doing amazing things in that super-tiny kitchen. At McCarthy & Schiering wine merchants, wine expert Dan McCarthy has been known to sample as many as 150 wines to find 15 to sell. Nancy’s Sewing Basket, a family-owned and -operated store in business for more than 34 years, carries every kind of fabric, ribbon and notion imaginable.

Famous for: The Queen Anne–style houses of the 1870s–’90s gave the neighborhood its name but most of these originals have disappeared from the hill.