Ryan Lewis Takes a Bite Out of Food Deserts

The music producer and Macklemore collaborator dishes on his new cause 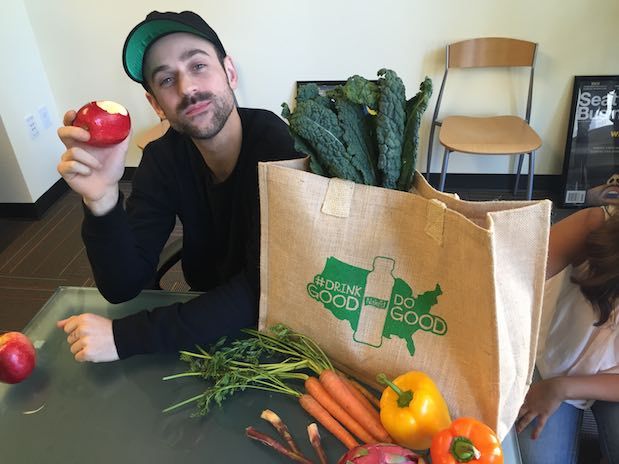 He’s working with Naked Juice and Wholesome Wave—a national nonprofit founded by Michael Nischan, a James Beard award-winning chef—on a #DrinkGoodDoGood selfie campaign to raise awareness about the difficulty many Americans have in accessing affordable, fresh foods in their neighborhoods.

Lewis stopped by the Seattle magazine office to talk produce and deserts.

SM: Tell me a little bit about food deserts.

SM: How many selfies have you taken so far?

RL: Not that many. I’m planning more though. But it’s not about how many it’s more about how. I used celery sticks as drumsticks during a concert for one. The drumsticks didn’t make it. And I’m one of many [who are on this campaign]. You know Common? He did one holding up beats, because he’s a rapper. Get it? He’s a funny guy.

SM: Why did you decide to become involved with this particular issue? Why Seattle?

RL: I think when you’re a producer or a DJ or a musician or a whatever it’s cool because you have a voice. You have opportunities to collaborate with things in the world and help. Plus, I’m 28, I’m getting up there. In the past year I’ve definitely been focused on health and thinking more about what I’m eating. It’s easy to take a selfie to help. One selfie and they donate 10 pounds of produce.

SM: What do you hope to see in Seattle in the future [and across the country] when it comes to the issue of food deserts and what do you think you might actually see?

RL: Access. I hope to see access to quality fruits and vegetables. I think when you have contrast in communities that have to pay more money for healthy food it’s harder. There needs to be quality produce that is affordable. We have a long way to go but my hope would be that all people will have that access.

SM: Are there any food deserts in Seattle you specifically want to focus on? *Delridge, Georgetown, Greater Duwamish, Tukwila*

RL: I care about all of them.

RL: Oh…nobody’s asked me that one….I would say my favorite fruit is the banana. And my favorite vegetable…….is kale….