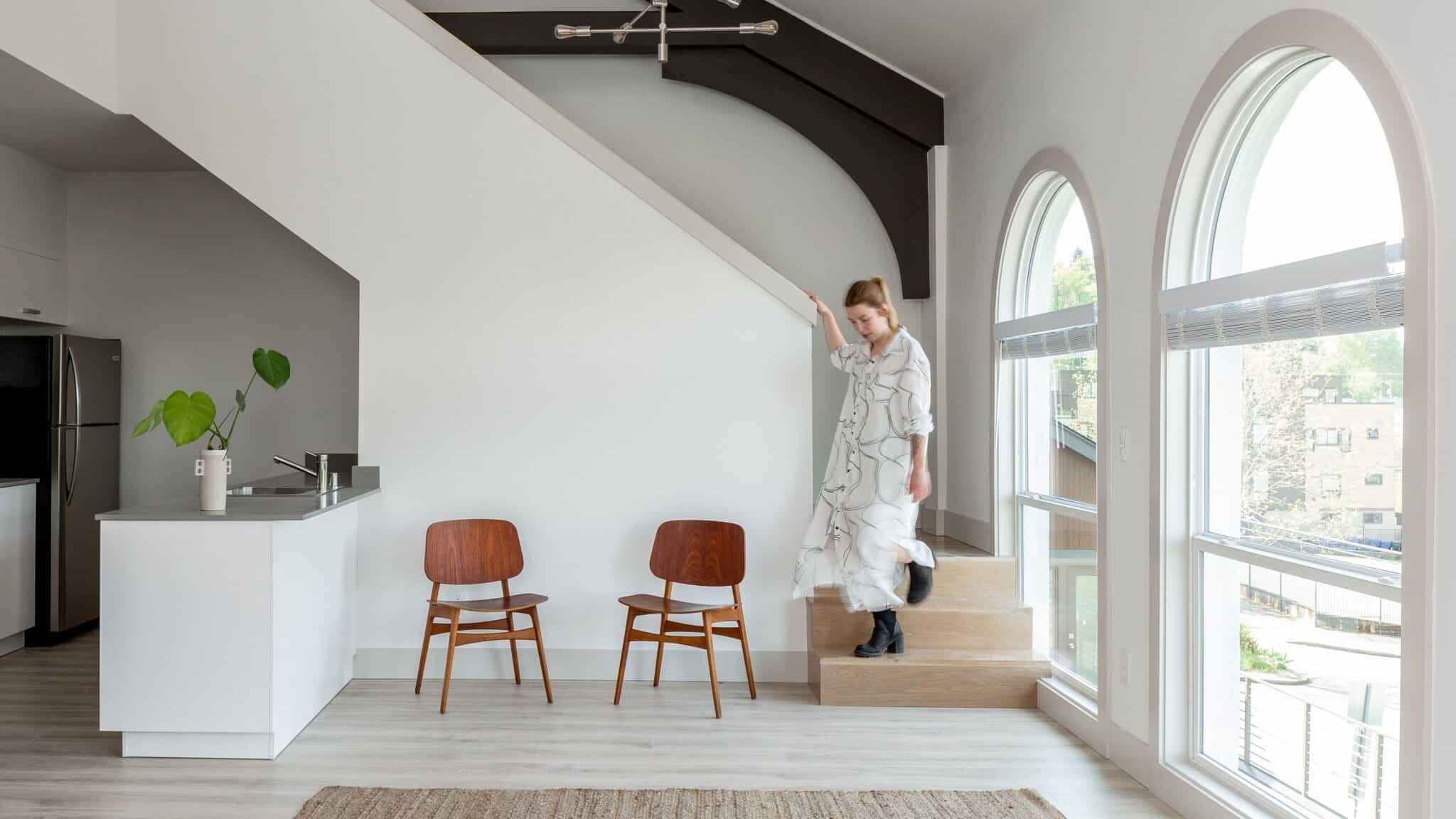 The Columbia Congregational Church was harshly thrust into an uncertain future in the secular world.

It was founded in 1891, two years before the Columbia City neighborhood. The densely forested site was ringed by marshlands and served as the gateway to the untamed Rainier Valley. At the time, it was a common practice to donate land to churches in hopes of luring settlers. The gambit worked. Columbia City and the church prospered together.

In 1922, a new church designed by James Stephen, who rose to fame in the aftermath of Seattle’s Great Fire of 1889, was constructed in the neoclassical style, a rarity in the then-nascent Northwest. (Architecture Hall at the University of Washington is another surviving example.) The project resulted in an extra 5,000 square feet of floor space and a refacing of parts of the facade.

The church was sold in 1993 and for two decades lurched awkwardly between commercial uses and crime-inviting vacancy before attracting the eye of Allied8 Architecture and Design firm cofounder Leah Martin, an East Coast native and neoclassical fan.

While many associate American neoclassic architecture with dramatically columned buildings like the White House and Jefferson’s Monticello, it can assume many forms, Martin notes.

“The [church] structure is neoclassical at its roots, with grandeur of scale and simplicity of forms, including Corinthian column capitals and other Romanesque and Greek detailing,” she says.

But the former church faced an unholy trinity of redevelopment hurdles. The property was in disrepair and had been vacant for seven years. Density restrictions made demolition and reconstruction unfeasible. It was also just outside of Columbia City’s Landmark District, another opportunity lost. A developer bought the church in 2008 with the goal of converting it into condos, but the project failed. 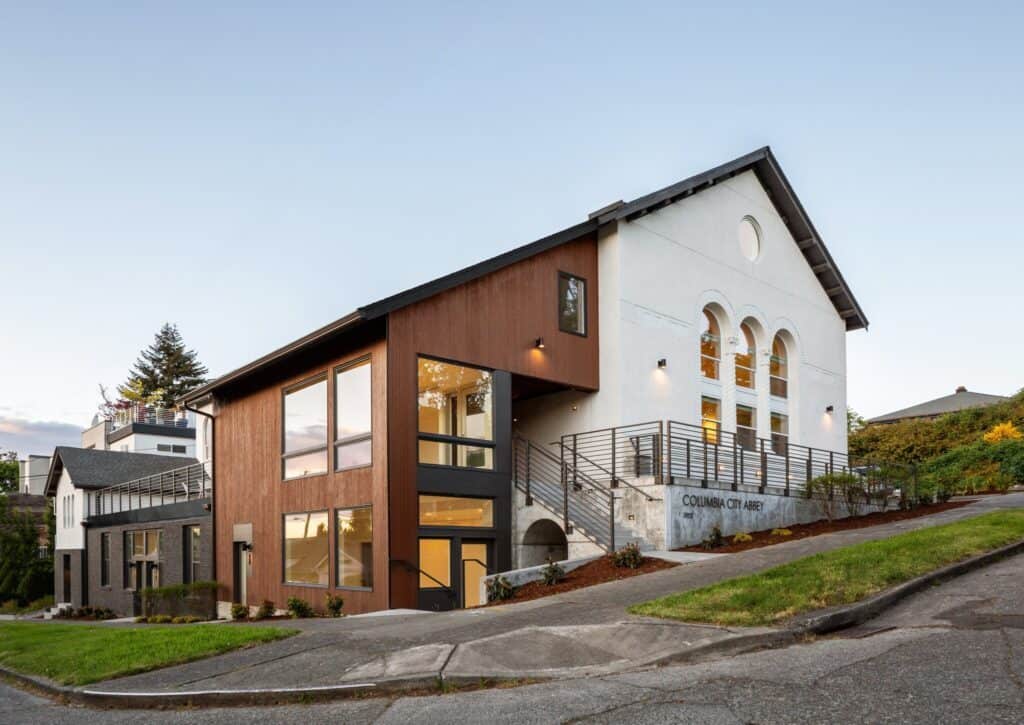 The redevelopment preserved the curbside presence of the church, which opened in 1891 and was rebuilt in 1923.

“It was a uniquely tough project,” Martin explains.

Allied8 set about reimagining the former abbey into a luxury, modern apartment complex while preserving as much of its history as possible. The redevelopment boosted the floor area by 28%, or 5,000 square feet, in part by eliminating off-street parking and corridors.

The increased rentable space opened the developer — Northwest Investments — to refacing some of the façade, which was crumbling in places. An Irish stucco artisan was imported; it turned out to be his last job before retirement.

Another curbside problem: In 1959, the church had hosted a shotgun wedding of competing styles when a mid-century modern dormer with a sloping shed roof was added, a match not necessarily made in architectural heaven. 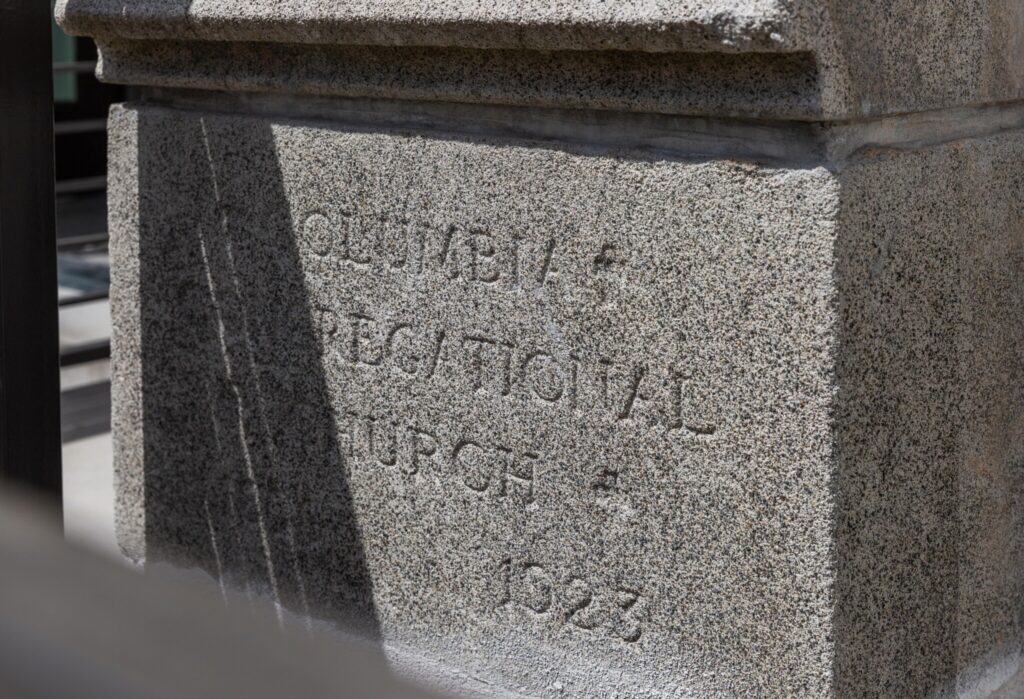 The dormer was spruced up and its lines better integrated with the original structure. More important, it was repurposed as the main entrance to the building, which was the original scheme. That revived the southwest corner of the property, the closest to the Landmark District, as a welcoming bridge to the community.

A public plaza, offering a community gathering place and art space, was added. An elegantly executed ADA pathway serves as another beacon to the public. A custom window was fashioned to create proper fire egress to a third-story apartment.

The result is a rarity for Seattle: 14 new market-rate apartments and two commercial spaces, created with a tiny carbon impact. All told, the project took seven years, about what it would have required for new construction, Martin says.

At each turn, Allied8 sought ways to minimize waste and maximize use of existing materials. When it became apparent that a stained-glass window could not be adequately weatherproofed, it was donated to the Rainier Valley Historical Society. Fir pews were also recycled. The church’s cornerstone was tenderly removed, repaired and replaced.

Construction revealed some soft curls beneath the abbey’s wimple, including beautifully textured board-formed concrete, load-bearing brick walls and rough-sawn ornate trusses, all of which are featured in the new apartments.

No two units are the same. Each contains rounded windows, intriguing nooks, robust natural materials and other personal touchstones with the past of the abbey. The original foot-thick concrete walls, poured with horsehair as a binding agent, buffer sound and serve as natural thermal banks, which is critical since advanced mechanical systems were not in the budget.

Today, the building is once again a bustling center of Columbia City’s revived downtown core.

“For the first time in 20 years and after a handful of hopeful developers, our client was able to succeed and the abbey still stands,” Martin notes. “It’s set up to last another 100 years. 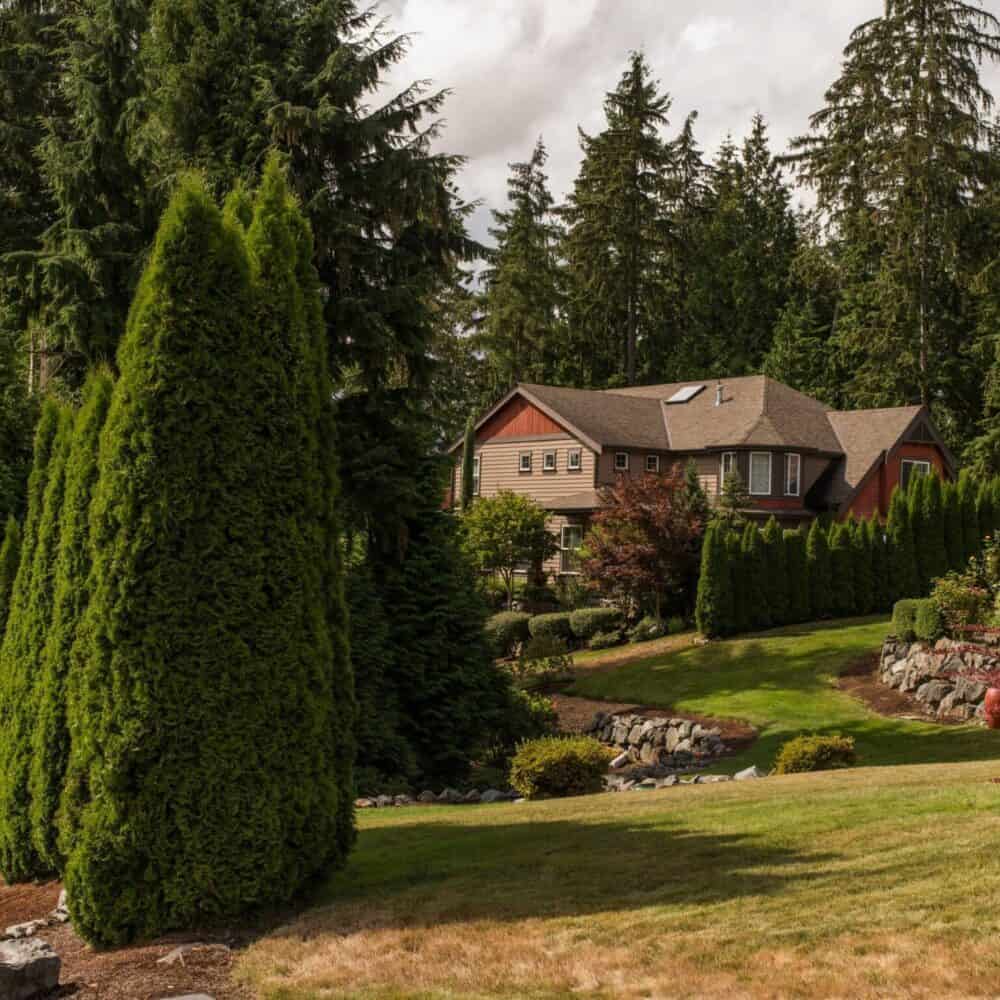