Where to Live Now in Seattle 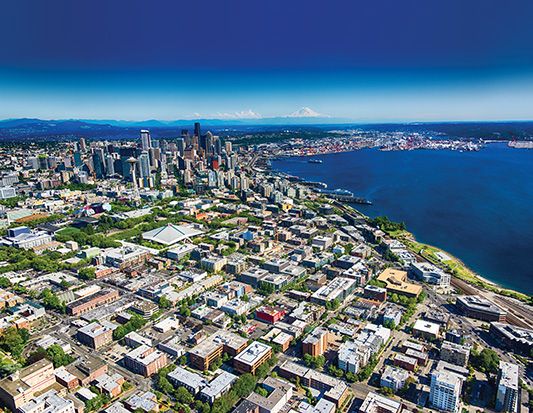 It’s no secret that housing prices are going through the roof in the Seattle area.

Seattle-based Zillow recently ranked our city as the second-hottest housing market in the country. What does that mean for you? If you’re a buyer, you may want to consider a neighborhood with rapid appreciation; if you’re a renter, be prepared to be seduced by unusual amenities in apartment buildings going up around town. If you’re a suburbanite yearning for a city lifestyle, you can have the best of both worlds. And if you’re ready to leave your car at the curb? Some neighborhoods make that easy. Where to live now? The good news: You have lots of choices.

Best Pocket Neighborhoods
You’ve heard of Ballard and Columbia City, but within the large burgs in Seattle (and Bellevue, too) are small areas where the local coffee shop/gathering spot is just around the corner and pride of place runs deep. While there are dozens of these sweet spots, a few have had the added attraction of especially high sales and price growth in the past months.

Lakewood Park
If residents of the Seward Park neighborhood near Lakewood Park run out of milk, eggs or even ice cream, picking up those supplies is an easy trip down to the neighborhood pet store

19th Avenue E
This gem of a neighborhood is located in one of the quieter sections of Capitol Hill, not far from the noise and bustle that is Broadway. The area features tree-lined streets and an eclectic mix of housing—from condos and apartments to Tudor cottages, remodeled bungalows and grand turnof- the-century houses

Mount Baker Park
The area around this small neighborhood is notable for its curving boulevards and wide, grassy medians. The renowned Olmsted brothers are to thank for this English village–style landscaping, as well as for the design of Mount Baker Park, which offers a picnic area, tennis courts and a recently renovated play area

Lake Hills
Developed in the 1950s, Lake Hills is considered one of the first master planned communities in the state, with the original mid-century modern homes here built to provide affordable housing for Boeing engineers

Next-Level Apartment Amenities
With so many apartment complexes competing for tenants, developers are getting creative when it comes to amenities. Here’s a closer look at what new residents can expect in a few buildings

Why It’s Hard to Find a Condo in Seattle
Seattle is awash in new luxury apartments, with tons more set to open in the next 18 months or so, but just try finding a condo to buy, especially a new one

The Best Seattle Neighborhoods Without a Car
In some Seattle neighborhoods, it’s easier than in others to live without owning a car

Suburbs Go Urban: Seattle Area City Centers
Together, millennials and baby boomers are driving a trend that is redefining life in the suburbs: the rise of mixed-use developments and multifamily units in suburban downtown cores