Why It’s Hard to Find a Condo in Seattle 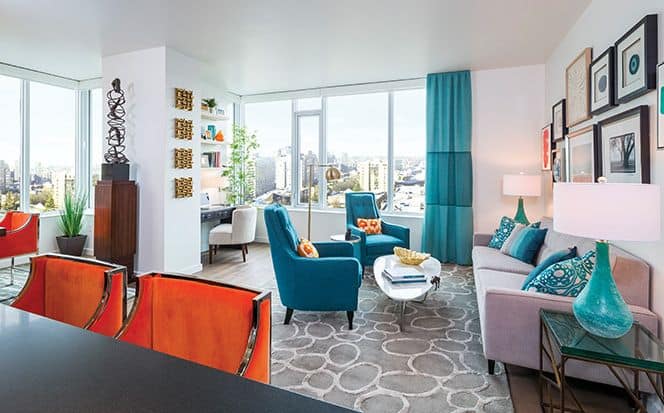 Seattle is awash in new luxury apartments, with tons more set to open in the next 18 months or so, but just try finding a condo to buy, especially a new one. With the exception of Luma—a luxury condo building on First Hill that sold out a few months after completion in 2016—virtually no condos have been built in recent years due to what local real estate experts call a perfect storm of factors. And that means an extremely tight to nonexistent supply of both new and existing condos, a blow for some first-time buyers who were relying on condominiums as an affordable entry point for homeownership.

“Why is there a condo shortage? Well, it could have to do with the number of quality Seattle condo projects currently involved in lawsuits or arbitration,” says Fionnuala O’Sullivan, managing broker and owner at Gerrard, Beattie & Knapp, a Seattle real estate company. “The core of the issue is the Washington Condominium Act. It is very difficult to summarize, but in a nutshell, there are provisions of the act that require certain warranties that a developer must comply with within four years. This makes condo development very expensive, and for many, it is simply not worth it.”

Basically, it comes down to the fact that anyone who builds a condo in the city will face some form of legal action, says Matthew Gardner, chief economist for Windermere Real Estate.

“So, in order to offset that fact, another layer of costs goes onto building condos,” Gardner says. Developers feel compelled to buy insurance against a lawsuit. “So it’s remarkably expensive and you are going to get sued. That’s why for the last several years, I’ve been told by contractors, ‘Why build condos when you can build apartments?’ If you know you’re going to get sued…it gives you pause for thought.”

And don’t expect developers to convert local apartments into condos anytime soon, either, he says, because the economics seldom pencil out when adding up the costs of purchasing the property, making improvements, taxes and other expenses.

“You can’t start repairs until the last tenant leaves,” Gardner says. “So, you have no revenue coming in terms of rent, but [the mortgage] stays the same. The proof is this: Look at the cranes in the city and look at what they’re building. Show me a condo. I will believe it when I see it.”

One rare new downtown condo development coming on the market is Nexus, a 41-story, 382-unit complex in the Denny Triangle neighborhood. Dean Jones, principal and owner of Realogics Sotheby’s International Realty, which represents Nexus, says such is the pent-up demand for new downtown condos that hundreds of potential buyers lined up last year on June 4, including some who spent the night in line, to slap down a $5,000 refundable deposit for first right of opportunity to purchase when the homes are officially released for sale.

Ben Kakimoto, a condo specialist with Keller Williams Realty, says he knows of only two other condo complexes underway at present: Gridiron in Pioneer Square, with 107 units, and Hendon Condominiums, a boutique-style development of 32 units on Phinney Ridge. “We are shocked how few condos there are” under construction, Kakimoto says. “There is such a need.”

Jones says he’s not sure if the condo market will loosen up for buyers. In addition to the threat of construction-defect litigation, booming rents and an influx of new, highly paid tech workers to the city mean that apartment builders can easily sell a new apartment complex to institutional investors at a price similar to selling condos to hundreds of individuals, he says. That makes the decision simple for builders: “These developers aren’t in public service,” Jones says.

What does it mean for buyers? Well, those fourplexes going up in places like Ballard are looking more attractive by the day.