Knute Berger on two men and one book that helped shape Seattle’s opinion of itself. 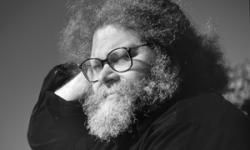 This last year, I’ve spent a lot of time in 1962, as I research and write a history of the Space Needle. Every week, I appear on KUOW-FM’s Weekday news roundtable to discuss such things as the Alaskan Way Viaduct, the tunnel, marijuana and the mayor, but honestly, I’ve been more fascinated with the politics of 50 years ago. I’ve encountered Mayor Gordon Clinton in my studies more often than Mayor Mike McGinn in person. What’s the latest on the Slog or in Seattle Weekly? I’ve been more intrigued by articles in the defunct weekly newspaper The Argus, which I’ve been reading on eye-taxing microfilm.

I’m now convinced that 1962 was a major turning point in Seattle history.

Not because what was predicted then for “Century 21” came true—much of it did not—but because events of the year shifted the perception of Seattle from a port city in the wilderness to a city on the cutting edge of change, finding its place in the world. The year left us a legacy of seeing ourselves more clearly. I have two examples.

The first hit me during a conversation I had with Bagley Wright, the businessman and philanthropist who died earlier this year. Shortly before his death, we had lunch together with his wife Jinny at the Space Needle, a structure Wright helped to finance. Looking out at the skyline, Wright said that in 1962, he was a young man in a hurry. He had built one of the first modern downtown office buildings in Seattle, the Logan Building (1959), and was eager to do more. Just think of it: In 1962, the ultramodern, 19-story Norton Building (1958) and the 10-story Logan were the first, private high-rise office buildings built downtown since the Great Depression. That’s a downtown that had lain almost dormant for a quarter of a century.

Until the Space Needle was built in 1962 for the Century 21 Exposition (aka the Seattle World’s Fair), the Smith Tower was still the tallest building in Seattle, and it opened in 1914. That means it wasn’t surpassed for nearly half a century. Compare that to the last 50 years, during which time the Needle has already been topped five times, the first in 1969, only seven years after it opened. Downtown is a veritable garden of skyscrapers. Seattle has grown up, and the Needle gives us a platform to visualize that change.

A second event was also spurred by the fair. This year is the centennial of Victor Steinbrueck’s birth. Steinbrueck was the brilliant, crusty conscience of Seattle architecture. He played an important role in designing the Needle, and more famously in leading the drive to save Pike Place Market and Pioneer Square from wrecking balls.

But he did something else. He authored Seattle Cityscape, a 1962 collection of sketches that looked at the quilt-like fabric of the city. His drawings caught the essence of Seattle in its details. They didn’t shy away from its complexity or its ugliness. If a view had unsightly telephone wires intruding on it, Steinbrueck didn’t edit them out. What he created was a Seattle handbook that encompassed nature, industry, modernism, Skid Road and funky houseboats. It was an informed, people’s-eye view.

Steinbrueck’s book paved the way for the kind of urbanism that is fashionable today. But it wasn’t as simple-minded as thinking that higher densities and green buildings would cure our urban ills. Steinbrueck saw the beauty, history and complexities that are unique to this place. Seattle Cityscape is the book that dares to find our essence in streets and alleyways, not just in postcard views of Mount Rainier.

So while the fair looked at a Jetsons future, Steinbrueck provided a new way of seeing the city that helped shape a new definition of what a good city was. Seattle wasn’t to be a city of massive parking garages and urban renewal projects, but a city of real life on the ground. Published by the University of Washington press as the fair opened, Seattle Cityscape became a popular gift to show people the “real” Seattle.

The future isn’t always about flying cars and robots. It can be shaped by changing perceptions.

Bagley Wright helped to give us ways to see the larger city grow, and Victor Steinbrueck produced a text that showed us the city of ’62 had elements worth valuing, Space Age or not.

Write editor-at-large Knute Berger at [email protected]. His Mossback column is at crosscut.com.