With Mount Baker’s New Historic Status, What Lessons Can This Neighborhood Teach Us? 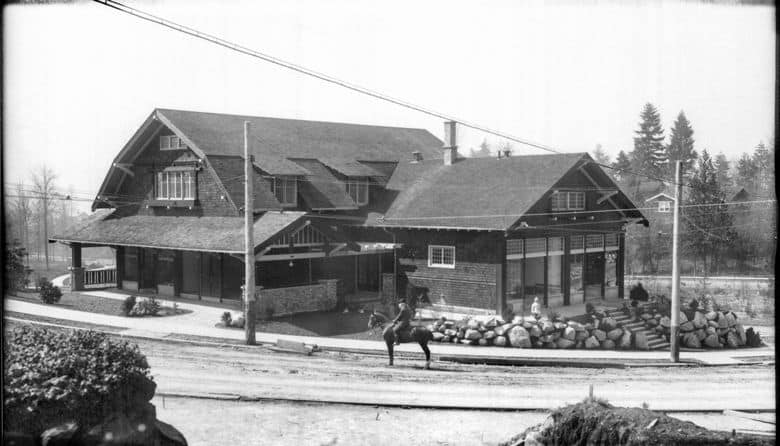 It is one thing to be interested in history, another to have something you love become part of history, especially something that embodies the best and worst of your community.

A large portion of the Mount Baker neighborhood in South Seattle, where I grew up and home for half a century to three generations of my family, has been listed on the Washington Historic Register and is slated to be designated on the National Register of Historic Places. This is an honorific not many of our neighborhoods will be able to achieve in this city of rapid change.

The new district is called the Mount Baker Park Historic District, a predominantly single-family residential neighborhood, thick with Craftsman-era housing and featuring winding Olmsted boulevards and parks. It ranges from Lake Washington to Mount Baker Ridge, along Cascadia Avenue S to the flats in Rainier Valley between the ridge and Beacon Hill. The homes vary from mansions to old working-class bungalows. Astonishingly, 85 percent of the properties that remain within the district were built before 1929.

Part of the impetus for the new historic district status has been in response to change elsewhere in the city, including rezoning and development rules designed to bring more density and development. Right next to the district is Link light rail’s Mount Baker Station, and the area near the intersection of Rainier Avenue and Martin Luther King Way is being eyed as a commercial hub—a “town center” for Mount Baker and a gateway, some hope, to South Seattle. Already, light rail has brought the area closer to downtown via a tunnel under Beacon Hill; another light rail line is coming to Interstate 90 just to the north and will also change the profile of Rainier Valley.

Being listed as a historic district doesn’t mean much in terms of stopping development—being on the register is largely honorary—but it can raise consciousness about the rich history of the neighborhood and encourage people to value it. The history of Mount Baker, which was developed in the first decade of the 20th century, is especially relevant to our current times because, like many Seattle neighborhoods, it was intended to be a stable community for white, relatively prosperous people, a legacy we’re still struggling with across the city.

Yet Mount Baker’s history holds some hope. The neighborhood became a locus for pushback against racial injustice. We know that policies like redlining and racial covenants shaped Seattle’s racial landscape. Mount Baker adopted restrictive rules to keep blacks, Asians and other “undesirables” out. Those efforts were fairly effective until the 1960s and ’70s.

Yet even early on, there was pushback. Only a few blocks from where I grew up is the former home of Samuel and Susie Stone. In 1909, the Stones, a black couple, bought a building lot from a white woman, Marguerite Foy, and began building a home. Mount Baker’s developer, the Hunter Tract Improvement Company, sued to stop construction and keep the Stones out. The Stones won their case in court, and the decision was upheld by the state Supreme Court. That case did not end efforts to enforce racial segregation, but it is an early example of successful resistance. The Stones later went on to help found the local NAACP, and their house is still standing.

The post-World War II Mount Baker I grew up in was more diverse. While my father grew up in a predominantly white Mount Baker, I witnessed the era of white flight. The neighborhood lost population in the 1960s due to the Boeing recession and to people fleeing because of integration after “open housing” was passed in 1968—an ordinance that ended housing discrimination based on race. Remaining neighborhood residents reformed the local Mount Baker community club and abolished racial restriction practices. Activists such as Larry Gossett pushed Seattle Public Schools to end the racist administration of Franklin High School. Mount Baker became more diverse, and the neighborhood bounced back.

Passing through Mount Baker recently, I ran into Ron Sims, former King County executive, in front of his home near one of Mount Baker’s beautiful Olmsted-designed boulevards. A Mount Baker resident since 1978, Sims remembers when the recession drove down real estate prices and the neighborhood was affordable and becoming more diverse.

Sims told me his support for the idea of the historic district was an automatic yes. He’s interested in the influence of living environments on the genetics of residents and their offspring. One’s genes can literally be activated by the physical environment, a process called epigenetics.

Some neighborhoods are healthier than others. Sims was deputy director of the Department of Housing and Urban Development in the Obama administration. He says that if he lived six blocks west of where he does, down in the traditionally poorer parts of this South End neighborhood, his life expectancy would drop by a decade or more. The parks, the community spirit, the design, the safety, the greenery of Mount Baker embody a healthy kind of living everyone should enjoy. “Why preserve Mount Baker?” I asked Sims. “Because it’s Mount Baker,” he enthused.

I grew up thinking everyone enjoyed the same kind of things I did while living here. I learned that wasn’t the case, that it was a privilege. I now realize how remarkable the neighborhood’s physical survival is, as is its social transformation; it came through planning, struggle and reform.

The question is whether Mount Baker’s example of a healthy neighborhood and social progress can be replicated elsewhere. The lessons of this place should be applied to newer, multifamily developments in and around the district and across the city, so that the benefits can be shared by rich, poor and those in between in every ZIP code. Studying this historic district might help us plan a better city for all by learning from both the good and bad of its history.

UPDATE: Since print publication, the Mount Baker neighborhood has been officially designated on the National Register of Historic Places.