Sports stadiums may not make economic sense, but they’re priceless in other ways 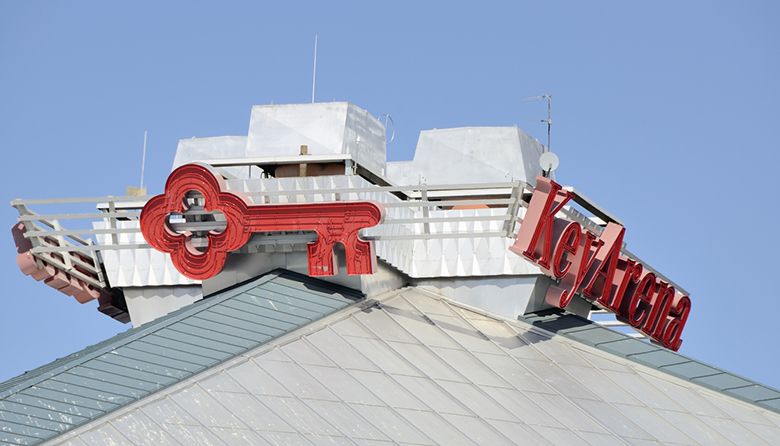 The Seattle Times recently reported that the private group, Oak View, which is remodeling the Seattle Center Coliseum (aka KeyArena) to host NHL hockey and, it is hoped, NBA basketball, has indicated that the costs to renovate and rebuild the facility will be upwards of $900 million—a third more than recent estimates of around $600 million.

The good news is that this is private money. In other words, we taxpayers aren’t on the hook and stand to benefit greatly if the arena is a success. Of course, if for some reason the whole enterprise goes “kablooey,” we’d be back where we started with a potential white elephant on our hands.

Still, the ballooning costs show that Seattle has learned some lessons from the past where the public paid for, or heavily subsidized, venues (the Kingdome, Safeco Field (now T-Mobile Park), CenturyLink Field—and decided with a city ballot measure that giving money to billionaire sports franchise owners was a sucker’s game. The tragic loss of the Sonics basketball team underscored at least one thing positively: The onus for financing stadiums and arenas must be on the private sector from now on. It is a lesson being learned in other cities. But you have to be willing to walk away from a pro sport.

I recently attended a historian’s conference where one of the panels took on the topic “Stadium Wars: Sports Venue Construction, urban Politics and Social Change in the ‘60s and ‘70s.” The historians on the panel discussed stadium projects in Los Angeles, Kansas City, Houston, Oakland and Philadelphia that involved baseball teams like the A’s, the Astros, the Royals, the Dodgers and Phillies.

A couple of things became clear. Historically, cities have bent over backward to get sports franchises to move to their city at taxpayer expense by funding venues, giving away land, and offering new tax breaks, among other enticements. Amazon did not invent the squeezing of local communities to subsidize relocation.

Teams have come and gone, stadiums have risen and decayed or vanished, and they have often had a dramatic impact on their host communities. The location of stadiums has often reshaped future development, not always positively.

We have seen some of those struggles here: The SoDo stadium district has impacted Pioneer Square and expansion has threatened the viability of the Port of Seattle and railroad operations, which caused resistance to the idea of a new “Sonics” arena there. We have seen taxpayer-funded monumental structures like the Kingdome become ephemeral when tasked with pleasing leagues, owners, teams and owners. The blowing up of the Kingdome in 2000 before it was paid for (bonds were finally paid off 15 years after demolition) is a kind of metaphor for stadium madness.

And madness it seems to be. The academics who study these things are critical of the economic benefits so often touted in selling the public on funding new stadiums that support the sports teams owned by billionaires. Back in the ‘70s, cities were effected by what writer Calvin Trillin referred to a “Domeism,” a belief that every city needed domed stadium as “civic status symbols” as one professor put it. The best arguments in favor of using public money for teams are rather intangible, like civic bonding or that feeling of “big leagueness.” Think of the joy when the Sonics and Seahawks celebrated their world championships. But these public benefits are minimal and the venues can turn into actual liabilities when they become decrepit.

But having a professional sports team to cheer on feels so good to many people, even as they rationally recognize the insanity of the system. Will a baseball player ever be worth $600 million? Will billion-dollar arenas ever pay back? Seattle has been out front in moving away from public funding and putting the onus on private funding. If the Coliseum/Key renovation goes $300 million over budget, so what?

In the academic world, the public love of sports falls under a term I heard several times: “spiritual interest politics.” Which means that the memories and love people have for going out to the ballpark is based on deeper feelings more than financial common sense. Why do people still attend Mariners games? Why do communities “unite” around victory, or even bond through defeat? Why, when I attended the Mariners victorious and heroic playoff series against the Yankees in 1995, did it create moments I will remember with my children for our entire lives? This is where the value lies. If you try and make sense with dollars and cents, it doesn’t really work for the taxpayer. But it can be priceless for purely emotional reasons.