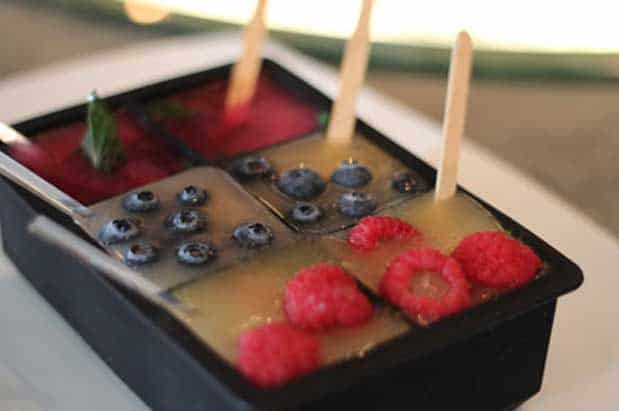 It may seem— this week at least— that summer is fully upon us. But it’s still the tail end of spring, with plenty of news and tidbits about bars, bartenders and bar-ish things blooming.

Yet to Be Named Bar from Liberty Owners: File this under “coming soon” as it’s not yet open, but it’s such awesome news that I wanted to mention it anyway. The story I know so far is that two stellar bar fellas, Andrew Friedman and Keith Waldbaur, who are behind the true Seattle bar gem Liberty, are opening this spot. Details are limited, but we do know that they’re going through the regular issues and paperwork at the moment and starting to get things in movement. According to Friedman, they plan on creating a very comfortable and inviting place with a friendly vibe. And great cocktails, of course. I would expect nothing less.

Grown Up Popsicles Now at Boka: Just in time for summer, Boka Restaurant has unveiled a series of Popsicles for those over 21, including the Sunset Sail, with an orange, lemon juice, simple syrup, and raspberry ice cube alongside a hibiscus, lime, and Shiso leaf-infused rum. As you pour the infusion over the cube, the flavors mingle. Designed by chief mixologist Mi-Suk Ahn, the snazzy ‘sicles are usually $10, but when you have them as a part of the restaurant and bar’s new Boozy Tuesday program happy hour, they’re only $7. The Drunken Monkey, a cocktail-y banana split, is also new on the menu (and $9 during happy hour).

Von Trapp’s Happy Hour: Recently profiled in Seattle magazine’s June issue, the bustling bier hall Von Trapp’s now has a new happy hour. You’ll find house wine and some of their well-curated beers for $4, some delicious cocktails for $8 (including the dandy Fire & Knife, with Mezcal, grapefruit cordial, rhubarb amaro, lime, lager and chile salt), and also Rossbacher for $5 (if you don’t know Rossbacher, it’s the German version of an Italian amaro, an after dinner delight with herby overtones). The happy hour also has a variety of snacks and flatbreads for less than normal prices.

Frolik Kitchen + Cocktails Opens: Actually, it opened in late April, but it’s such a fine space for summer, that it’s good to mention now. Sitting on the 5th floor at 1415 5th Avenue, it has ping pong tables, shuffleboard, and a massive deck (hence being a hit for summer). The menu isn’t as large, but covers the bases, with a happy hour cocktail list that’s highlighted by some revered classics for $5, including the Dark and Stormy (dark rum, ginger beer, lime), which is a fine thing to sip on a summer’s eve. 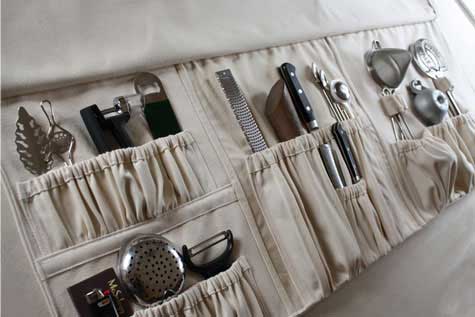 Support a Local Bar Star: Mike McSorely (RN 74, ex Tavern Law, Tini Bigs, Naga ) is one of our swell local cocktail makers, and he has a new project you can support via Kickstarter: McSology’s Bartender’s Tool Roll. The tool roll is a way for craft bartenders to easily tote all the tools they need to make delicious drinks easily, with 15 pockets scaled for specific tools, and it will be made right here in Seattle. Pretty awesome! And, if they make it, it’ll be even easier for bartenders to make cocktails the right way. If you like making cocktails at home, you may want one, too.