Le Pichet’s Jim Drohman on His Love for Comté Cheese 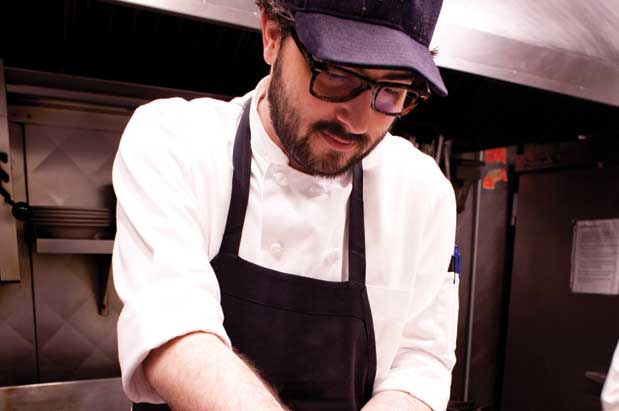 This article originally appeared in the December 2014 issue of Seattle Magazine.

It’s safe to say that with two French restaurants, a Parisian culinary education and a country house in the Béarn, Jim Drohman is a Francophile at heart. So it comes as no surprise then that he relies on cheese as a foundational ingredient in his dishes, in particular, Comté. The firm Gruyère-like cheese, with a nutty, caramel flavor and a creamy texture, “is one of the pillars of French cooking, no matter where you are in France,” Drohman says.

Le Pichet, near Pike Place Market, serves traditional dishes such as soupe à l’oignon gratinée—a bowl of rich French onion soup capped with a slice of Comté that is broiled until browned. Here, the charred cheese has “a crustiness that plays against the sweetness of the onions and sherry,” Drohman says, “and the bitterness from the cheese gives an exaggeration of sweet and sour.”

At Café Presse in Capitol Hill, the kitchen works through two 90-pound wheels of Comté a week, due to the popularity of the croque monsieur (a glorified grilled cheese) and the baked eggs with ham, both of which highlight crusty, burned cheese edges. “Comté has a high fat [content],” Drohman says, “so the nice, melty, milky characteristics come out when it’s just melted.” The omelette au choix at Café Presse showcases Comté at its simplest.

Why you should try it: As Comté ages, salt crystals develop and the cheese turns dense, acquiring notes of butterscotch and caramel. The flavor is long in the mouth and it luxuriously coats the palate. It’s excellent in all manner of melting; a little goes a long way.

How to use it at home: In French onion soup, of course. (Find Jim Drohman’s recipe for French onion soup here.) Also with eggs—under the broiler, the Comté’s oils seep out and the cheese caramelizes and turns crusty, adding a bitter crunch to counter the richness of eggs. Tuck a small amount of diced Comté into gougère dough for a baked appetizer (see Amy Pennington’s recipe for kale gougères here). It is an excellent cheese for fondue, stuffed in winter squash and melted into gratins.