Learn How to Bake Bread at Skagit Valley’s Bread Lab 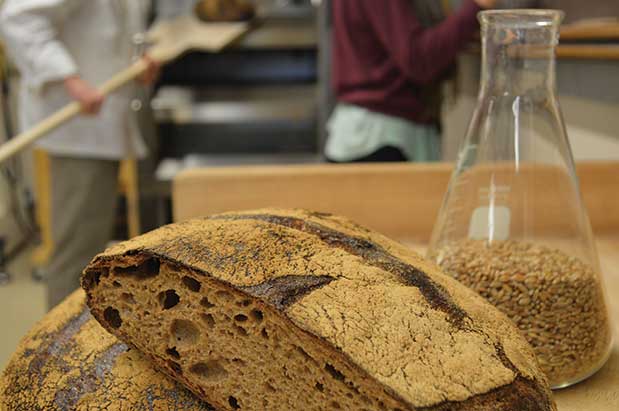 For an obsessive home baker, visiting King Arthur Flour’s flagship campus in Norwich, Vermont, was something of a religious pilgrimage worthy of the hours-long detour I took during my Boston vacation last year.

This fall, fellow obsessives won’t have to travel to the East Coast to learn how to roll layers of laminated dough (think of the layered dough for croissants), shape crusty baguettes or craft the perfect pie crust. King Arthur Flour, the country’s oldest flour company, is collaborating with Washington State University’s Bread Lab, a research facility for locally grown grains and their role in the future of baking, on developing a West Coast location of its state-of-the-art baking education center (11768 Westar Lane, Burlington; 360.707.4640; thebreadlab.wsu.edu). The center will be part of a 12,000-square-foot facility at the Port of Skagit in Burlington, which will also include the Bread Lab’s expanded research laboratory, milling room, professional kitchen and conference rooms. King Flour’s teaching room is modeled after what’s proven successful in Vermont: small classes with bakery-level equipment and hands-on workspaces for as many as 16 participants.

Related: The Best Getaways for Food and Wine Lovers

According to Bread Lab director Stephen Jones, this is a natural partnership born out of years of mutual admiration and cooperation. King Arthur has been a sponsor for the lab’s annual Grain Gathering (a sold-out conference that took place in July that is a sort of summer camp for both professional and amateur bread lovers, with workshops and panel discussions) and the Bread Lab has educated King Arthur bakers in the ways of wheat.

That education will continue at the new center, where classes will roll out starting in the fall. Students—pros, kids and home bakers alike—can sign up for classes that are as breezy as a few hours (the art of cream puffs and eclairs, for example) or as intensive as a few days (such as the fundamentals of bread baking).

There’s talk, too, of specialized courses working with the local grains grown in the lab’s breeding program. Bread Lab tours will be offered as a part of classes, as well as separately by appointment only. And all of this is available without requiring a cross-country trek.

As our obsession with open-faced noshing continues, we explore a range of toasts in Seattle