Making it easy to enjoy healthy food for lunch. 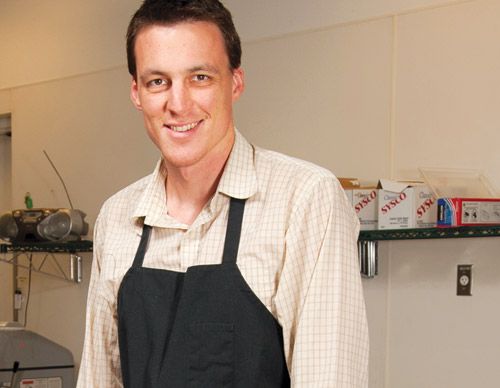 “A salad a day keeps the doctor away” is the philosophy at Molly’s Salads, a local artisan salad and sandwich eatery that packs a rainbow of veggies, herbs and protein into its flavorful to-go lunches.

Thinking that everyone should have a salad symphony available at their fork tips, he encouraged Ayre-Svingen to open her own salad shop, but the busy Microsoft vendor declined.

So Kalb asked her permission to open the business himself, using her ideas and ingredients. He created Molly’s in 2009 and, though Ayre-Svingen doesn’t work at the shop she inspired, Kalb says he learned all his salad tricks from her.

Staying true to those healthy roots, Molly’s chefs use local, organic veggies and greens from places such as Five Acre Farms co-op and protein from Bob’s Quality Meats in flavorful sandwiches like the P-Patch—green peppers, carrots, cucumbers and butterhead lettuce in between slices of hummus-slathered multigrain bread from The Essential Baking Company.

Molly’s also crafts house-made salad dressings with organic olive oil, instead of vegetable oil (which Kalb says is one of the worst culprits in bad diets because it’s high in “bad” fats and cholesterol), used in zippy options like the lemon-mustard dressing that tops Molly’s protein-packed quinoa salad.

Kalb says it all comes down to a simple, albeit grand, philosophy. “If we transform the way Americans eat, we can physically transform the American landscape.”