Quarterback for the University of Washington football team 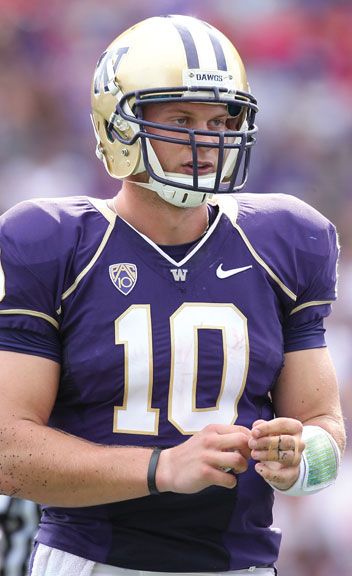 Jake Locker could have taken the money and run unimpeded to the nearest wealth management firm. As one of the best college quarterbacks in the nation last year—on a so-so team—Locker had the talent to jump from college football to the National Football League. But he chose to honor his commitment to the University of Washington through the 2010 season—a decision that says much more about the man than it does about the football player.

Make no mistake. Barring injury or a decision to pursue another line of work—he’s also a gifted baseball player—Locker will still make a ton of money next year when some NFL team drafts him in the first or second round and guarantees him enough to keep him comfortable for the rest of his life. Doesn’t matter if he is able to lead the Huskies to a bowl game this year or not. Doesn’t matter if he ends up winning a boatload of awards. The sports world already knew he could throw straight. Much more important, particularly to young people who might look up to him: Jake Locker has shown he has his head on straight.