Seattle’s Most Influential People 2018: The Next Generation 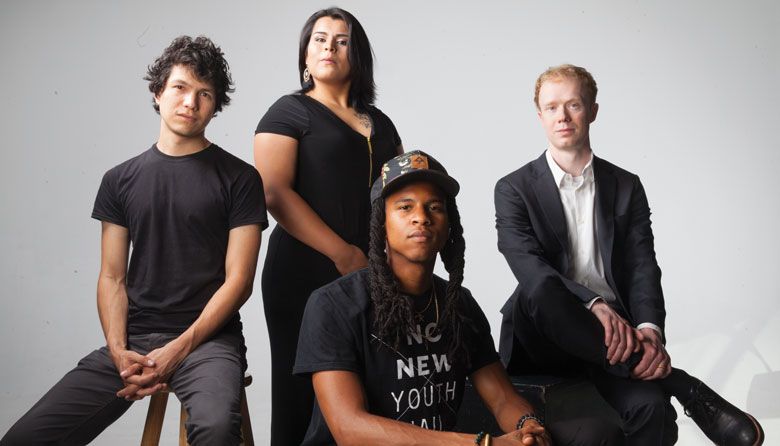 Millennials are often stereotyped as self-absorbed, apathetic and unwilling to work hard. Yet these four young people tell a different story. In their divergent arenas, their leadership assures us that the future is in good hands.

As cofounder of Washington Building Leaders of Change (WA-BLOC), Rainier Beach native Jerrell Davis, 26, utilizes intergenerational leadership, restorative justice, racial equity and youth and parent engagement to achieve transformative educational excellence for black and Latino students in South Seattle. Through the activism and leadership of the youth of WA-BLOC’s summer CDF Freedom Schools, the school board of Seattle Public Schools unanimously voted in 2016 to provide free ORCA transit cards to low-income youth who live farther than a mile from school. The program was then expanded by Mayor Jenny Durkan this year to give all students year-round access to the passes, making Seattle the largest city to do so.

At just 30, Gordon Padelford is the new executive director of Seattle Neighborhood Greenways and a leading voice for “safe, comfortable and equitable” streets for all. As part of his work with the organization, Padelford led the successful effort to lower speed limits on Seattle streets in 2016 to make the roads safer for pedestrians. He also convened the coalition that yielded $82 million in public benefits—including walking and biking connections, affordable housing and parks—from the Washington State Convention Center expansion.

Monserrat Padilla lives proudly in her truth. The 26-year-old activist and coordinator for the Washington Immigrant Solidarity Network (WAISN) has come out three times—as an undocumented immigrant, as a queer man and as a transgender woman. As a Deferred Action for Childhood Arrivals (DACA) recipient, Padilla is an outspoken advocate for other “Dreamers” as well as all immigrants. She was one of the leaders of the recent “Families Belong Together” week of action in June and spoke to a rally of 10,000 people at the federal detention center in SeaTac.

Beloved bus driver and artist Nathan Vass, 32, calls out each stop on his No. 7 bus route himself and greets each passenger, often by name. His dedication to the people who rely on his route’s 126 stops through Rainier Valley has earned him a loyal following. Vass documents his travels and the people who inhabit them through his blog, The View from Nathan’s Bus, which will be published as an upcoming book, with entries like this: “[Driving the bus]…reminds me how much more there is than my little quibbles, and allows me to touch the glorious and irreplaceable feeling of reaching other people—reaching them without an agenda, and among all walks of life.”