Seattle’s Most Influential People 2018: Ones to Watch 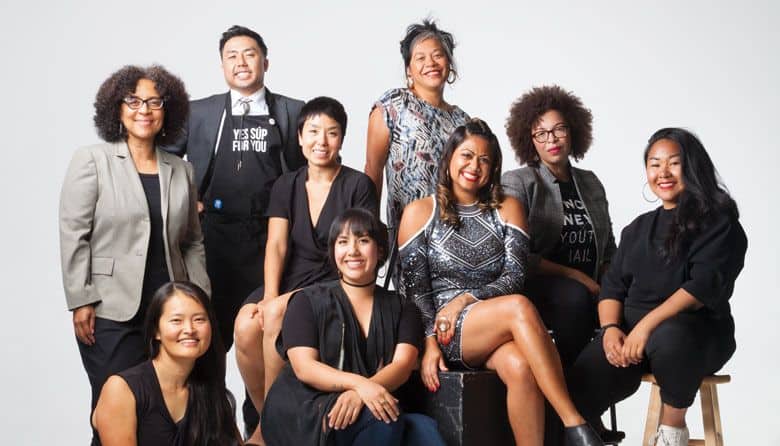 These nine Seattleites already have amassed impressive CVs—and we can’t wait to see what they do next.

As mayor of Tacoma (2010–18), Marilyn Strickland deftly focused on economic and image development, succeeding in attracting millions in Chinese real estate investment dollars and national and international press to the City of Destiny. In February, after her term-limited mayoral run ended, she was named president and CEO of Seattle Metropolitan Chamber of Commerce. And by June, Strickland already had made her presence known in our city as she deftly helped defeat a certain corporate-despised head tax.

Former Stranger food writer and mom Angela Garbes’ book, Like a Mother: A Feminist Journey Through the Science and Culture of Pregnancy, has resonated with many expectant and new moms since it was released in May. Her science-based myth busting (Is wine really off limits?) and intimate exploration of pregnancy (addressing everything from miscarriage to postpartum) is delivered in a brassy style relatable to modern moms. Take her introduction: “The moment I found out I was pregnant, I was hung over….Did I just pickle my embryo with tequila?”—so not your mother’s expecting baby book.

If, on her 60th birthday, your grandma revealed a secret life as a gangster and nightclub singer in the Philippines, you’d want to write about it, too. Fortunately, director Sara Porkalob was just the triple threat (writer, actor, three-octave singer) to pull off what Seattle Times reviewer Misha Berson called a “fierce, vibrant memoir.” Dragon Lady, Porkalob’s Intiman Theatre–produced musical, debuted in September 2017 with Porkalob playing and singing every part. And that was just the first act of a planned trilogy that focuses on, in Porkalob’s words, “strong, flawed, Filipina-American women” and explores immigration and racism in America. Next year, she will perform Dragon Lady and Dragon Mama (about her mother) at the esteemed American Repertory Theater. She’s also developing Dragon Baby (her story), as well as television, film and book treatments of her multigenerational Dragon tour de force. We can say we knew her when.

Yenvy, Quynh and Khoa Pham launched the new year with a new take on the old, beloved Pho Bac chain restaurant opened by their parents in 1982. Their Pho Bac Sup Shop in Little Saigon boasts a hip modern interior and a menu brimming with chic cocktails and irresistible dishes, such as elegant sausage sliders and delectable short rib pho. The Pham siblings are on the leading edge of a wave of old-school, family-run international restaurants being reimagined by the next generation. Slurp in style, Seattle.

Priya Frank, who joined the Seattle Art Museum in 2015 as associate director for community programs and built its equity team, is helping to put SAM at the forefront of community conversations about race and equity. The exquisitely tangible results were exhibits like Figuring History: Robert Colescott, Kerry James Marshall, Mickalene Thomas, that collected the work of three renown Black artists from three different generations and confronted the history of Black representation in Western art, and this summer’s Double Exposure: Edward S. Curtis, Marianne Nicolson, Tracy Rector, Will Wilson, juxtaposing the often staged takes of Native Americans by an iconic historic photographer with imagery by three modern-day Native American artists. These shows drew crowds and sparked dialogue.

Following the last U.S. presidential election, Boting Zhang—now a real estate strategist with the city—was motivated to do something. She acted by creating an online forum/art project, Between Americans, gathering voters from across the country (12 each from the Trump and Clinton camps) for conversations that might shed some light on our deep political divide. Although the exchanges were private, a timeline featuring exit-interview clips with taglines like “What Facts Are” and “Chronic Disbeliever” was posted last November (find it at betweenamericans.org). Few minds were changed in the conversations, but lessons were learned, Zhang said in an email. “The project taught me that what really matters happens between election cycles.…I’ve expanded my holding capacity for my own conflicts and paradoxes, which helps me see and value others without judgment.”

Kirsten Harris-Talley helped keep our city running last fall after disgraced Mayor Ed Murray was forced from office over allegations of child sex abuse. During her 51-day tenure filling in for retiring council member Tim Burgess, who became interim mayor, the civil rights activist proved to be an independent and effective legislator. Among other things, she carved out a budget line item to fund four new homeless-focused city positions. Currently, Harris-Talley is program director for the nonprofit Progress Alliance of Washington, but we won’t be surprised to one day find her name on a ballot.