Under his leadership, Starbucks has partnered with Mary’s Place, a shelter for homeless women, children and families, in the No Child Sleeps Outside campaign 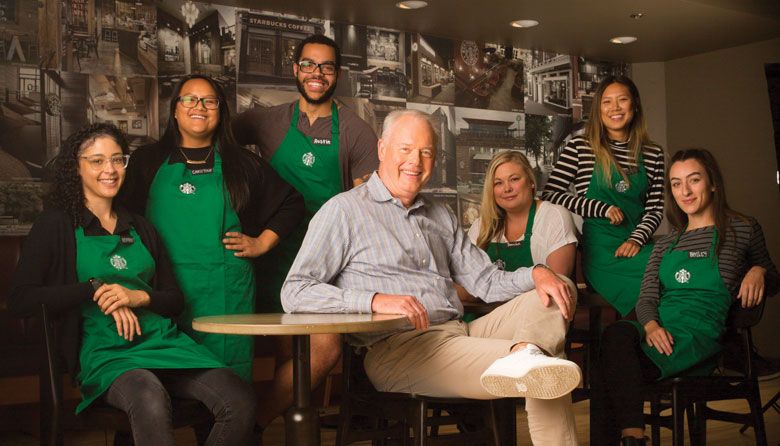 In the year since he became CEO of Starbucks, Kevin Johnson has demonstrated that some corporations can do the right thing. Earlier this year, when two black men waiting for a business partner in one of Starbucks’ Philadelphia locations were arrested for “trespassing,” Johnson’s response was swift: He flew to Philadelphia to offer a sincere apology and personal mentorship to the men, told them Starbucks would pay for them to complete their college degrees and announced a plan of action that included shutting down the coffee chain nationwide for an afternoon of employee racial bias training in May. And then there is Johnson’s local commitment to our city’s most visible problem, homelessness.

Under his leadership, Starbucks has partnered with Mary’s Place, a shelter for homeless women, children and families, in the No Child Sleeps Outside campaign, contributing $2.5 million so far; partnered with Pearl Jam this summer to raise funds for unsheltered families; and earlier this year, gathered 50 business leaders, government officials, service providers and families at Starbucks’ headquarters to discuss how the county can better reach homeless families. All told, Johnson is showing us his progressive vision for leading one of Seattle’s most iconic companies forward.