Amy Nelson, Megan McNally, Cynthia Tee and Leslie Feinzaig are making moves and taking fellow women along for the ride 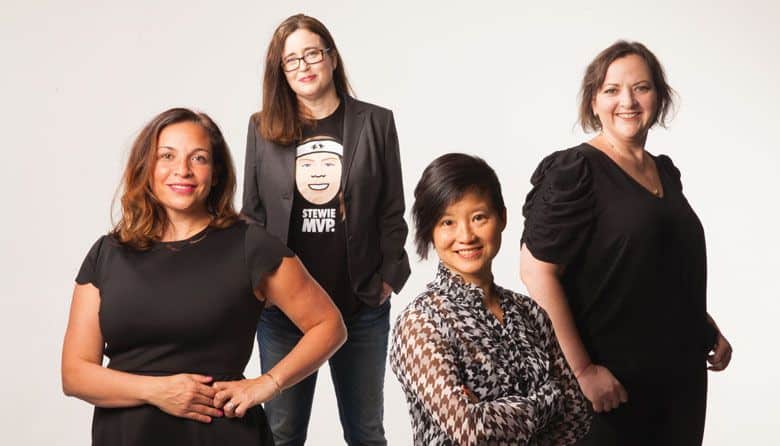 Long before 2018 began to look like another Year of the Woman, Cynthia Tee was mentoring women in tech, first at Microsoft, where she was a program manager for 20 years, then as executive director at Ada Developers Academy, where she focused full-time on mentorship. The academy trains women to be developers in a yearlong program sponsored by tech companies around the region. In her two years at Ada, Tee grew the program to serve a more diverse and larger group of students—now 100 students a year—as well as tripled the number of company sponsors. In 2018, she became the senior director of engineering at Nordstrom and helped to organize the second Women in Tech (WIT) Regatta, a weeklong event of workshops, speakers and networking.

When Amy Nelson launched The Riveter in 2017, she wasn’t just riding the wave of hip coworking spaces—she reinvented them. Pregnant with her third child, the corporate litigator quickly saw that existing coworking spaces reflected the male-dominated workforce that she came up in. With The Riveter, she’s created a female-friendly workspace that also offers programming and events focused on women, and where men can learn things as well, such as how they can be women’s allies at work (about 25 percent of The Riveter’s members are men).

Tech executive Leslie Feinzaig first honed her entrepreneurial skills with Venture Kits, leadership adventure game kits for kids that were inspired in part by the birth of her own daughter. What Feinzaig learned from launching that business led, in 2017, to the Female Founders Alliance, a private professional network through which female leaders and entrepreneurs could support each other. It grew from a casual Facebook group to a fast-growing membership community of thousands, with chapters in Seattle and New York City, and more to come.

In a similar way, the FBomb Breakfast Club, founded by lawyer Megan McNally in 2017, tapped into an unmet hunger felt by female entrepreneurs for candid conversation about the sometimes messy challenges they face, as well as the systemic ones, such as the fact that women-led startups receive only 7 percent of predominantly male-investor-led venture funding. The group meets monthly and has grown from 20 women at its first meeting to more than 1,600 members. McNally also started Diana SportsTV, a digital streaming network devoted to women’s sports that’s set to launch early next year; the website went live in September. As a sports fan, McNally told Crosscut last summer, “I’m really tired of waiting for sports media to understand what I want to watch and how I want to watch it.”