A new one-act, 'The Falling and the Rising', tells the stories of those who serve 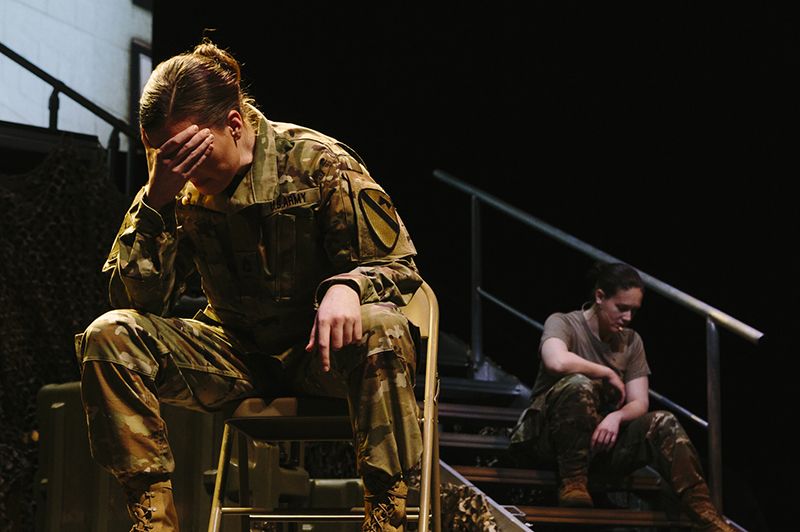 It’s unusual for an opera chorus rehearsal to begin with an in-depth explication from the director: whom they’re playing and why, in fact, they’re even there. But The Falling and the Rising is an unusual opera. This new work by NYC composer Zach Redler and Chicago librettist Jerre Dye, which opens its run at Seattle Opera this Friday, takes us inside the hearts and minds of those who fight, theatrically reshaping stories drawn from the reminiscences of actual war veterans.

At last Thursday’s rehearsal in Tagney Jones Hall (the glass box fronting Mercer Street in SO’s glittering new headquarters, which is where the performances will run November 15–24), director Ned Canty outlines the opera for the 15 or so assembled chorus members. Soon after the 75-minute one-act opens, the central character, known only as The Soldier (and sung by soprano Tess Altiveros, well-known to operagoers from performances at UW and around the area), is wounded while Skyping with her daughter back home. In a medically induced coma, she has visions of other servicemembers telling their stories: an older female soldier, a parachute jumper, a colonel who lost his wife, a man in a wheelchair returning to his hometown church.

This format is “like reading a collection of short stories,” Canty says, explaining that the framing device is not far from the dream adventures in The Wizard of Oz or the supernatural out-of-body overview in It’s a Wonderful Life. The chorus enters in the final scene; they represent, Canty says, “people [whom the Soldier] has met in the past who have influenced the decisions she had made”—the personification, in a way, of the commitment soldiers make to one another, and who bring the Soldier the strength to move on from her trauma and with her life.

Like their role in this opera, the chorus members themselves are out of the ordinary. Including a mix of ages, genders, ethnicities and physical abilities, they too are military veterans, recruited through Path with Art, a Seattle organization that provides creative opportunities to people in recovery. After music rehearsals of the opera’s climactic “Anthem” throughout September and October, they’re here today for their first blocking. Their entrances and exits all run smoothly; the only thing that gives them pause is the weirdness of having to follow the conductor, Michael Sakir, on TV monitors, since he and the 11-piece orchestra will be tucked behind the set.

The Falling and the Rising was conceived by Staff Sergeant Ben Hilgert, a tenor in the chorus of the U.S. Army Field Band in Washington, D.C. After choosing Redler and Dye as his collaborators, the team set up interviews with D.C. area vets. “We interviewed colonels, retired veterans, soldiers coming right out of basic training, soldiers home from deployment and on and on,” Dye said. “We also spoke with military family members… Each character is really a composite sketch of all the people we interviewed along the way.”

Putting the vets at ease was paramount in facilitating rich conversation. “I was looking for idiosyncratic language that might give our characters the texture and naturalism they deserve,” Dye says. Intent on capturing the often-overlooked personal angle of military experience, he says, “The first question we asked those interviewed was, ‘What do you want civilians to know about your service that you suspect they don’t really understand?’

“As we conducted the interviews it was very clear what themes were rising to the surface… All of the soldiers spoke candidly about the role family plays in their life and how family takes many forms—blood family, family of choice, and finally battle buddies. Serving in the military seems to make one keenly aware of these concentric circles of family. We knew we wanted the piece to reflect this understanding of connection and camaraderie alive in military life. We also wanted to deal with the notion of sacrifice. The word ‘sacrifice’ often gets tossed around inside so much political-speak that it tends to lose its meaning. We wanted the piece to investigate the idea of sacrifice and what it really means in the life of the soldier.”

Texas Christian University premiered The Falling and the Rising in April 2018, and the opera has since been produced in San Diego, Arizona, and Memphis. So far, the opera has fulfilled, rewardingly, its intended purpose. Reminiscing at rehearsal about the Memphis production, Canty says, “People left understanding a little bit better… and wanting to help.” In addition to spreading insight into the minds of those who serve, Dye sees another benefit: “From the onset, Zach, Ben and I really wanted this piece to be a ‘first-touch opera,’ an opera for those that have never been to see an opera. It’s so exciting to see it performed across the U.S. The post-show conversations have been such a gift to me…. The doors are opening and Seattle Opera is leading the way.” 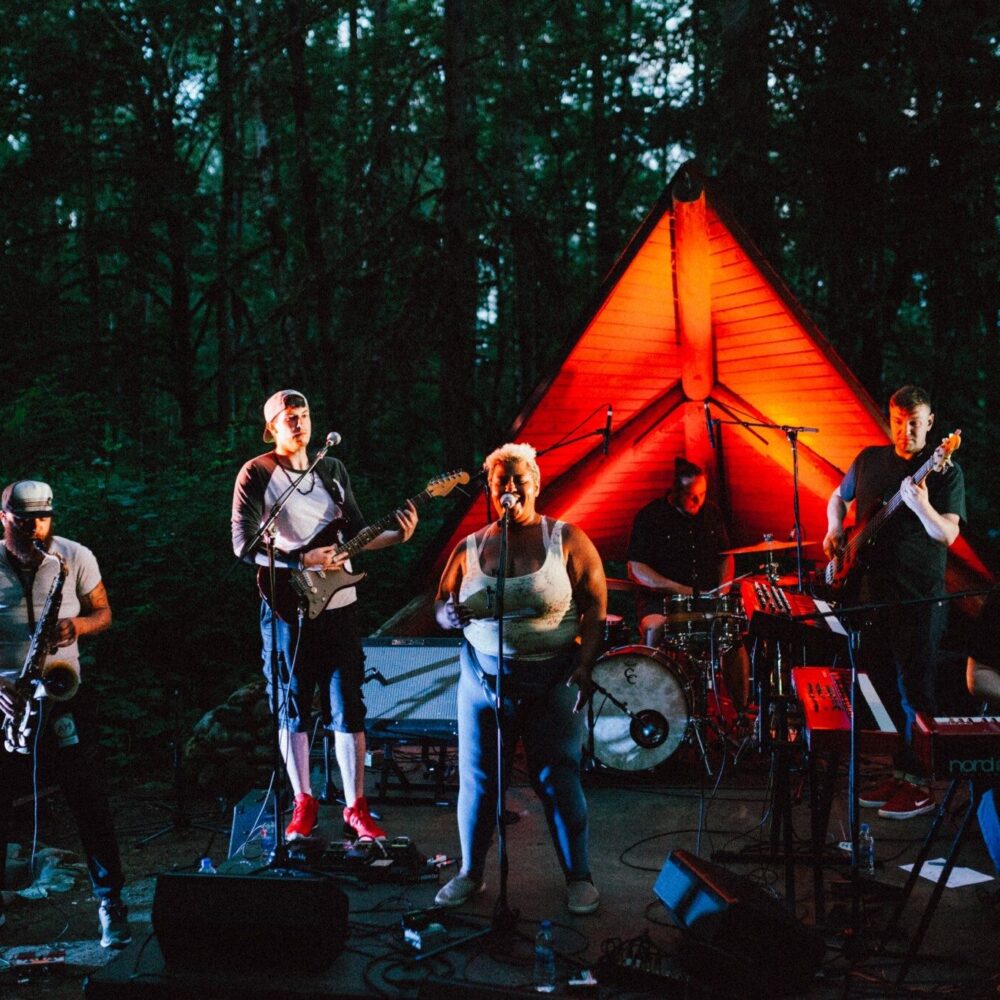 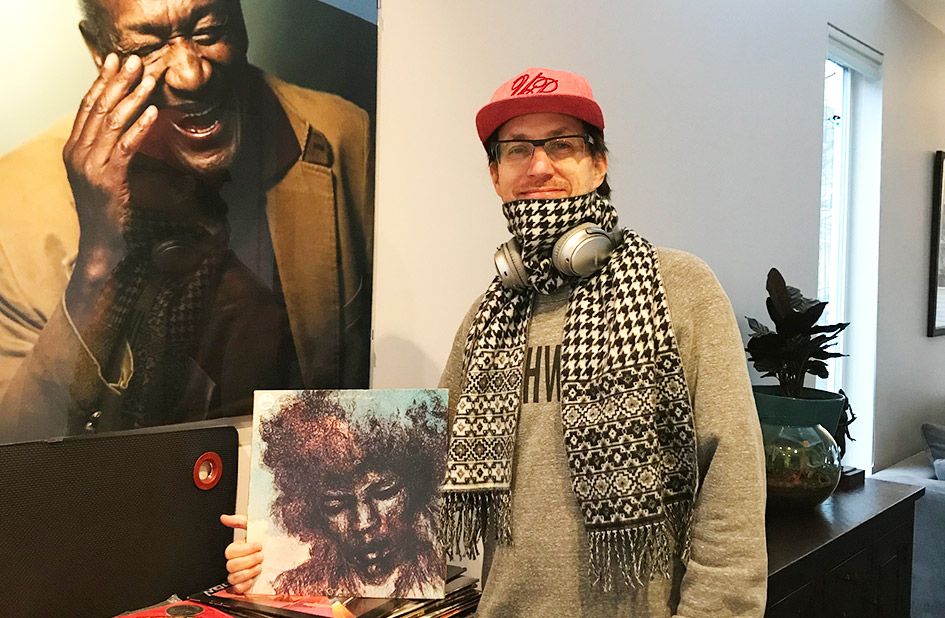 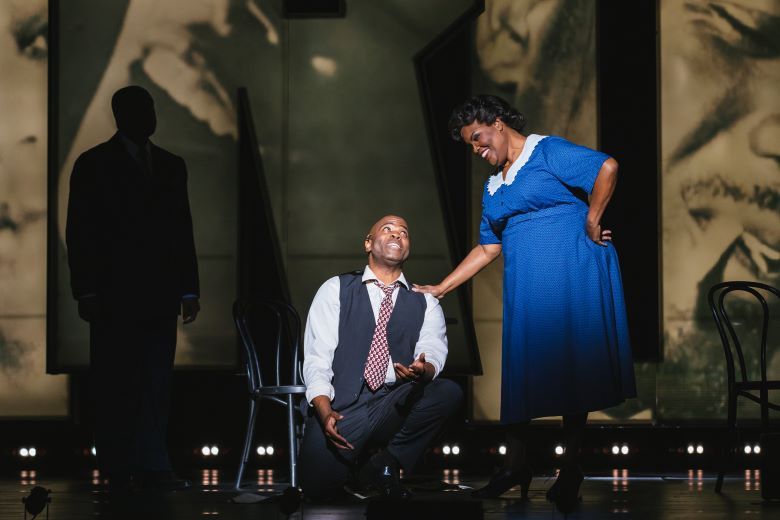