Sub Pop Employees Have Been Pulling Epic Pranks for 30 Years

Founded on April Fools’ Day, Sub Pop has taken the date to heart, pulling notorious pranks over the years. Here are a few classic examples 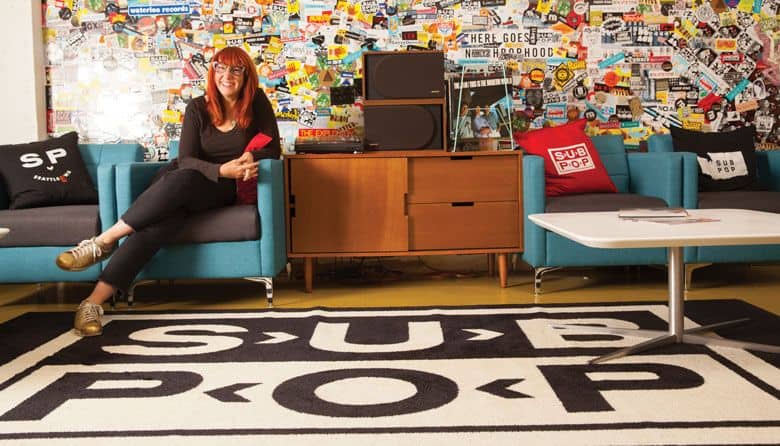 The Grunge Dictionary: In the prank that started it all, Jasper, then working for Sub Pop distributor Caroline Records, took the opportunity to pull the leg of an inquiring New York Times reporter who was seeking grunge’s insider slang. She made up expressions such as “swingin’ on the flippity-flop” (hanging out), “cob nobbler” (loser) and “wack slacks” (old ripped jeans) on the fly, which the reporter faithfully recounted in his story.

The Kurt Cobain Craigslist Stunt: Longtime Sub Pop receptionist Derek Erdman posed as Cobain’s former roommate when he listed a set of skis and an ’80s Swatch phone on the online classified site, claiming Cobain owed him rent and “never came back” to pick up his stuff. The stunt was outed by various music outlets as a prank within a few days.

The Business Card Giveaway: Sub Pop staffers know to hide their business cards before their colleagues go out of town. With a stack of pilfered cards, mischievous employees pose as their coworker and hand the cards out generously, or deposit them randomly for strangers to find. “Our publicist still gets emails from this trip I took to Poland years ago,” says Jasper, laughing.

Free Chihuahua Puppies: A Sub Pop employee took out an ad in a newspaper advertising “Free Chihuahua Puppies” with Jasper’s cell phone number listed as the contact. After her phone blew up and she had the ad taken out the paper, she later visited The Crocodile Cafe, where hundreds of photocopies of the ad lined the walls.

The Fake Nirvana Reply: In 2013, a hopelessly clueless student from Virginia Tech wrote Sub Pop requesting Nirvana (Kurt Cobain’s band, which quickly disbanded after he committed suicide in 1994) make a video wishing the school’s football team good luck at its upcoming homecoming game. In good fun, the label assembled a handful of employees to pose as the band (including Mudhoney’s Mark Arm, who works in the Sub Pop warehouse) to fulfill the student’s wish.