A highly abridged version of the label’s notable cultural contributions 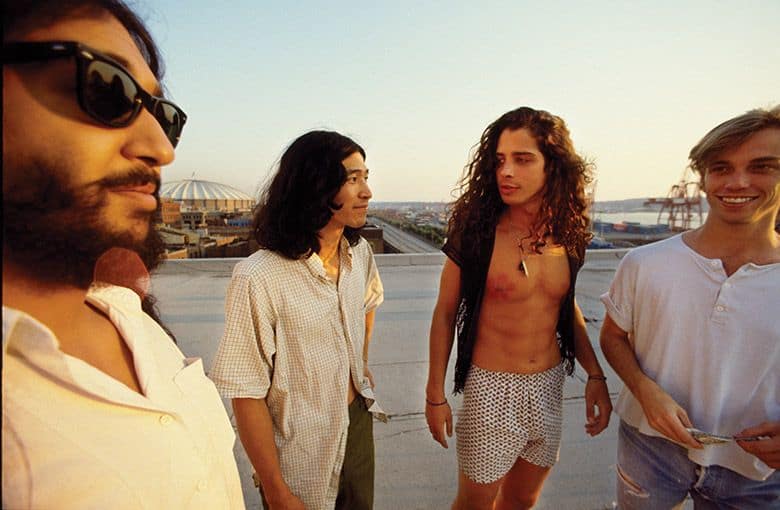 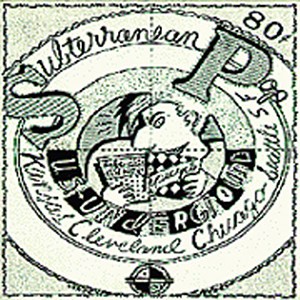 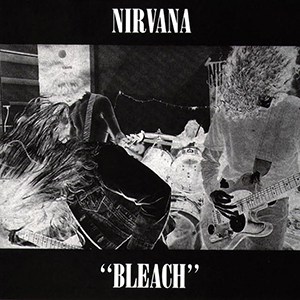 1992: As a prank, Megan Jasper, then working for Sub Pop distributor Caroline Records, fabricates the totally fake “lexicon of grunge” for a reporter from The New York Times

1995: Forty-nine percent of the label is sold to Warner Music Group, an arrangement still in place today

A culture shock follows the Warner deal; Pavitt departs Sub Pop in an unamicable split and does not speak with Poneman for years.

1996 – 2001: Post-grunge, the label struggles to find the next batch of “Sub Pop” bands. “We desperately needed to come together and regroup as a company,” Jasper says. 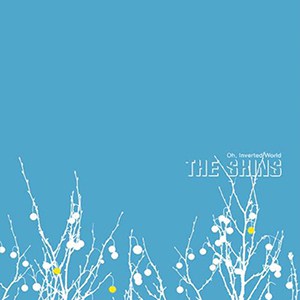 2001: Things start to look up after the label releases The Shins’ debut album, Oh, Inverted World (one of the label’s best-selling releases, selling more than 600,000 copies). 2003: Give Up, the only studio album by Death Cab for Cutie’s Ben Gibbard’s electronic indie group, The Postal Service, is released and goes platinum. It’s the second best-selling record on Sub Pop. 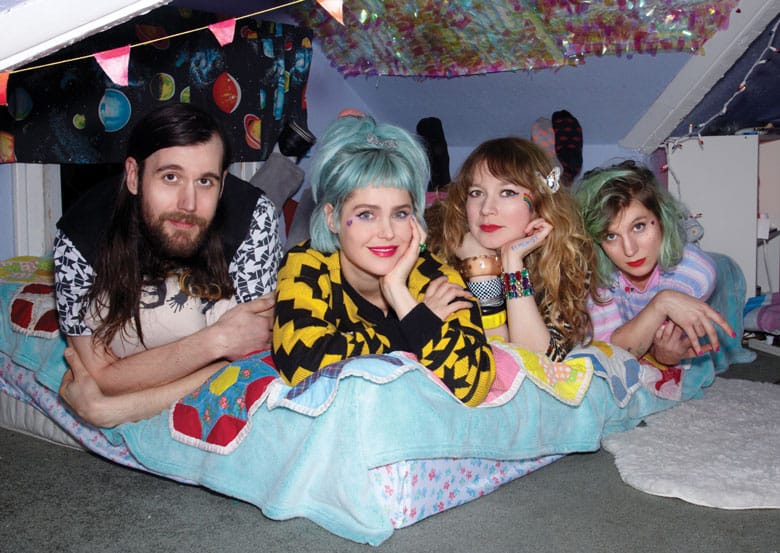 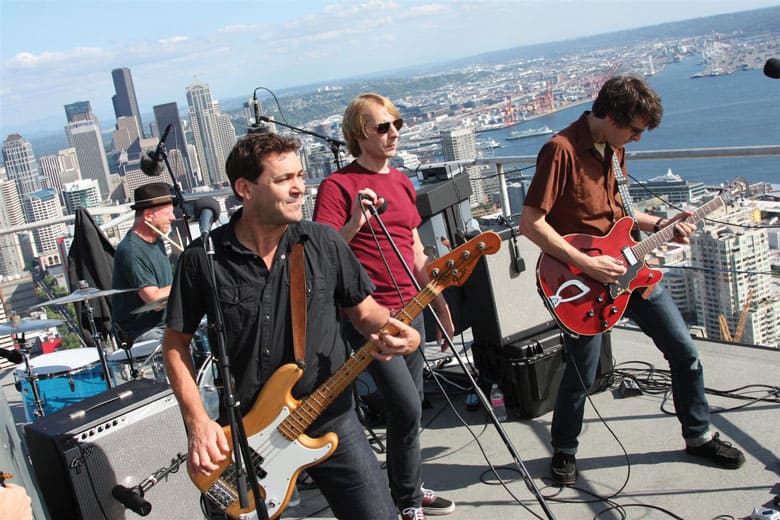 2013: Mudhoney performs on top of the Space Needle to celebrate the label’s 25th anniversary. 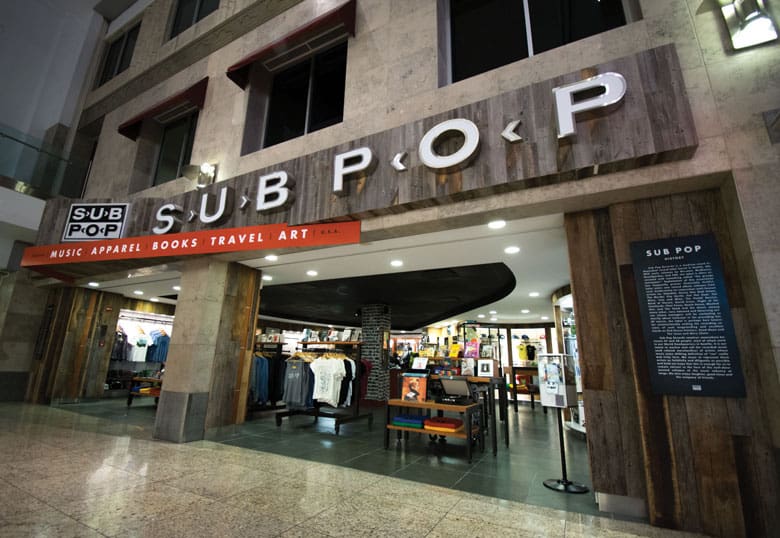 2014: Sub Pop opens the Sub Pop Airport Store at Seattle-Tacoma International Airport, a retail space with label merchandise, music and other Sub Pop–designed wares, broadcasting Seattle as a music-loving city to travelers from near and far. 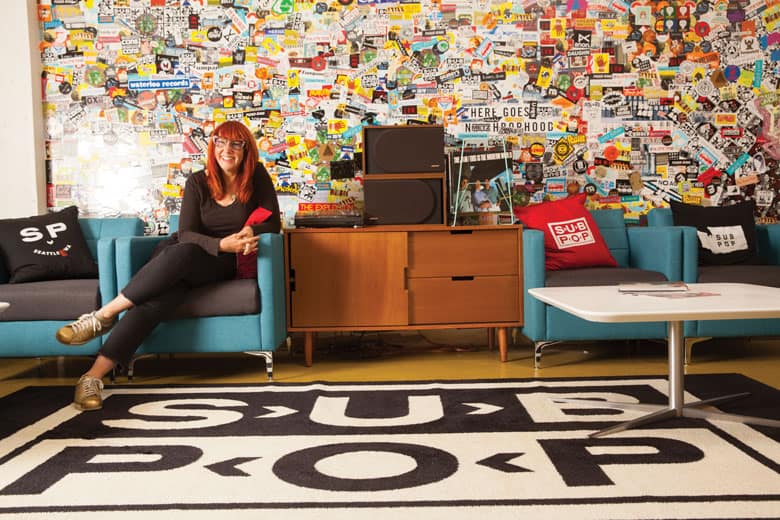 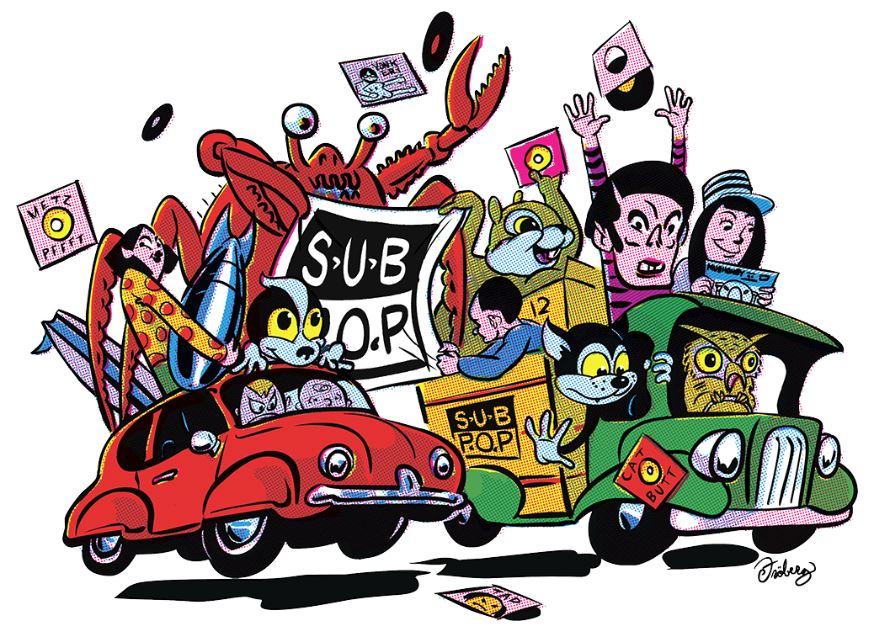