The Must List: Remember Rin Tin Tin, Eat Pasta, and Scream as Loud as You Can 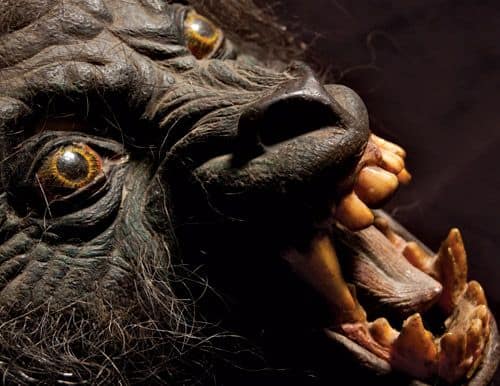 MUST SCREAM
Horror Film Exhibit at EMP
Rest up your vocal cords—EMP’s new exhibit Can’t Look Away: The Lure of Horror Film explores the human fascination with scary movies. Indulge in classic film screenings (such as Nosferatu, Bride of Frankenstein and The Exorcist), iconic artifacts (the axe from The Shining and Freddy Krueger’s original glove) and the Scream Booth, which is fairly self-explanatory.

MUST WATCH
Sleepy Hollow
Seattle Radio Theatre presents its adaptation of Washington Irving’s spooky classic, “The Legend of Sleepy Hollow,” as part of a national live radio drama project called The Ride Across America. Starting in New England, radio performance groups will perform their own versions of the story as night falls across the country, ending on the West Coast. Seattle’s version at Town Hall is a “futuristic” interpretation. Perhaps a headless robot will appear?

MUST TASTE
Cuoco’s Handmade Plin
Tom Douglas hasn’t built his name and fortune on the backs of subtle flavors and quiet pleasures. And so at Cuoco (chosen as one of our Best New Restaurants of 2011) we get a little of the Tom we know and love—the big-boned, full-flavored steak—and a little surprise: understated pastas that let the fine craft of their making do the heavy lifting, no bells or whistles in sight. It feels a bit like hearing a story you’d never heard before from a close friend, a parent or a lover. And it’s a happy surprise to know there’s more to learn about a guy you already pretty well like.

MUST LOVE DOGS
Susan Orlean presents Rin Tin Tin
The author of The Orchid Thief and frequent contributor to The New Yorker, released a new book this month called Rin Tin Tin: The Life and the Legend. The story follows the life of a real German Shepherd puppy that was born in the middle of a battle during World War I – and went on to become a movie star. It also explores the lives of the people behind the scenes who are responsible for this lucky pooch evolving into an American icon. Susan Orlean comes to SIFF Cinema at the Uptown to lead a conversation about the book, which includes viewings of archival videos and a screening of Rin Tin Tin’s greatest silent film Clash of the Wolves.

Watch this trailer to learn more about Orlean’s book: