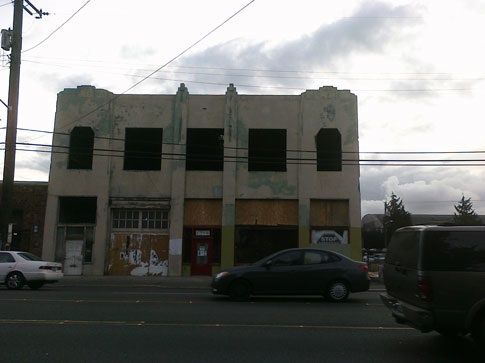 Ian MacNeil, local entrepreneur and glass art champion recently moved to Dallas. But that has not cancelled his plans to open a new business in SoDo, just a block or so away from Safeco field. Using a handmade copper still from Germany, he plans to produce artisan scotch, gin and vodkas at this craft distillery he’s calling Lachselian Wine & Spirits.

You can make vodka from almost anything – potatoes, grains, fruit. In Europe, he says grape-sourced Vodka is en vogue, and MacNeil wants to bring that to Seattle, where artisan, small-batch spirits and beers are growing in demand. And where he can use Washington grapes to distinguish his product as a source of local pride. He’s even naming his signature spirit Glass Vodka, after one the Northwest’s leading artist industries.

The distillery will produce several different varieties of spirits, including limited editions sold in special original glass art bottles and even private labels—look forward to a custom brand of vodka debuting at the ballfield.

MacNeil is taking on the ghostly Vegas-blocks of SoDo, opening his distillery on 1st Avenue, immediately next door to Showbox SoDo, in a refurbished 3800 square foot space that will boast original enormous Douglas Fir beams repurposed in the decor, as well as a new concrete floor, glittering with a confetti of Dale Chihuly glass. Currently, the building looks like it’s barely standing. The windows were recently removed to be replaced. And the only signs of a previous life are posters from a marijuana legalization group left in the window. On a passing glance, you’d think it was slated for demolition. But in fact, it’s just getting a serious, surgical face-lift.

David Effron of Nelson Enterprises is the owner. Apparently his grandparents started their machine shop in the building, which they built themselves in the 1920s.

“My architects just laugh,” says MacNeil. “It’s steel overkill. There’s so much steel in the building – it would be a pain in the butt to tear it down!”

MacNeil says he had hoped to begin construction much earlier, but the process to obtain building permits took longer than usual. Apparently, as far as the Fire Department is concerned, when you sign up to make liquor, you might as well be asking for permission to manufacture gasoline.

MacNeil jokes as he balks at this idea: “It’s like a big pizza oven in there. If there’s a fire – I’m bringing everyone over with pizza dough. Because nothing is there to burn!”

We wish he would. Most of us here at Seattle mag headquarters crave new lunch spots in this neighborhood. And while we’re excited about the new activity in an otherwise dilapidated eyesore, we can’t really frequent a vodka distillery over lunch.

Look out for Lachselian Wine & Spirits to open in late November or early December.

Fun fact: Lachselian is what kids in my school days called a “homemade name.” In other words, it’s made up from letters in Ian, his wife and his two dogs’ names. Points for taking the road less taken, in many different directions.