In time for the band's 20th anniversary, Cameron Crowe zooms in on Pearl Jam’s longevity. 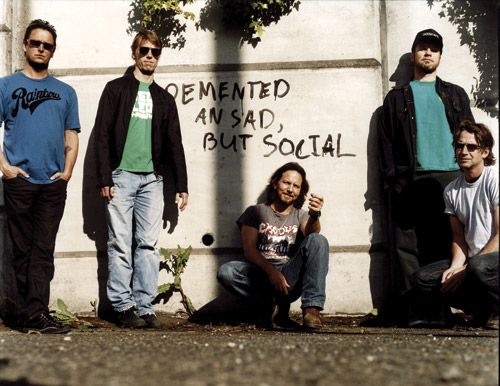 Those of us who remember when the whole city throbbed in the thrill of grunge rock are having a somewhat unpleasant brush with mortality of late. Not only did September mark 20 years since the release of Nirvana’s epic album Nevermind, this year is the 20th birthday of a little band named Pearl Jam, whose debut record, Ten, came out in August 1991. Twenty years ago? But that would mean we’re…Nevermind, indeed.

The silver lining here is that Northwest filmmaker Cameron Crowe—who captured Seattle’s grunge era fictionally in 1992’s Singles (wherein Pearl Jam played the part of Matt Dillon’s band)—has released a documentary retrospective of the group. If you missed September’s one-night-only Cinerama screening of Pearl Jam Twenty (what, you were too tired to go out?), never fear, you can catch it on KCTS (kcts.org) as part of PBS’ American Masters series, followed by Something in the Water, a locally produced documentary about Seattle’s current music scene. 10/21; 9 p.m. pj20.com.

From our December print feature, "2016: The Year in Review"

Where to say farewell to the music genius

The master crowd wrangler explains why his flash mobs have staying power.