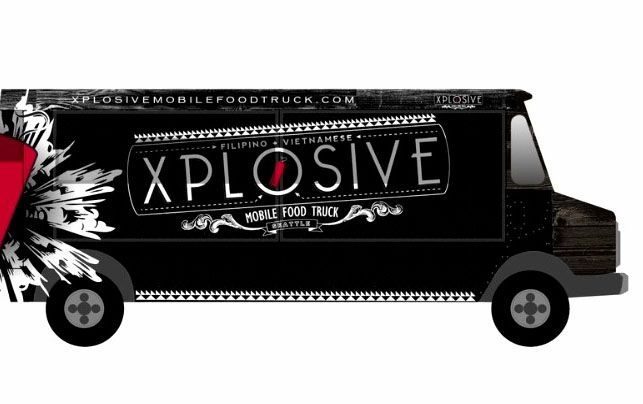 What do you get when Vietnamese food and Filipino food get married and make babies? Banh mi with chicken Adobo filling, of course!

Want a different delivery method? Said fillings can be had in taco form or piled into a vermicelli bowl. Or how about just a cuter, more compact vehicle? They’ll be doing slider versions as well.

“It’s a longtime dream,” said Romano, who currently works for the Seattle Public Library. “We’ve always wanted to open a restaurant, but because of the economy it hasn’t been a very good time.” The couple scored a used food truck in Phoenix last year and decided to go the mobile route instead.

Cathy, who is Vietnamese, grew up in the restaurant business, helping her parents run International District institution A Little Bit of Saigon. After 25 years they sold the restaurant in 2003, when it became The Tamarind Tree.

Romano moved to the U.S. from the Philippines at 6 years old, and worked alongside his mother on the weekends helping her with her catering business. “I learned all the recipes from her,” he said. “It’s all authentic flavor.”

The Basilios are planning for their Xplosions to happen Monday-Friday presence around the Seattle area, including South Lake Union and the Eastside, and farmers markets and other special events on the weekends.