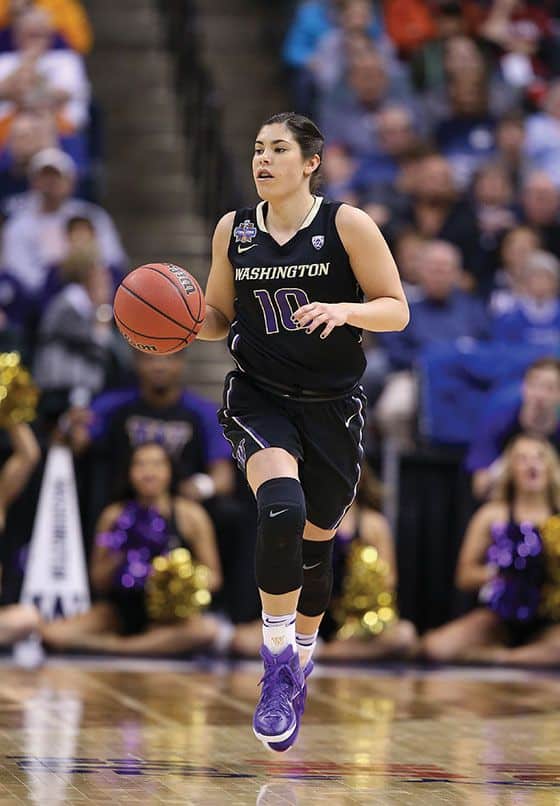 Check out the rest of our 2017 Year in Review package.

In a nail-biter of a game six in May, the spunky Seattle Thunderbirds bested the Regina Pats—forcing overtime after being down two goals late—to win their first Western Hockey League championship.

Yay! Beast Mode is back! Boo! There’s a different jersey on his back. After allegedly retiring in 2016, former Seahawk fave running back Marshawn Lynch joined the Oakland Raiders. We can’t be too mad; it is his hometown team, and it’s in the AFC.

Seattle Seahawks declined to sign Colin Kaepernick after inviting him to their backup quarterback tryouts—earning them charges of being in league with a suspected NFL-wide blackballing of the former 49er, because of his taking a knee during the national anthem to protest U.S. racial injustice.

Following in Kaepernick’s cleats, starting in the preseason, Seahawk defensive end Michael Bennett opted to take a seat during the national anthem, and he gave his reasons: “I just want to see people have equality [and]…I hope to activate everybody to get off their hands and feet…and try to change the society.”  Bennett called his takedown in August by Las Vegas police (a video that immediately went viral), during a perceived active-shooter incident inside a casino, a glaring case of racial profiling and police brutality. As of press time, Bennett was considering a civil-rights lawsuit.

On a Friday in September during an Alabama political rally, and later on Twitter, the Harasser-in-Chief lashed out at the growing wave of NFL players kneeling during the national anthem. The result? An almost unheard-of uniting of the NFL commissioner, owners and players in a show of support ranging from a brotherly linking of arms to what might be an NFL first: going MIA during the anthem altogether, the choice made by the Seattle Seahawks.

The Seahawks’ “alternate” logo (aka a merchandising money grab), featuring a beak-forward Hawk, got a mixed reception. Twitter said it looks like: A bicycle seat. Mr. Burns from The Simpsons. A fan’s reaction if his or her team didn’t run the ball from the 1-yard line in the Super Bowl.

The Seattle Storm was knocked out in game one of the playoffs, but Sue Bird still made history, becoming the WNBA’s all-time assists leader. (Obliquely sports-related: Bird revealed she was dating Seattle Reign and U.S. women’s national soccer team star Megan Rapinoe; take that, Russell and Ciara!)

The UW men’s rowing team was edged out by Yale to lose the national championship, and two team members were investigated for sexual assault. After a clean sweep in the Pac-12 championships, and in the wake of the controversial firing of longtime coach Bob Ernst, UW women’s rowing made NCAA history by sweeping all three grand finals, and winning its fourth national title under first-year coach Yasmin Farooq.

Um, foul? A Seattle Times investigation reported that some Seattle schools were exploiting homeless, primarily black athletes and undermining their educations in pursuit of championships by taking advantage of a federal law that allows declared homeless athletes to bypass residency and GPA requirements.

The Mariners’ typically maddening hokey-pokey (chokey) playoff dance continued, but they did break out one cool new move—hiring Amanda Hopkins as the first full-time female baseball scout in the majors in 50 years. Here’s to next year!

NEXT ON ALL OUR ARENAS…

Just when you thought it couldn’t get any kookier or more never-ending, Seattle’s “Arena” saga took an even more operatic—scratch that—soap-operatic turn. This spring saw new characters plotting against millionaire heartthrob (for “soap opera” purposes) Chris Hansen, who began pitching his SoDo NBA/NHL arena woo in 2011. The council had made its meh feelings about Hansen clear (note the city’s indefinite hold of his “street vacation” application), and now two new arena suitors—we’ll call them AEG and OVG—were scheming for a “KeyArena” option. But, snap! In June, AEG sashayed right out of town, j’accusing city officials of an unfair, flawed process (known locally as “the Seattle process”).

Hansen, as well as conducting a charming-guy media tour with guaranteed clickbait, new arena partner Seahawk QB Russell Wilson, dropped a major plot twist on September 7, offering to arrange for private redevelopment financing of a KeyArena as a “multi-use” (except for NBA/NHL action) venue. The city’s response: “Sorry! You missed that deadline!”

Then the cliff hanger: On September 12, as sex-abuse-accused Mayor Ed Murray was at the Key, minutes from a live press conference (presumably to announce a memo of understanding with OVG), he simply vanished from the scene as word arrived of a fifth abuse accuser. Mic drop. That MOU eventually got signed, but not until new Mayor Jenny Durken took office. (Meanwhile, our award for best arena play-by-play goes to: KCPQ-TV sportscaster Aaron Levine for his fiery on-air commentaries and snarky Twitter feed.)

All’s Fair in Love and ’Ball

Bellevue High School has not taken kindly to the shutting down of its “Friday Night Lights.” Last year, the Washington Interscholastic Activities Association (WIAA) hit the elite Eastside school with a number of sanctions, including a four-year postseason game ban, for alleged recruiting violations. (Following much wailing from coaches, parents and players, the ban time was halved by another oversight body, the SeaKing District.) Then, in August, with a parent-filed lawsuit against the WIAA pending (later dismissed), the state GOP, no less, weighed in with its own power play, sponsoring a bill to defang the WIAA. And whaddya know? In September, following another petition plea by the school, the WIAA called time, ending the school’s postseason play ban altogether.

San Diego native Kelsey Plum graduated from the University of Washington (UW) last spring with a degree in anthropology—and just about every major award that a women’s college basketball player can cram onto an Ikea bookshelf. Oh yeah, and she was the number-one pick in the WNBA draft. Having amassed 3,527 points, Plum finished her four years at the UW as the all-time scoring leader in NCAA women’s college basketball.

With a cheery disposition, a left-hander’s knack for doing the unexpected and a work ethic second to none, she attracted a fan base of Plum-crazy rooters who returned Husky women’s basketball games to the level of must-see campus events. Plum’s first season as a pro, with the San Antonio Stars, began with a serious ankle sprain and limited playing time. But by the last 14 games of her rookie season, Plum was averaging 12 points and just under five assists per game—placing an emphatic exclamation point on a year to remember. -John Levesque