2018 Year in Review: The Best of Seattle 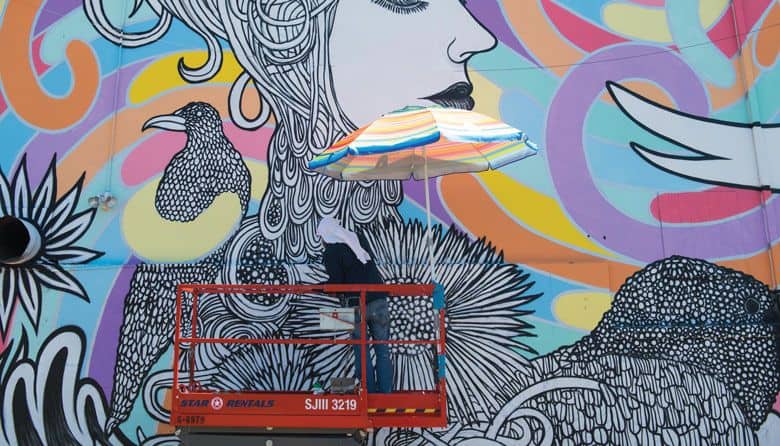 Transforming 2 miles of an urban transit corridor into the nation’s longest continuous mural project—made possible by the cooperation of private business owners—was no easy feat, but 4Culture’s SoDo Track project manager Tamar Benzikry knew it could be done.

A seasoned public arts administrator, Benzikry assembled a crack team of creative partners, including curator Gage Hamilton, wooed local businesses and for the past three summers, wrangled more than 60 artists from around the world—many from our own backyard—to add their contributions to the sprawling thoroughfare. The project’s theme, “movement and progress,” is a nod to the experience of commuters who travel this stretch of Fifth Avenue S (between Royal Brougham Way and Spokane Street)—and to the city that’s growing and changing, yet still committed to the rich artistic heritage that makes it such a special place. 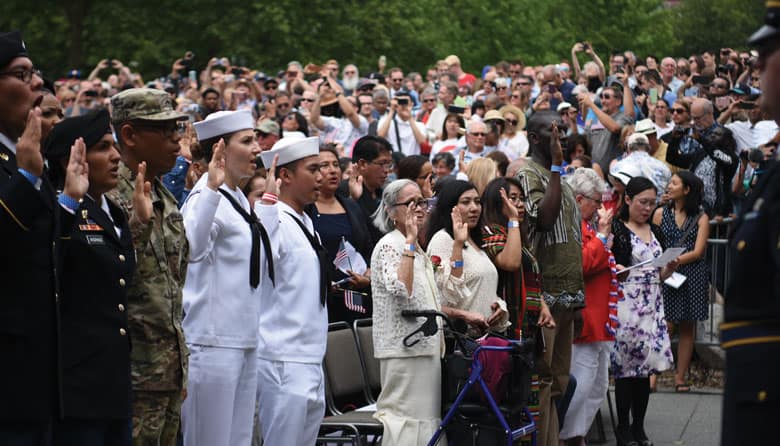 ONE NATION, INDIVISIBLE: On July 4, more than 500 individuals from around the world became citizens of the United States in a ceremony at Seattle Center. Photo via Office of Jay Inslee Flickr

The annual July 4 Naturalization Ceremony at Seattle Center, in which immigrants who passed their citizenship requirements seal the deal and recite the Pledge of Allegiance in a group ceremony, is always a moving event. But it seemed particularly poignant in 2018, a year when immigrants and refugees in the U.S. have faced a high level of uncertainty. This year, more than 500 people hailing from all over the world came together, becoming citizens of the U.S. on Independence Day, which continues to be something to celebrate in this city. 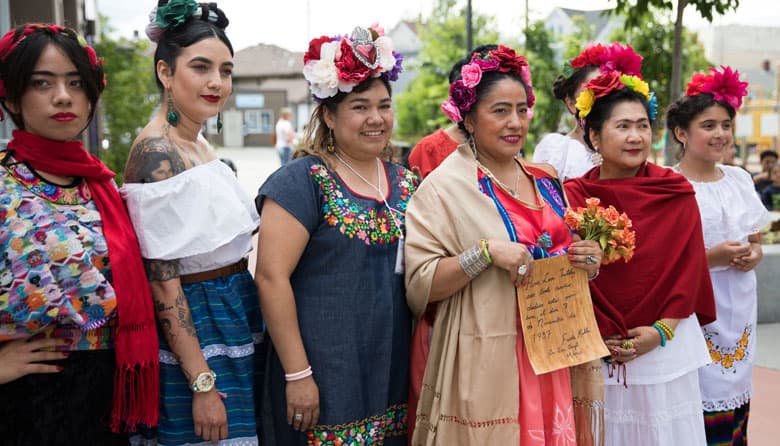 In July, more than 1,000 people assembled on Beacon Hill to celebrate the cultural and artistic legacy of one of Mexico’s most famous artists, Frida Kahlo. The occasion, Frida Fest, was in commemoration of the artist’s 111th birthday, but the event—a family-friendly art fair and party produced by artist group Colectiva Noroeste—functioned more like a collective act of solidarity at a time when Latinx communities in the United States and south of the border are enduring oppressive policies and profiling under the current U.S. administration. Honoring the artist’s revolutionary spirit and cultural contributions, said Colectiva Noroeste member Evonne Gonzalez Martinez, gave “folks a safe place to get away from the negativity and weight of being brown people in a, too often, hostile environment.” 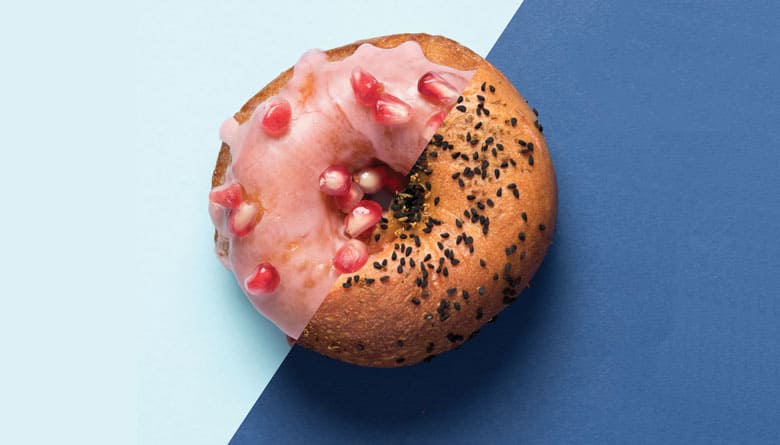 RING TOSS: The glazed pomegranate doughnut from Raised matches hues with the beet and nigella seed bagel from LoxSmith. Photo by Alex Crook 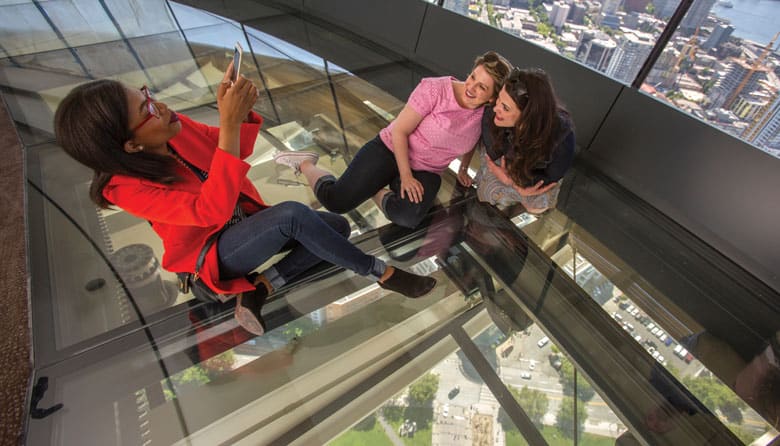 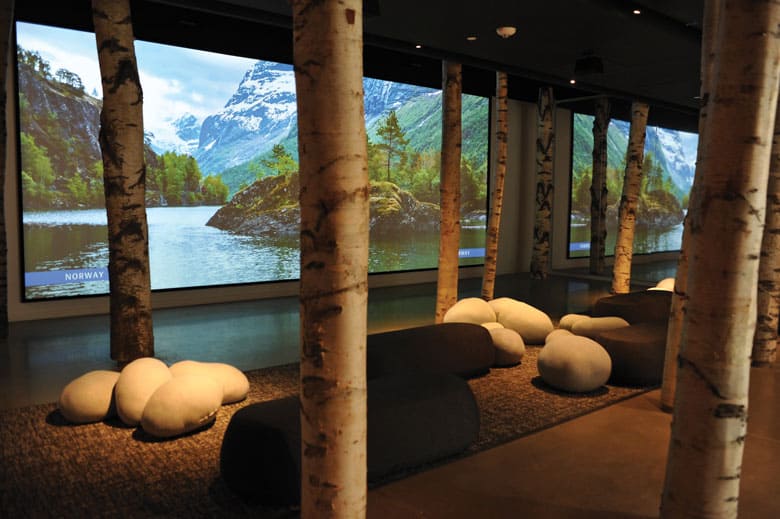 It was a big year for outstanding design, from the Space Needle renovation, with its lofty—and slightly vertiginous—glass floor, designed by Olson Kundig, to the down-to-earth Sense of Place Gallery in the new Mithun-designed Nordic Museum, where felt boulders and birch trees invite you to stay awhile and contemplate the Scandinavian nature scenes on the wall. And while the NBBJ-designed Amazon Spheres easily rate as cityscape change agent of the year, it’s the interior details that have us swooning, particularly the nest-like perch delicately suspended next to Rubi, the Spheres’ tallest tree: a perfectly soaring meeting space for an airy chat about the next big idea. 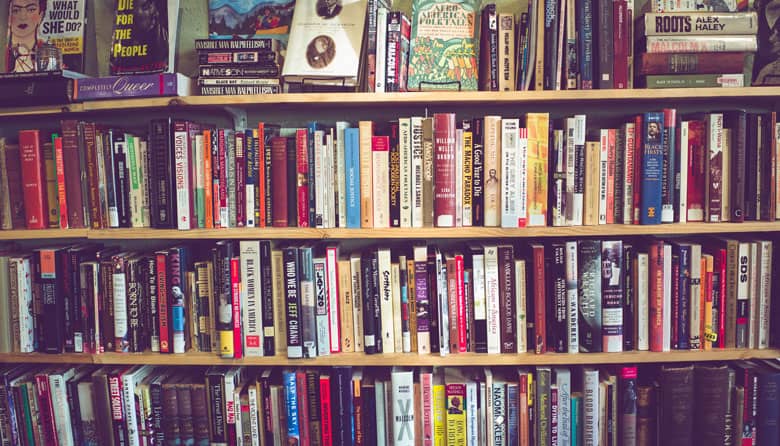 INSPIRING TITLES: A selection of some of the books for loan at Estelita’s Library. Photo by Edwin Lindo

Edwin Lindo loves “building community through knowledge,” which is why the University of Washington alumnus turned faculty member has compiled a social justice bookstore and library inside of Beacon Hill’s Wine Station. Lindo remembers absorbing conversations about politics, economics, race and ethics as an adolescent hanging around his neighborhood restaurant, Radio Habana Social Club in San Francisco. The experience is the inspiration for Estelita’s Library (Beacon Hill, 2533 16th Ave. S; 415.342.9009), named for his daughter, Estella; it’s a space where he envisions her learning and growing from the conversations taking place there. Check out spines bearing the names of Baldwin, Malcolm X, Steinbeck and others, along with an impressive and growing collection of Black Panther newspapers. 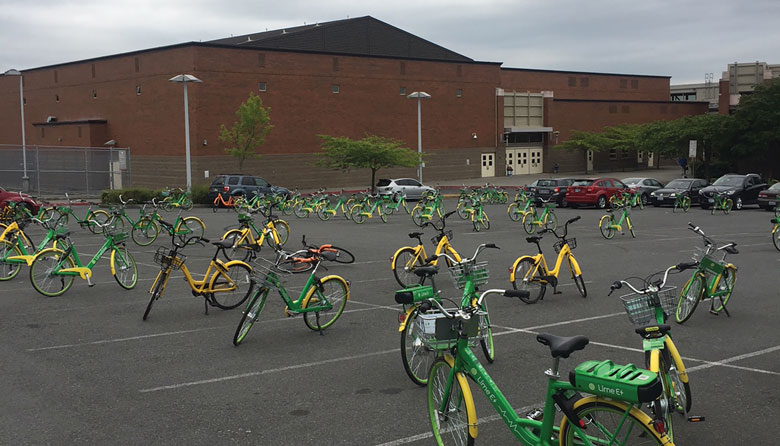 ALL THE WORLD’S A BIKE RACK: The results of Ballard High School’s senior class prank. Photo by Rachel Hart

We find bike-share cycles in bushes, backyards, underwater (!)—and in the parking lot of Ballard High School. Last June, just 10 days before graduation, teachers and other school staff found legions of Lime and Ofo bikes symmetrically parked, stall by stall, throughout the staff parking lot. The senior prank—a school tradition—was respectfully organized and brilliantly executed. And except for the bikes, the parking lot was spotless; students had cleaned it and the surrounding streets of litter. Suffice to say, the Class of 2018 showed a lot of class. 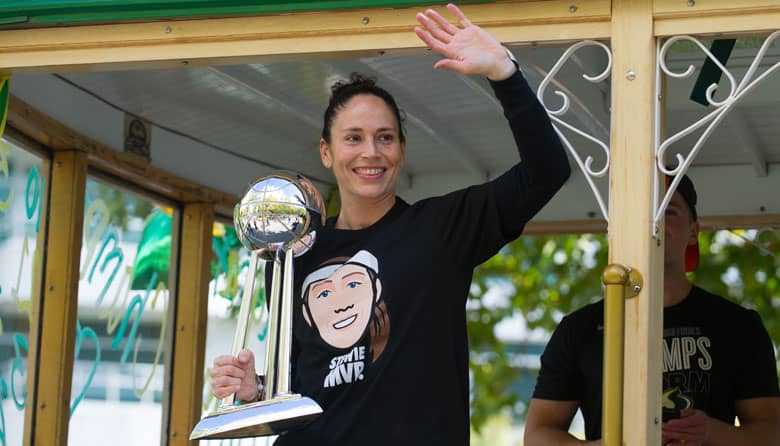 The day after the Seattle Storm won the team’s third WNBA title, an exultant Breanna Stewart tweeted, “Wow!!!! We are the champs!!!!! Seattle, we are bringing the trophy home!!!!!!!!!!” Coincidentally, the 19 exclamation points in Stewart’s tweet equaled the number of losses Seattle suffered a season ago. At the start of this season, the All-Star forward declared: “I’m tired of being 15 and 19. Losing puts me in a bad mood.” So, the 6-foot-4 “Stewie” embarked on a mood-altering, morale-boosting, community-lifting mission that led the Storm to a 26-8 record—the team’s best since 2010, the last time it was the toast of women’s professional basketball—plus a 6-2 playoff record. That mission begat two Most Valuable Player awards for Stewart—one for a remarkable season and another for leading the Storm to a three-game sweep of the Washington Mystics in the WNBA finals. 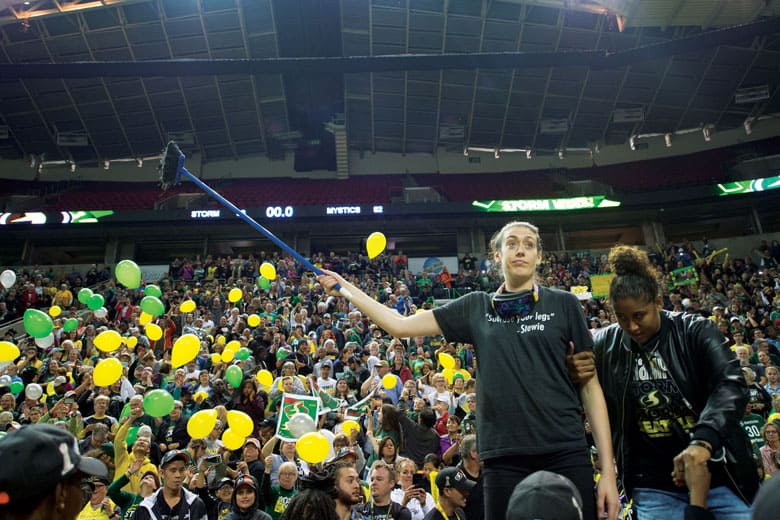