Bellevue’s University Bookstore to Close, but the East Side Keeps Its Edge

Bellevue is in many ways more “urban” than Seattle now—certainly, it’s racially more diverse, which is complete flip from the white-bread suburbs of the ‘60s and ‘70s 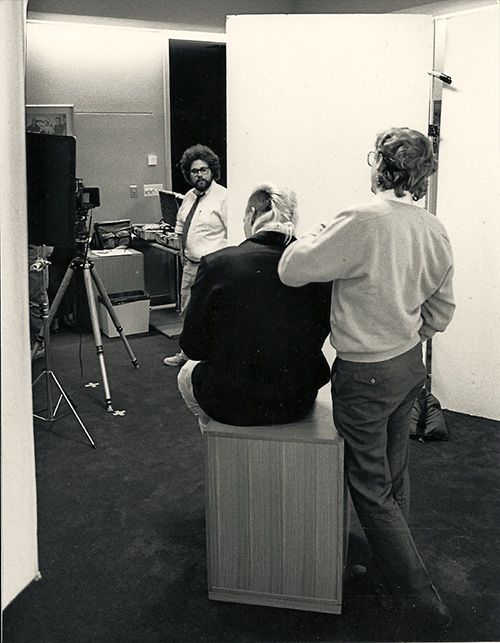 The news that the University Bookstore is closing its downtown Bellevue location next month is hardly big news. Bookstores have had to close, move and adjust to changes in the book biz. Elliott Bay relocated from Pioneer Square and now thrives on Capitol Hill. Amazon—blamed for driving many small independents out of business—has opened a dead-tree bookshop in University Village and another in Portland. Change happens.

Still, the news spurred memories of the not-so-distant past when the U-Bookstore’s move to Bellevue in the early ‘80s was part of a wave of urbanization—you could call it the “Seattleization”—of the Eastside suburbs. Back in the ‘70s and ‘80s, Bellevue became of the focus of what became known as “Edge City” city building. Skyscrapers popped up, much to the surprise of Seattleites who looked east and saw high rises. Between them and the Cascades.

There were other signals. Microsoft moved to Bellevue in 1979, before settling in Redmond, and became the vanguard of the Silicon Forest. In 1976, Starbucks opened its first outlet in Bellevue, and today the oldest Starbucks in Bellevue sits in a strip mall across from Bellevue Square on NE 8th and just around the corner from the U-Bookstore. Crossroads shopping center revamped as a kind of suburban mall-meets-Pike Place Market with a newsstand, bookstore, public chessboard, and a catalyst for social services. The demand for “third places” in the suburbs—often criticized as a desert of “no place” cul de sacs—was growing.

That growth was nurtured by other developments. In 1976, Bellevue got its own daily newspaper, the Journal-American, so Starbucks goers had first-rate local news and columns to read over their lattes each morning. In the late ‘80s, the statewide magazine I worked for, Washington, which had launched in Bellevue in the mid-80s, did a cover story on the fact that two major national celebrities were based on the Eastside: Bill Gates and Brian “The Boz” Bosworth. One seemed to reflect a new braininess in the ‘burbs, the other a kind of brazen, bleached Seahawks celebrity whose attitude suggested an in-your-face approach far different from quiet good guys suburban dads like Steve Largent. It seemed like the Eastside was an Edge City gaining some edginess.

In 1990, Seattle Weekly launched a sister paper on the Eastside. I was the editor and publisher and we arrived because we saw the changes of the ‘70s and ‘80s—the spread of cafes, the yearning for arts, the demand for urban amenities and services—increasing. An essential part of that was reflected in moves by chains like University Bookstore were a sign that a new kind “psychographics” was emerging, a population that wanted something more than split-level, bedroom community isolation. A population of readers, for one thing, that didn’t want to have to cross a bridge for culture, or good coffee.

The trend has been a steady, prosperous for Bellevue and the Eastside. Bellevue is in many ways more “urban” than Seattle now—certainly, it’s racially more diverse, which is complete flip from the white-bread suburbs of the ‘60s and ‘70s. It is now a majority minority city—the largest in the state!

Bellevue used to be Ronald Reagan country, but has been shifting “blue” politically since the early ‘90s. Light rail is coming, the cranes are still building, and the Edge City is now a big city in its own right. The seeds for that vision were planted long before the University Bookstore came to downtown Bellevue to serve hungry minds.

But the U-Bookstore’s move to Bellevue in the ‘80s was like an indicator species signaling to Seattleites and Eastsiders that the Puget Sound ecosystem was shifting. And boy, have they.