Reflections on Black History Month, the advancement of civil rights and the lingering specter of racism; yes, even in progressive Seattle 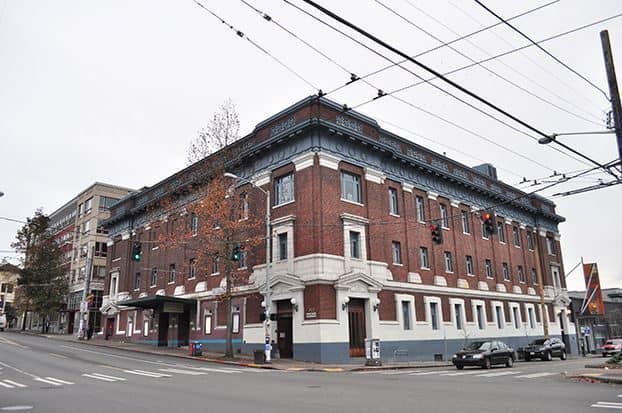 Last weekend I saw I Am Not Your Negro, a very relevant film about race, history and politics in America. The documentary tells the story of writer James Baldwin’s unfinished book about three 1960s martyrs, Dr. Martin Luther King, Jr., Malcolm X and Medgar Evers. Using Baldwin’s notes and film footage from the era, it traces the tragedy of America’s struggles with race, with Baldwin as both an eyewitness to history but also a very contemporary-sounding commentator on the centrality of racial struggle in American history.

Baldwin makes a point that first hit me when I visited the National Civil Rights Museum in Memphis, which is on the site of the preserved Lorraine Motel where King was assassinated in 1968. The museum tells the story of African Americans and civil rights and features artifacts such as the bus Rosa Parks chose not to sit in the back of. You can sit in it, next to a cast figure of Parks. The museum tour ends with visitors looking through glass into the motel room where King stayed, and where he stepped onto the balcony to be cut down by a gunshot from James Earl Ray. It’s a gut-punch. I left the museum and walked back to my hotel openly weeping.

The film articulates the thought I had then, that Baldwin understood decades earlier. Black history is the story of America, not some subset of it. I wept for King, but also for all the history I did not know and, quite literally, had not integrated into my understanding of our national story. This month is Black History Month, but the process of weaving all of that into a broader national narrative is unfinished.

I Am Not Your Negro was showing at the SIFF Cinema Egyptian Theatre on Capitol Hill. In an earlier time, that beautiful old place was Seattle’s main Masonic Temple. And as I sat there, I remembered another piece of history I learned in the last year or so. The theater hosted a number of German-American community events celebrating Adolph Hitler back in the 1930s.

In 1934, it was the scene of protest and some violence. The crew of a German warship was feted at the Temple, pro-Hitler speeches were made. Protesters infiltrated the event and dumped anti-Nazi leaflets onto the audience from the balcony. Outside, a minor riot ensued—pushing, shoving, fists. The police arrested three “Communists.” Other events featuring swastika flags and pro-German speeches were held there in 1936 and 1937, with the then Seattle mayor, John Dore, participating. Rumor was he even gave the Hitler salute as a “courtesy.” Yes, these things happened on Capitol Hill.

The Nazis—white supremacists who are still emulated today by an increasingly vocal minority—saw race as central to their worldview. Seattle protesters pushed back, but most Seattleites shrugged their shoulders until after Pearl Harbor. As I sat in the Egyptian, it felt like the James Baldwin film was reclaiming space from old ghosts. Even if no one else in the audience remembered that seig heils once echoed there, it seemed to me like progress that this film should play there. I couldn’t help wishing more people knew the story of that space.