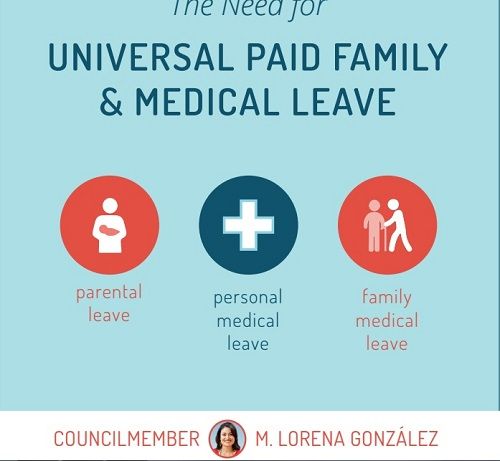 The numbers are stark. According to a survey conducted for the City of Seattle by Maggie Simich of Patinkin Research, a Portland-based consulting firm, 41 percent of Seattle residents lack access to paid parental leave. Half of all companies offer no paid parental leave at all. Workers in the lowest-paying industries, such as restaurant workers, hotel employees, and education were the least likely to receive paid leave. And the smaller a company is, the less likely it is to offer paid family leave.

City council member Lorena Gonzalez hopes to improve those statistics. Last month, she released a “proposed policy model”—a framework for future legislation—for paid family leave in Seattle that would require private employers to provide up to 26 weeks of paid family leave for new parents and employees who need time off to take care of family members, and up to 12 weeks of paid medical leave for employees with a serious illness. The benefits would kick in after an employee has worked 340 hours (about two and a half months for full-time employees and longer for part-time) for a business, and would pay 100 percent of a workers’ wages up to $1,000 a week.

Earlier this year, the city council adopted legislation guaranteeing 12 weeks of paid parental leave to City of Seattle employees, but expanding family leave to private employees is already proving more controversial. The opposition comes not from Seattle businesses, which met with Gonzalez for months before she rolled out her policy model and are generally on board with Gonzalez’ proposed framework—but from Republicans in Olympia, who have proposed their own family leave law that would provide fewer benefits and preempt Seattle from adopting its own more generous leave policy.

The Republican-backed family leave bill, sponsored by 47th District Sen. Joe Fain, of Auburn, would have provide up to eight weeks of family leave, increasing up to a maximum of 12 weeks by 2023. Under the Fain proposal, employees who opt to take time off to care for newborns or sick family members would be paid just half of their regular wages (rising to a maximum of 67 percent in 2023), and the program would be funded entirely by employees’ own contributions, making it more of a self-insurance policy than an employer-provided benefit. It also requires employees to work for 26 consecutive weeks for a single employer before they receive benefits.

That bill didn’t make it through committee during the regular 2017 legislative session, but could be revived during the special session that is currently underway.

Gonzalez is careful to say that she has no interest in proposing local legislation until legislators have finished their own negotiations over a statewide bill. “I am working really closely with communities and with labor advocates and with state representatives to try to deliver a paid family leave program for all working families in Washington State, including those in Seattle,” Gonzalez says.

“I prefer strongly that this policy would be a statewide policy and want to provide my colleagues and advocates at the state level an opportunity to see if they can deliver that type of a program to all working families. “I won’t be entertaining a timeline of any sort until I’ve had an opportunity to hear from labor advocates and our state delegation as to where the negotiations [on a compromise bill] are going,” Gonzalez says.