Everett Could Force Bikini Baristas to Cover Up

Officials argue the coffee stands have led to prostitution and other crime. 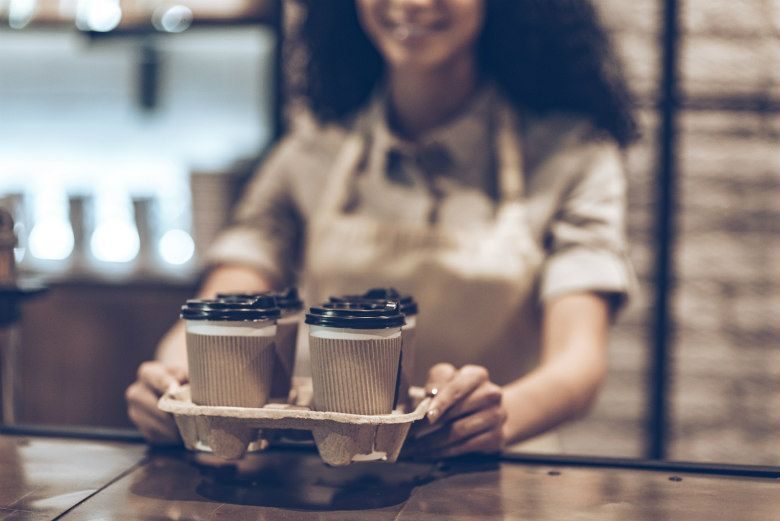 Everett officials are considering cracking down on one of Washington’s more provocative industries. The city council will weigh two proposed ordinances Wednesday that would require bikini baristas to cover up, the Everett Herald reports.

Apparently, the push to fully clothe the scantily-clad coffee pourers who work so-called bikini espresso stands, stems not from a puritanical offense to lady skin. Rather, in recent years the bikini barista shacks have led to prostitution and women being pressured to flash customers for cash.

“I can’t emphasize enough that this bill is not about anybody being offended by seeing women in bikinis,” assistant city attorney Ramsey Ramerman tells the Herald. “We are trying to deal with the secondary criminal conduct we’ve seen at these stands.”

According to the paper, drug use has been rampant among the baristas and even the women who didn’t engage in prostitution were routinely propositioned.

The first proposal would institute a dress code for quick-serve restaurants, which would cover the coffee stands and fast food joints. This would mean bikini baristas and seductively dressed McDonald’s employees would have to at least wear a tank top and shorts. Failure to cover enough skin would result in a $250 fine and force owners to get a probationary license to stay operating. Subsequent violations could trigger steeper fines and eventually force them to close.

The second ordinance would expand what constitutes lewd conduct, a gross misdemeanor for anyone profiting off said lewdness, carrying a maximum penalty of a $5,000 fine and/or up to a year in jail. In awkward vice principal speak, the ordinance describes exactly how much underboob and butt cheek can be exposed in a public place. (Read the precise areola-covering guidelines here, if you dare.)