A local librarian is fighting back against fake news 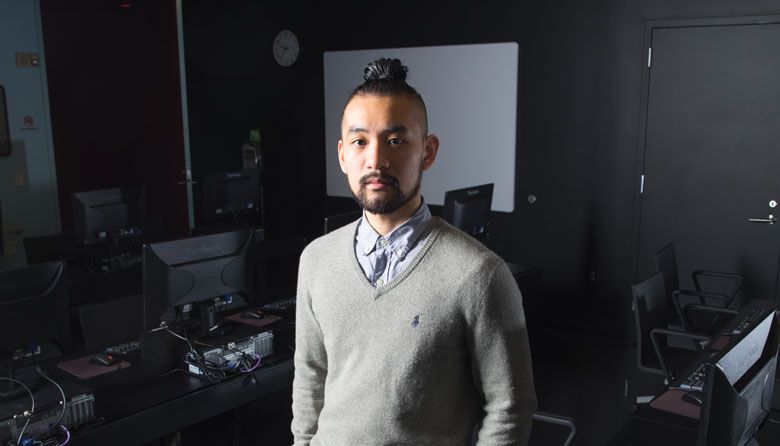 Since Di Zhang emigrated from China to Beacon Hill 24 years ago, the library has been his second home. “It was always kind of a safe space for me to read, explore and soak up information,” says Zhang, who now works as an adult services librarian at Seattle’s Central Library. Zhang has surrounded himself with information his entire life, but is now tackling its antithesis: misinformation, or, as we say these days, fake news.

Zhang, who was temping at the Central Library during the 2016 election season, saw firsthand the remarkable amount of misinformation going around and the effect it was having on the public. “People would see stories on social media and they would ask us to fact-check them,” he says. Having spent so much time in the library system, with its commitment to keep the public informed, Zhang and other library staff came to realize a need to address media literacy and an opportunity to offer that service to the public.

In May 2017, Zhang spearheaded the launch of a new curriculum, “Fake News Survival Guide: Resources and Tips for Staying Informed,” a free class offered twice every three months in a computer lab at the Central Library. (Space is limited, and registration is not required; the library recommends getting there early for a guaranteed seat.) Senior adults, Zhang says, a group that is less comfortable navigating the internet, are most frequently in attendance. But the class is something people of all ages can benefit from. “Even the digital natives—they feel like they can evaluate information better, but studies show they actually can’t.”

Zhang, a digital native himself at 29 years old, emphasizes this point within his curriculum. He finds that taking examples from his own life in which he was duped by falsehoods helps him connect with and educate his students. “You can be misled by a cause,” says Zhang, who aims to foster vigilance against content that exploits emotions and fears, such as propaganda, manipulative advertisements and misleading contexts. “Consume the content before sharing it,” Zhang says. “Look at the source.”

Dawg Days
While Zhang was working toward a philosophy degree at the University of Washington, he participated in a student assistant library program. His first gig in the library system? Shelving in the Children’s Center at the Central Library.

Free Press
Zhang is grateful to have immigrated to a country with a free press, but understands there is room for improvement in the United States, which is why he’s fighting to keep readers and users informed.

Happy to Help
In addition to Zhang’s work as a fake-news buster, one of his other responsibilities at the library is heading the job resources program, helping applicants find openings, complete applications, draft résumés and get connected with the information they need to get to work.