In King County, and across the country, the opioid epidemic is only growing larger. But agreeing on a solution remains elusive. 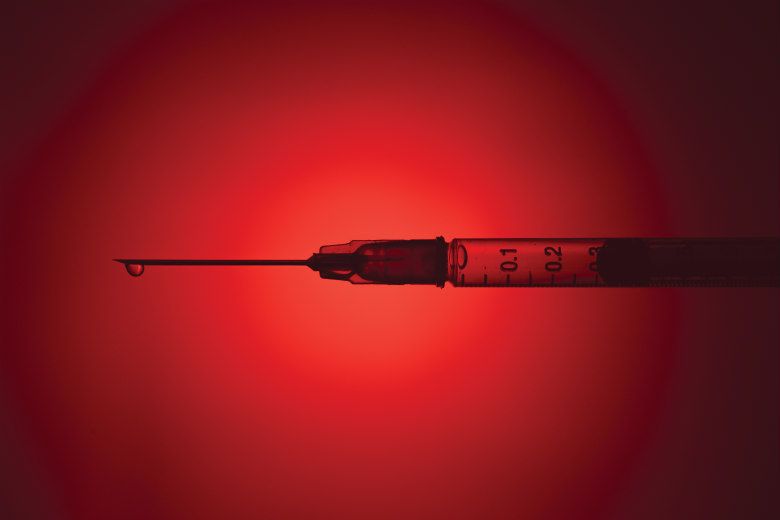 For months, there had been red flags. In the past, 19-year-old Amber Roberts had always made plans with her father, Michael Roberts, for his birthday. But this year, she canceled at the last minute without explanation.

A few weeks earlier, the former Lake Washington High School student had broken things off with her longtime boyfriend, who lived in Oregon, claiming he was “smothering” her. And friends who partied with her had noticed changes, too. Earlier that month, one of them had texted Amber’s mom telling her that Amber—the girl who still hated needles so much that she took her dad with her when she had to get a shot—had been doing heroin for the past several months. Alarmed, Amber’s mom contacted Roberts, and they made a plan to get their daughter into treatment as soon as Amber returned from Paradiso, a two-day music festival held every year at the Gorge.

But Amber had a friend drive her home from Paradiso early, complaining that she was sick. (Roberts believes she was in heroin withdrawal.) She left her mom’s house for a while, then came back and went upstairs, telling her mom and stepdad she was feeling fine. Roberts still remembers the last text he got from his daughter. “She texted me at around midnight to say she was fine,” he recalls. “And she probably died right after that.”

Heroin can kill slowly or quickly. Many people live through overdose after overdose—saved, in many cases, by the overdose reversal drug naloxone—and experience periods of recovery interspersed with periodic relapses. Others, like Amber, use the drug for just a short time—in Amber’s case, about four months—before taking a last, fatal dose. Sometimes, Roberts says, he feels lucky compared to parents who watch their kids struggle with addiction for years and years. Then he remembers his daughter’s loyalty, her “indescribable laugh” and her love for her family, and he says, “We would take that [struggle] over anything, because at least there would be a chance to save her.”

Since Amber’s death, Roberts, who lives in Kirkland, and Amber’s mother, Kristen Bretthauer, have started Amber’s HOPE (Heroin, Opiate Prevention and Education), a group that works to raise awareness of opiate addiction among teenagers. He’s also become an outspoken advocate for supervised consumption sites—places where users can inject or smoke their drug of choice under medical supervision, with access to wound care, detox and treatment referrals, and overdose reversal and prevention. The goal of supervised consumption isn’t to “cure” addicts. But, as Roberts says, it “can save people’s lives. That’s the bottom line for me. Once you’ve gone through what I went through, you will do anything for other parents not to have that experience.”

So far, there’s only one supervised injection site in North America: Insite, in Vancouver, British Columbia, which has an average of 514 injection-room visits every day, according to program founder Liz Evans. (Insite’s facility only caters to injection drug users; most safe consumption sites also allow people to smoke drugs as well as inject them.) But the sites are common across Europe and they could soon be coming to King County. Last year, the 27-member King County Heroin and Prescription Opiate Addiction Task Force, which includes political leaders, medical experts, drug-policy reform advocates and the mayors of several suburban cities, recommended that the county open two supervised consumption sites as a three-year pilot project, including one in Seattle.

King County Executive Dow Constantine and Seattle Mayor Ed Murray convened the task force last year in response to sharp increases in both opioid addiction and overdose deaths. In 2015, the last year for which finalized data is available, 132 people died of heroin overdoses in King County, up from 99 just two years earlier. Meanwhile, since 2015, heroin, rather than alcohol, is the primary reason people enter detox programs in King County. The recommendation for supervised consumption sites was just one of the task force’s eight proposals, which also included increased access to medication-assisted treatment with buprenorphine, a drug that reduces opioid cravings; widespread distribution of naloxone, a nasal spray that can reverse overdoses; and increased spending on prevention programs. But of all the recommendations, safe consumption has been by far the most controversial.

Opponents, such as state Senator Mark Miloscia, who represents Federal Way, argue that safe consumption sites enable users and normalize drug use; he believes drug users need to “hit rock bottom, where they’re looking death in the eye…that’s how you change behavior.” Miloscia, a conservative Republican who has sponsored legislation that would ban safe consumption sites as well as a bill banning all homeless encampments in Seattle, argues that shame, not acceptance, is what keeps people from using drugs. Proponents counter that safe injection sites keep drug users alive—by offering medical care, teaching safer injection practices and monitoring users for overdoses—and provide them with tools and services that help them reintegrate into society, even if they aren’t ready to quit.

“These spaces are not just about drug use—they’re about really connecting folks to community and not just kicking them back out onto the street,” says Patricia Sully, an attorney with the Seattle Public Defender Association (PDA) and the coordinator for Voices of Community Activists and Leaders (VOCAL-WA). VOCAL-WA, which operates under the umbrella of the PDA, is a grassroots group of low-income people, drug users and community advocates who work to promote harm reduction. “Drug treatment itself might not be the only thing people need. Many people need connections to mental health services. Many, many people need connections to housing. And we know that all of those things really make a huge impact in someone’s quality of life,” Sully says.

Harley Lever is a neighborhood activist who ran for mayor in this year’s race and founded the group Safe Seattle, which advocates against safe consumption sites. He says the problem with that point of view is that the sites “could never scale to the enormity of the problem,” which is only growing as drugs like fentanyl make street heroin more unpredictable and lethal. “If you said, ‘What’s going to save more lives?’ I think the science will back me up and say widespread distribution of naloxone is going to save far more lives” than safe consumption sites, Lever says.

Lever, like Roberts, came by his views on addiction the hard way. Two of his brothers, along with countless friends and relatives back in his hometown of Boston, have been addicted to heroin, and several have wound up in jail or died. One of Lever’s brothers has been clean for years; the other, an Army veteran who has spent years in and out of Veterans Administration (VA) rehabs, is now homeless and living, Lever says, on “borrowed time.”

“[My brother] has OD’ed four times in the last year, and every time he was saved by naloxone,” Lever says. “He’s been in this constant cycle of being in treatment, getting sober, living in sober housing—and then, almost every single time, right when he gets his check [from the VA], he goes and spends it and he’s back in that cycle.”

Although one of his brothers quit “cold turkey” and “turned his life around,” Lever has slim hopes for his homeless sibling. “We’ve tried everything. It’s been 15 years, and he’s been so lucky to survive, but we know one day we’ll get the call,” he says. The VA has provided Lever’s brother with a place to stabilize himself and access health care and treatment, and it has probably helped him stay alive this long. But it hasn’t gotten him sober.

While one argument against safe consumption sites is that anything that allows addicts to continue using is the wrong solution to the opioid crisis, there are other objections.

Some who are opposed to safe consumption sites say the sites will bring crime and addiction to neighborhoods where drugs and crime were not previously a problem, or worry that the sites simply enable addicts to “slowly kill themselves by taking drugs and harming their bodies,” as Republican King County Council member Kathy Lambert, who represents Sammamish, Redmond and Issaquah, said back in June.

But the Vancouver Insite experience has proven otherwise. Insite founder Evans says the amount of street disorder around the facility has declined significantly since it opened in 2003, and that Insite staffers have reversed more than 6,000 overdoses; in 14 years, not one person has died at the site. Vancouver’s Downtown Eastside, where Insite is located, is a rough-edged but gentrifying neighborhood near the city’s Chinatown that has been plagued by drugs and crime for decades. Seattle has no real equivalent, since drug use here is more widely distributed throughout the city, which is one reason advocates here have argued for more than one safe consumption site.

Ultimately, the initiative may be unnecessary. In June, a majority of the King County Council voted to prohibit funding in the amended 2017–2018 budget for supervised drug consumption sites except in cities that explicitly approve them, and to bar county funding for any site outside Seattle. The vote effectively means that a safe consumption site couldn’t open until 2019 at the earliest, because the only potential funding source for a site in Seattle, the countywide Mental Illness and Drug Dependency tax, is already spoken for.

Officials in Seattle have not identified a specific site, but City Council and County Council members who represent the city, such as King County Council member Jeanne Kohl-Welles of District 4 (which includes Ballard, Fremont, Crown Hill and Wallingford), have said it will not be in any neighborhood that doesn’t want it, making Capitol Hill a more likely location than, say, Magnolia.

Dave Upthegrove, a County Council member who identifies as a Democrat and represents Burien and other South King County suburbs, says that while there is a lot of misinformation about the risk of safe consumption sites, “people’s emotions are real, and we need to be respectful of people’s fears.” He adds, “Even folks who have experienced heroin addiction in their own families are divided.” He fully supports the sites, however, and supports Seattle becoming the first city in the region to have them.

Roberts, who has been open about his own struggles with addiction, believes that the fears people have about drug users can only be addressed by destigmatizing addiction; more people also need to understand that even “good people” can get swept up by addiction. “There tends to be an attitude of ‘My child would never do that’; I really want to sway that view,” he says. “In one year, there were at least three overdoses at Amber’s high school. There’s just not enough awareness of the problem.”

With the dramatic increase of overdose deaths, he says, “there’s not going to be anyone around to deal with it anymore.”

Although Roberts and Lever—both King County residents whose families have been devastated by the impact of heroin addiction—have reached vastly different conclusions about how to solve the problem, they agree on this point.

“What I fear most is we’re going to die our way out of this epidemic,” Lever says.