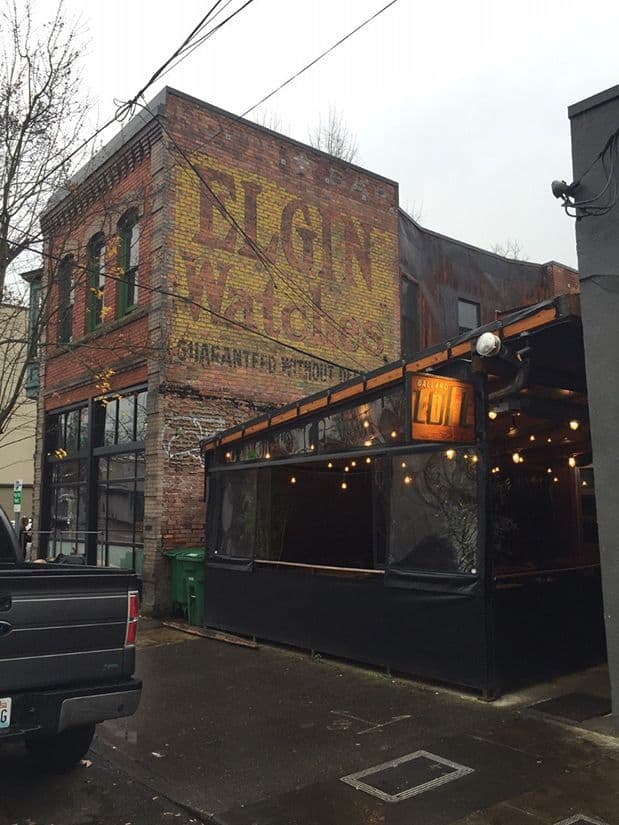 Earlier this fall, Pendleton, the definitive Northwest woolen mill with roots back to the 1860s, updated their Seattle store on 4th Ave. Fewer products, more color, it feels more like a fun gift shop now than an overstuffed cedar closet, and the company says it will be a model for future stores.

Another: the venerable C. C. Filson, the outdoor gear maker, known for its great woolen mackinaws, timber cruiser jackets and Alaska guide shirts with its origins in the Klondike Gold Rush. They have a spectacular flagship on First Ave. in SoDo, but are branching out with a second store in Seattle that’s nothing like their 10 other retail outlets. They’re opening a smaller “neighborhood” store in the heart of Ballard (the doors open at noon on Nov. 23). A promotional, old-timey newspaper touting the store’s opening carries the headline: “Filson Reaches Ballard.” It took 119 years, but it’s a match that seems inevitable. 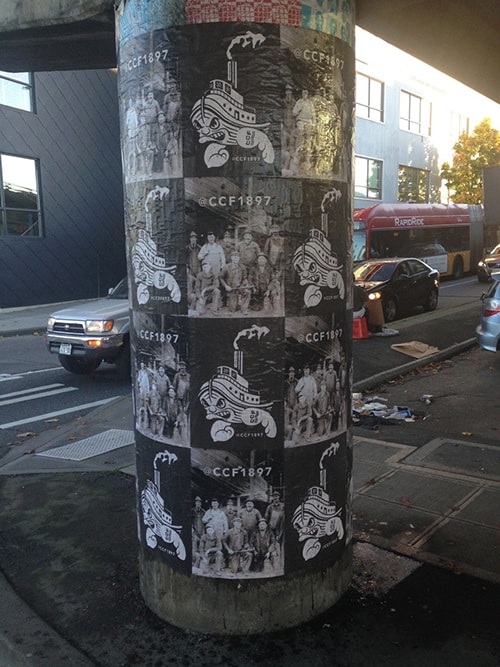 At least, they’d like you to think so. Ballard is a neighborhood—formerly a town—founded on mills and maritime work. Filson’s clothes are designed for the outdoors—they describe their line as “high functional workwear”— and the company eschews modern synthetics for old-school fabrics like heavy cotton, canvas, leather, and wool. Their work shirts last forever. A main market today are well-to-do-hunters and fishermen headed for Alaska, and urbanites who like the classic look of the garb and can afford it. But the Filson brand was built on clothing folks in the old blue-collar industries that made places like Ballard, and todays market bridges to the new Ballard of high-rises, hipsters, and microbrews. Posters touting the new store were plastered around the neighborhood as if Filson was a new band.

They’ve picked a cool location which is on the “wrong end” of Ballard Avenue at the intersection of NW Dock Street in an historic building that served most recently as a chandlery. This is a place where new Ballard has yet to dominate and industrial Ballard is still thriving—they are next to Ballard Sheet Metal Works. Filson’s Creative Director, Alex Carleton, a bearded, tattooed new Ballard-looking guy, says they like to think of the new shop as “Filson unplugged.” Where as the flagship is a more than 6,500 square foot showcase, the new spot is only 1,200 sq. feet and a feast of repurposed wood and cabinets, festooned with art, images and objects celebrating aspects of the Northwest’s maritime, logging, and outdoor culture, with some beautiful artwork by a local Native American artist hanging near the rafters.

Carleton says the shop is taking Filson back to its roots by being in “working” Ballard where he was pleased to find many local shipyard workers are wearing Filson garb. Filson’s products come with a lifetime guarantee and are built to take punishment, and the brand is well known to fishermen, ranchers and bush pilots, as well as people who just want to look good in classic outdoor wear. Carleton says the store is a kind of “homecoming. The shop feels like it’s always been here.” Which is true, save for when I visited just before it opened and it felt like a chaotic backstage before opening night. 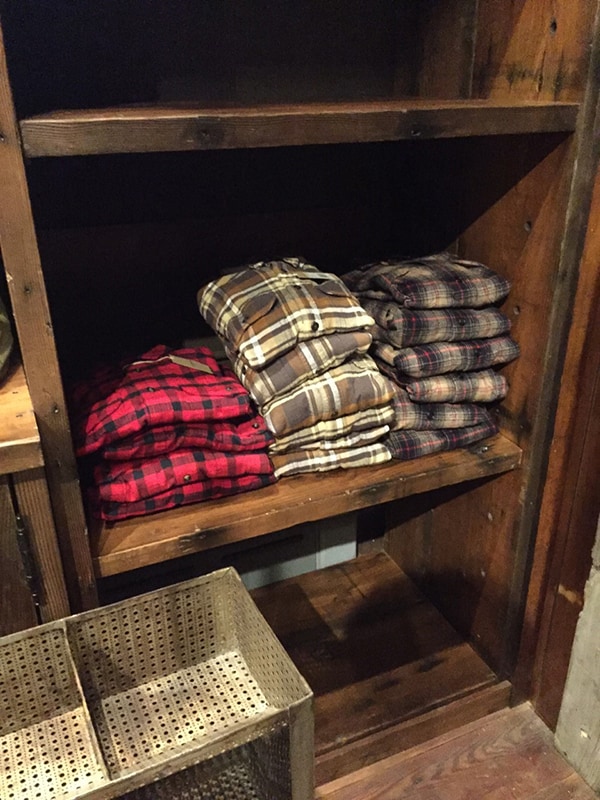 Filson’s stuff is mostly Filson made, though the new shop will carry “third-party” products. These include utilitarian things people might need like baseball hats, woolen blankets, coffee mugs, water bottles. The selection of clothing will feature wool, twill and Filson’s mainstay tin cloth—fabrics designed to take punishment, and keep you protected against the elements. I can say from personal experience that they do that. My father and grandfather wore Filson in the logging camps of the 1930s. My hooded Filson waxed jacket kept me warm, dry and protected from pepper pellets and tear gas when I covered the anti-WTO riots of 1999, a use old man Filson might never have imagined when outfitting prospectors for the Klondike.

Carleton says the new Filson is part of a “strategy of regionalism.” Emphasizing the connection the brand has to place, he believes, is especially important in this city of cranes that is changing so much so quickly. Filson has created an origin story in a neighborhood where it did not originate. They go so far as to have a story in their newspaper—which mimics the 19th century style with small, dense type on thin columns—as to whether founder C. C. Filson ever knew Capt. William Ballard, the neighborhood’s seafaring namesake. There’s no proof they ever met, but it provides a chance to tell some interesting history about the two who just might have crossed paths. The new outlet is heavily coated in context.