Although pay equity for women has improved, men are still paid more for the same work. Why is the problem even worse in King County than elsewhere? 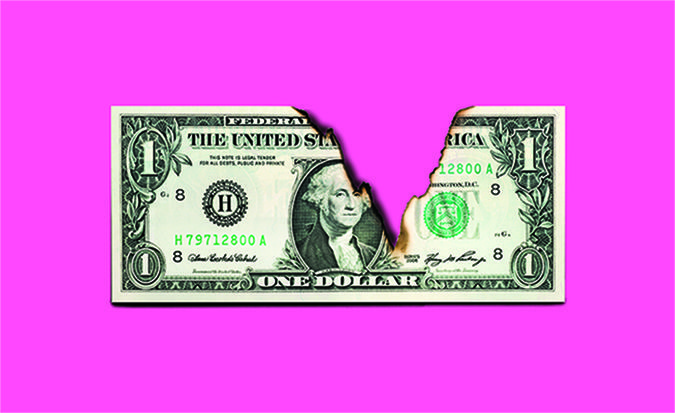 In 2015, Katie Moussouris filed a gender discrimination class action lawsuit against her former employer, Microsoft, accusing the tech giant of discriminating against women in technical roles with respect to pay and promotion. A month later, two more employees, Holly Muenchow and Dana Piermarini, were added as plaintiffs. The women claimed that their male colleagues were being promoted at a faster rate, despite being less qualified in some instances.

While Microsoft has denied the allegations in the ongoing case, the lawsuit sheds light on a decades-old issue that’s back in the news both locally and nationally: the gender wage gap.

Disturbingly, this gap is wider in King County than elsewhere. Reports by several women’s advocacy groups show that women here who work full time earn 76 cents for every dollar earned by men, compared with 78 cents for the state as a whole. If King County were a state, its wage gap would be worse than 41 other states. One report showed that the Seattle/Tacoma/Bellevue region—which boasts powerhouse employers Microsoft, Boeing, Amazon and Starbucks—fell dead last in a ranking of 50 large U.S. metropolitan regions in terms of pay disparity.

This wage disparity quickly adds up. Over the course of a year, a woman working full time in King County earns an estimated $16,000 less annually than a man, according to the 2015 “Status of Women in Washington” report produced by Washington nonprofit Women’s Funding Alliance (WFA). Over the course of a 40-year career, that adds up to $544,000 less. The report shows that women of color are even more severely affected.

These statistics are a few years old, but the numbers still hold fairly true, says Liz Vivian, WFA president and CEO. WFA is in the middle of conducting research for a new four-county regional report, and so far, “we haven’t seen radical changes that it’s different today,” says Vivian.

So why does our seemingly progressive and affluent region take last place in income equity? It helps to understand the makeup of metropolitan areas in general, the economic drivers of our region specifically and the cultural expectations that have long guided women’s career choices.

While metropolitan areas like Seattle typically have a highly educated set of women drawn by abundant job opportunities, the Pacific Northwest has historically been built on male-dominated, high-paying, economy-driven industries such as aerospace, maritime, forestry and other natural resources. More recently, economy-driving fields, such as high tech and construction, have been added to the mix, which—again—are highly paid and tend to be male-dominated.

Why educated women don’t simply enter these high-paying fields is at the crux of the gender equity debate. “The choices we make are driven by cultural influence, family, education and race so much that they override what anyone might perceive as personal self-interest,” says Vivian.

A University of Washington study published in the October edition of the American Psychological Association’s Psychological Bulletin explored why women are underrepresented in some STEM (science, technology, engineering, math) fields. The study found three factors most likely to explain gendered patterns: a lack of precollege experience, gender gaps in belief about one’s abilities and a masculine culture that discourages women from participating.

WFA’s status report showed that women are more strongly represented in less lucrative fields, such as sales and service occupations. The existence of this more segregated workforce is why we have such a wide gender wage gap.

“That is changing,” says Vivian. “There are more women in construction today than decades ago, more in high tech, more at the Port [of Seattle], more in Boeing management.” The gap is closing, says Vivian, but slowly.

In fact, a calculation by the Washington, D.C.–based Institute for Women’s Policy Research, using census and community survey information, concludes that at the current rate of progress, the gender wage gap in Washington state won’t close until 2071. This means a girl who is 10 years old today will be close to retirement age before she’ll be paid the same wage as her male counterpart.

Closing the gap has implications beyond simple equity. There are also benefits to Washington’s economy. For example, if married working women in Washington ages 18 and older were paid the same as men in comparable positions, their average annual earnings would increase from $40,250 to $47,582, or 18.2 percent, according to the WFA report. This translates into an average of $7,332 per year for each family, which would raise the average annual income for married couples from $114,468 to $122,098.

When the national Partnership for Women & Families reported back in 2013 that the Seattle metropolitan area ranked so dismally on the gender pay inequity, Seattle leaders took notice. Then Mayor Mike McGinn, WFA’s Vivian, Seattle Metropolitan Chamber of Commerce CEO Maud Daudon and even Senator Patty Murray amped up efforts to address the problem.

One effort that took hold was 100% Talent—a joint initiative led by the chamber and WFA. Launched in 2015, its goal is to get businesses in the Greater Seattle area involved in addressing the gender wage gap issue.