Yes, there are middle class professional athletes. But Clint Dempsey is not one of them. 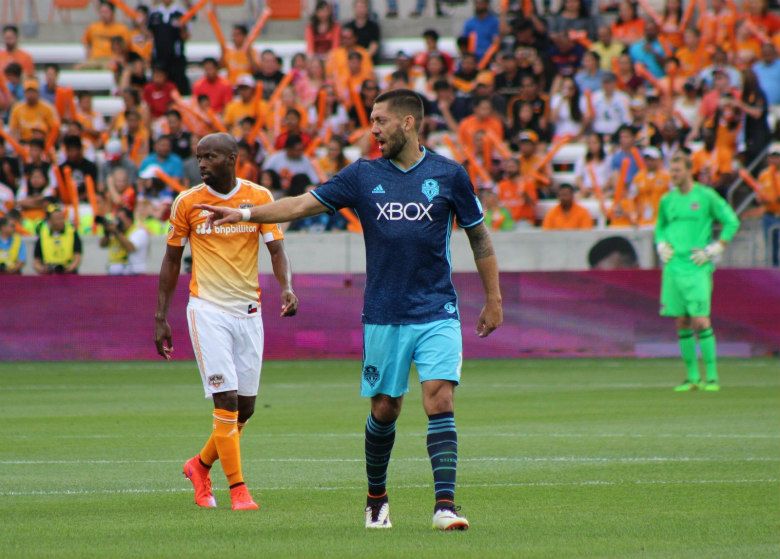 Clint Dempsey is the soccer ballin’ man. And by Major League Soccer standards, he gets paid like it.

Of course, not everyone in the league still finding its footing in America commands the seven-figure deal the Sounders star and U.S. men’s national team legend receives.

Last month the MLS Players Union released player salary numbers (not including bonuses) for the current season, as the Sounder at Heart blog reported. While the bigger names like Dempsey make serious coin, it’s still a far cry from the glammy deals NBA or MLB hotshots get. Many of our lesser known local soccer pros make less than a teacher from Renton.

According to the Seattle Times, during the 2015-2016 school year the average Washington teacher made nearly $69,400—a couple grand more than Sounders backup midfielder Aaron Kovar or No. 2 goalkeeper Bryan Meredith, who each pull roughly $66,000 a season. A handful of younger Sounders reserves will make $53,000 this year. In Shoreline, the average teacher’s salary is nearly $78,700, so perhaps that English degree pays off after all.

While popular players like Jordan Morris ($237,500), midfield maestro Nicolas Lodeiro ($1.7 million) and Dempsey the scruffy wonder ($3.9 million) bank way more than your favorite high school teacher, the soccer stars of Seattle are far from the league’s highest paid player, Orlando City midfielder Kaká at $7.2 million. Skip across the Atlantic pond to Europe where a cool seven milly seems like loose change to world-class soccer players, who are compared to the sun and the moon. Real Madrid’s Cristiano Ronaldo, for example, cleared roughly $77 million last year including bonuses and endorsement deals, per Forbes.

While soccer’s popularity in the United States is on the rise, it won’t reach the religious heights (and accompanying salary bumps) it has throughout the rest of the world anytime soon. Since our Rave Green boys aren’t exactly making Ronaldo money, keep your eyes peeled for them taking the bus to work like the rest of us.

And maybe throw your favorite rookie some Fred Meyer coupons while they’re signing your jersey. This town ain’t cheap.

Check out the full list of Sounders salaries at Sounder at Heart.