The History of Beer in Seattle

Or, how a motley crew of local hippies, brew nerds, aficionados and accidental chemists forever ch 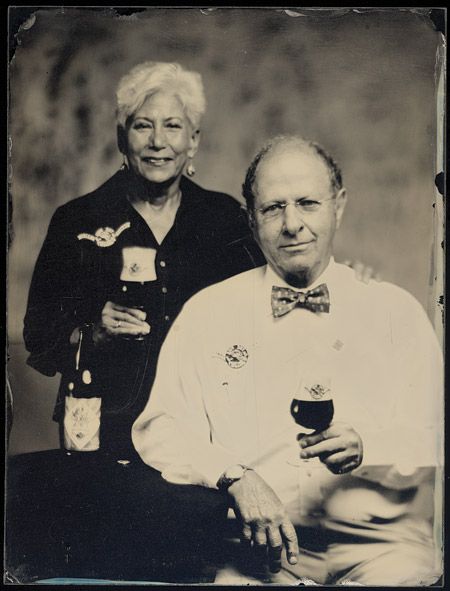 The story of beer in the Northwest is the story of people—people who love beer. The dedicated souls who made Seattle a bastion of all things brewed are not only some of the most passionate about their chosen subject, but also come from different places, walks of life and generations, bound by their love of one of the oldest and most diverse beverages on the planet. ¶ The explosion in Northwest craft brewing began in the early to mid-1980s and focused on “Northwest”-style ales—generously hopped and bold in flavor. But our history with beer dates to well before the craft movement.

In the 19th century, German-style beers—light lagers such as Olympia and Rainier—reigned. Olympia Brewing Company in Tumwater produced from 1896 until 2003 (first as the Capital Brewing Company). The Schmidt family sold it in 1982, and the brewery changed hands several times, finally shutting down in 2003.

The Rainier Brewery was the culmination of the merger and sale of several breweries at various times in the late 19th century, including Claussen-Sweeney Brewing Company, Bay View Brewery, Seattle Malting and Brewing Company, and Sick’s Rainier Brewing Company. The dates are foggy, but most accounts set a brewery on the Rainier site in Georgetown beginning around 1883, producing the most popular beer in the Northwest for more than a half-century. Eventually, Rainier was sold to Pabst, which closed the Seattle facility in 1999. Still, the sense of loyalty and identification with the Northwest remains; though it was “just Rainier,” it was ours.

That sense of ownership still resonates with Seattleites, and Seattle brewers old and young. The old guard waxes rhapsodic; Kevin Forhan, one of the Pike Place Brewery’s original brewers who now brews at The Ram at Northgate, says, “The first big brewery in town is still the big one we remember—the one you could smell from the freeway, the one whose owner’s name was stuck on the old ballpark. You might know someone who had an uncle who drove a forklift down there. It was better than that beer from a couple of towns away, maybe better than the big national brands from the Midwest—sure, there was a difference! It was named for the local mountain. We were loyal; it felt like ours.”

Alas, there are no more “Artesians,” no more “Rrrrrraiin-eeeeer Beeeeer,” as we remember from the commercials during Gunsmoke or The Munsters, but both Vitamin R and Oly live on, still some of the kings of American-style lager, being produced in their retro aluminum cans in California. Rainier has even been popping up in the Twilight movies, securing its place in the current teen-hipster lexicon.

While the big boys of beer catered to the blue-collar palate, the “Seattle Sound” of beer exploded in the mid-1980s. The late English beer writer and historian Michael Jackson credits Scottish-American brewer Bert Grant with establishing the Northwest style of a hoppier India pale ale style. Grant’s Brewery Pub was founded in Yakima in 1982 and is widely considered to be the first microbrewery in the Northwest. Grant was known for his flamboyant ways—roaring around in a white Rolls-Royce with “Real Ale” vanity plates, malting (toasting) his own barley in a skillet on his kitchen stove, and downing many a pint at his pub while dressed in full Scottish regalia, including kilt and sporran. A huge flirt with ruddy cheeks, he truly enjoyed the conviviality of the public house. His pub was in the old railway station, and he held court at a table in the middle of the room, into his 70s. When he died in 2001, we lost the godfather of Northwest Brewing, and a true bon vivant. The pub closed in 2005.

But luckily, there were forces already at work growing the Northwest beer scene. In the late 1960s, Oklahoman Charles Finkel, a passionate young aficionado of all things fermented, established the country’s first boutique wine and beer importing company called Bon Vin, and later, Merchant du Vin. As Finkel tells it, he tasted Ste. Michelle wine in 1969 (before the company added the “Chateau”), called up the winery and asked if he could be its distributor. Finkel then began traveling throughout the U.K., Germany and Belgium to find beers to import. Samuel Smith’s was one of his most notable discoveries, and he worked with the brewery to revive a few old historical beer styles. Samuel Smith’s Oatmeal Stout became a huge hit in the states, with a label that Finkel, also a graphic designer, created to reflect the Victorian roots of this dark, dry stout. Another beer he encouraged was the Tadcaster Old Brewery’s “The Famous Taddy” Porter. If you look closely at that label, you’ll see a diamond-shaped center not unlike the current logo for Pike Brewing Company, the brewery he opened in 1989, perhaps best known for its XXXXX Stout, a nod to the English stouts he loved.

“We were not exactly ‘in’ the Market,” Finkel says, “but ‘under’ the Market in the La Salle Hotel on Western.” The hotel was known for being a “bawdy house” and the headquarters of the notorious “Naughty Nellie,” a madame whose name graces Naughty Nellie Golden Ale. The Finkels created a sort of Willie Wonka–style brewery that ran 24/7, and in 1994, moved the brewery into its current space on First Avenue. The brewery runs on steam from the Seattle Steam Co. plant just down the street, and the Finkels are dedicated to sustainable brewing practices. In the early days, the brewery employed a slew of brewers, many of whom have gone on to brew at other places.

To those in the industry, the early days of Seattle’s first wave of craft brewing were exciting on a creative level. Brewers were constantly collaborating and competing to make the hoppiest IPA, or the best barley wine, or to find a new way to use their favorite hops. Beer is something created; it is a recipe, constantly tweaked. More hops; different hops. New yeasts; a little bit of this, a little bit of that. New styles were being created constantly, using herbs, spices, fruit, coffee, barrel aging and more.

Back then, Bill Patterson, the chef and owner of Chimayo on Orcas Island, worked for Murphy’s Pub in Wallingford. He fondly recalls the “first wave.” “I remember happening into the offices at [what was then] Pike Place Brewery and tasting from a table covered with pints of beer with owner Charles Finkel and [English beer writer] Michael Jackson.” Jackson was the strongest advocate for Northwest beer in the early days, and demanded that the world take these beers—brewed at Pike Place Brewery, Bert Grant’s in Yakima, the early Redhook Brewery and others—seriously.

Paul Shipman, who established Redhook Brewery with Gordon Bowker in 1981, first brewed their ales in an old transmission shop in Ballard. “He would deliver kegs himself [to Murphy’s] in the back of his pickup,” says Patterson. “At first, it had a banana flavor from whatever yeast he was using.” But Shipman—as well as many young brewers—modified his formula and hit the jackpot with Redhook’s ESB, and came to produce some of the most popular beer in the Northwest—and the country.

He moved his brewery from Fremont to Woodinville, and merged with Widmer in 2003 under the Craft Brewers Alliance (Anheuser-Busch owns about 35 percent of the company), but the now-classic Northwest-style ale has become a standard for microbrews in Seattle, such as Pyramid (which is no longer brewed here), and later the Elysian Brewing Company and other breweries across the country.

With the rise in craft brewing as a national movement, Seattle lost some of its cachet to Portland, Denver, Boulder, San Diego, Maine and other places, perhaps partly because most of our small breweries don’t distribute much out of state.

But Seattle’s brewers operate on a sort of informal apprenticeship model—brewers learn from each other and then move on to other breweries, leading to experimentation and the birth of new developments. This centuries-old process, more than anything else, may have contributed to the current resurgence in Seattle brewing, with new microbreweries and nanobreweries opening every month, and unique beer-focused bars, gastropubs and bottle shops popping up, once again securing Seattle’s status as a beer lover’s paradise.